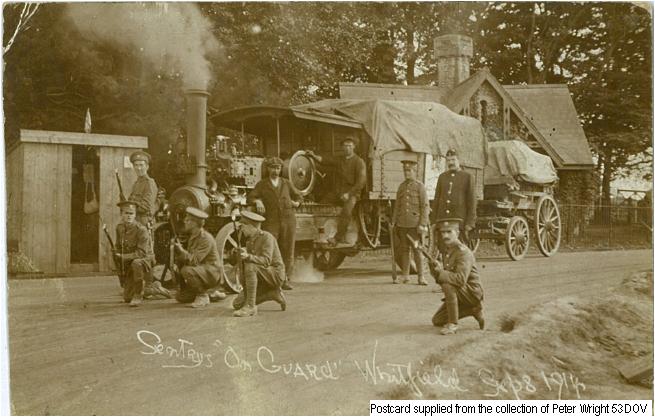 An early picture showing the Sentries on guard in Whitfield, Nr Dover. The exact location is unknown*. Civilians would have become accustomed to being challenged to show their documents as they approached Dover as it was a restricted area during the First World War.

‘The cottage was at the top of Whitfield Hill before the roundabout and new road system was there. There were two other cottages in other locations and I understood they were connected to Old Park House.’