The Sands and Promenade Westbrook Margate

The seaplane referred to in the transcript below was most probably based at St Mildred’s Bay Westgate which was a Royal Navy Air Service ( RNAS) base from 1914. In early August the call went out locally for volunteers to relieve the guard of 15 men at the airbase. There was also an airfield at the top of the cliffs but this was a very difficult place to land or take off from and after several accidents the land based aeroplanes were moved to Manston from 1915-1916. 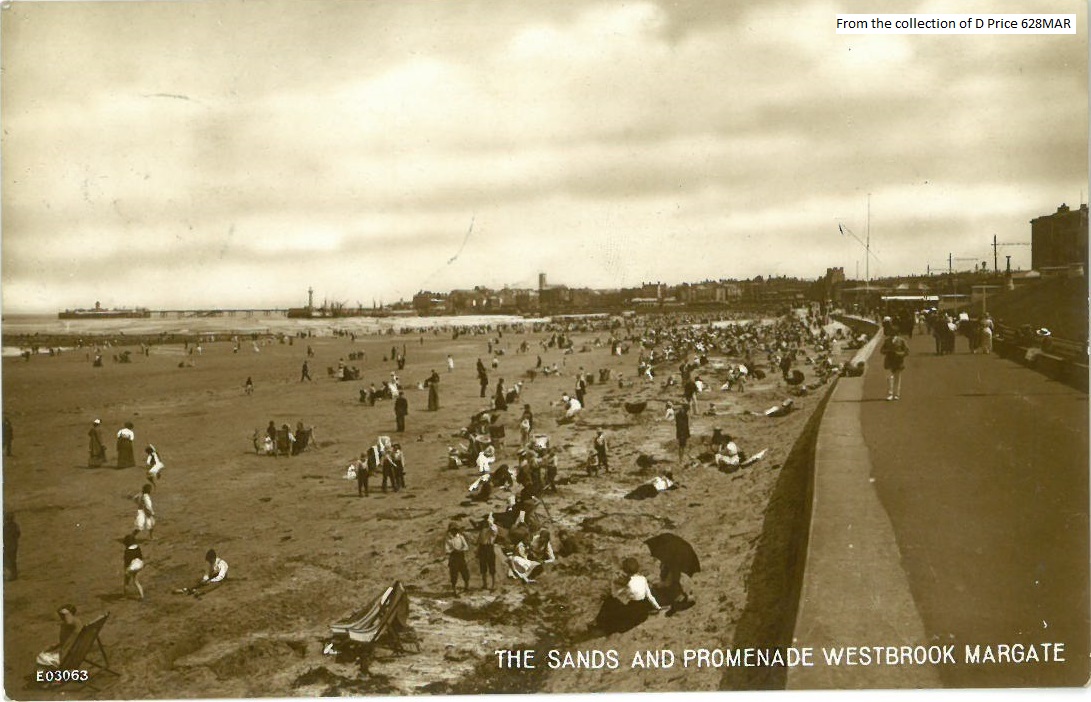 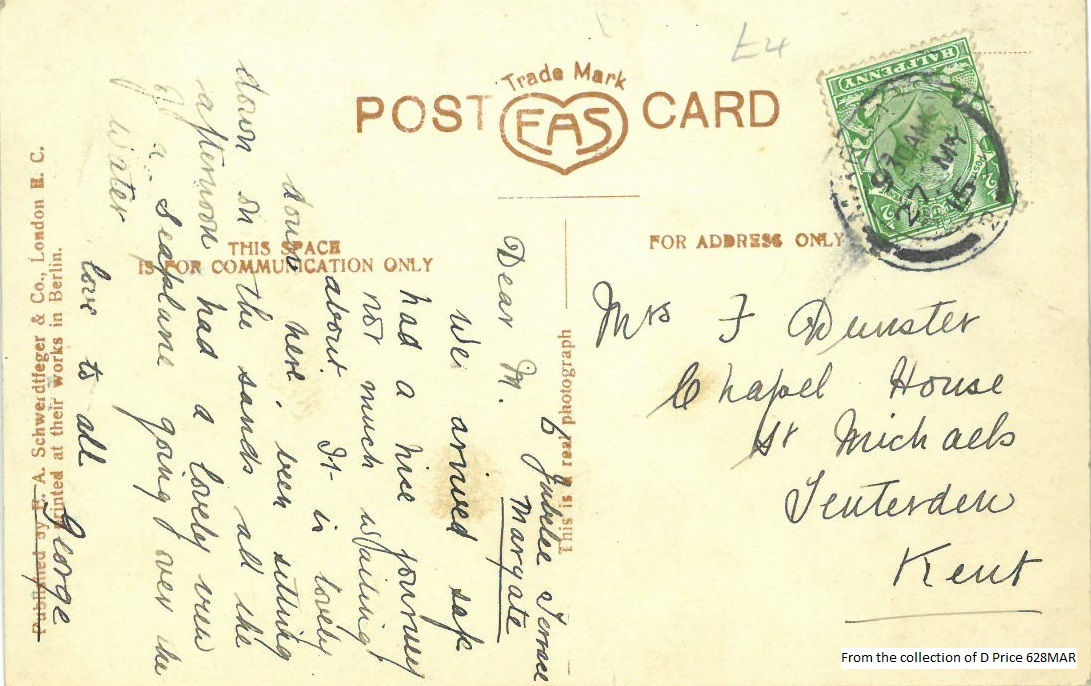 We arrived safe had a nice journey not so much walking about. It is lovely down here, been sitting down on the sands all afternoon had a lovely view of a seaplane going over the water