This postcard shows an image of a tent camp of the Royal Engineers on the Lower Cricket Ground at Tunbridge Wells. The Engineers found it very uncomfortable in their tents due to flooding during heavy and persistent rains. According to the Kent and Sussex Courier dated October 16, 1914, the “stories of the flooding of the camp were exaggerated”, but nevertheless, according to the Army Regulations the outdoor Camp had to be broken up at the end of October 1914. The officers and men were then to be billeted in the houses of Broadwater Down and other parts of town which have been rented for the purpose by the military authorities. 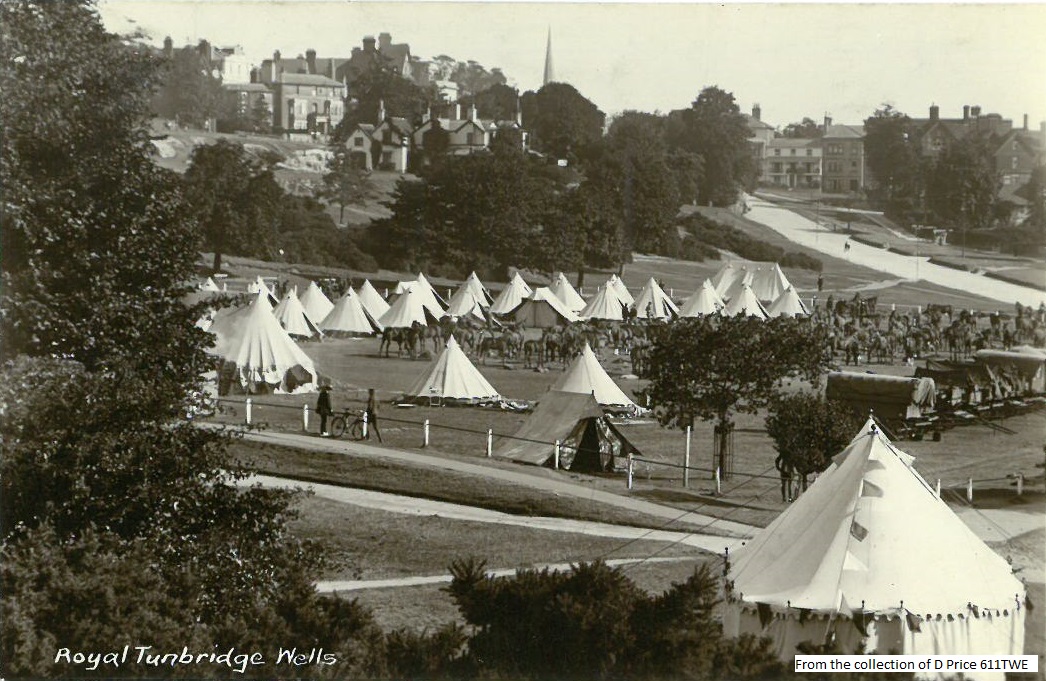