Pictured here is a sketch of Denis Chetwynd’s mother who was a Red Cross Nurse at Quex Park Mansion in Birchington during the Great War. Quex ParK became a Voluntary Aid Detachment Hospital in 1914 by its owner Major Powell Cotton. Mrs Chetwynd nursed the wounded Belgians at the beginning of the war and later went on to also treat many other nationalities. 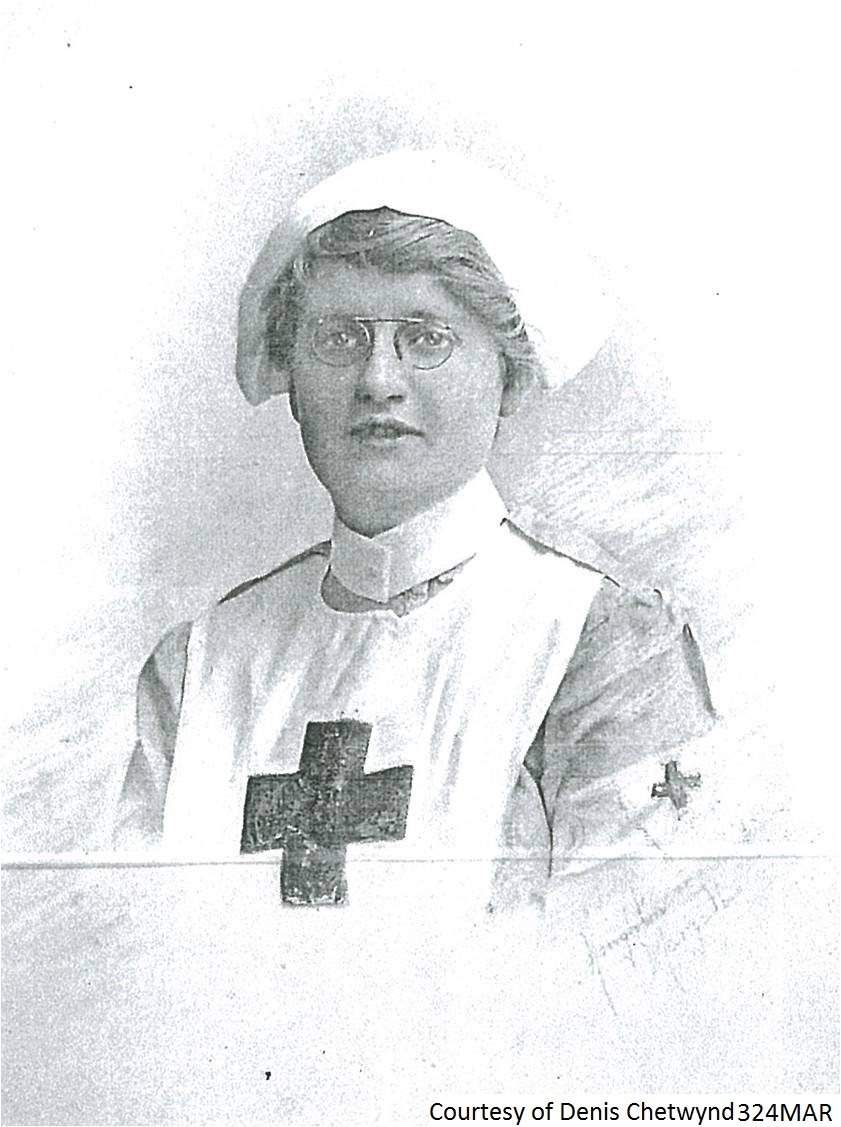 Denis also told us about his father who enlisted early in the war, but was invalided out after 6 weeks on medical grounds from a childhood accident that resulted in limited mobility of one arm. He subsequently spent the remainder of the war as a Telegraphist (his peacetime occupation) around the coasts of England and Northan Ireland on secret war work with the armed forces.