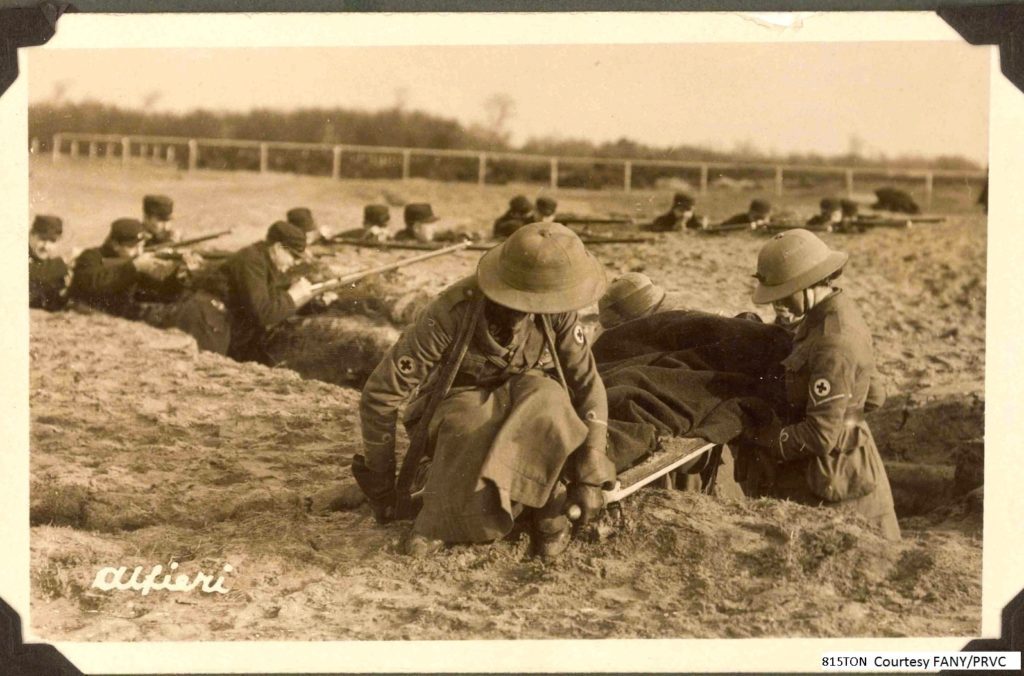 Miss Margaret Waite, born 1894 in Tonbridge, was one of three nurses [First Aid Nursing Yeomanry Corps] who were honoured by the King of the Belgians for their bravery under shell fire whilst rescuing wounded men from the front line trenches, not far from Oostkerke in April 1915. They were initially allowed by an officer to go forward, but as the Germans began shelling the area, they were ordered back. They ignored the order and attended the wounded in the trenches and then accompanied them back to safety.