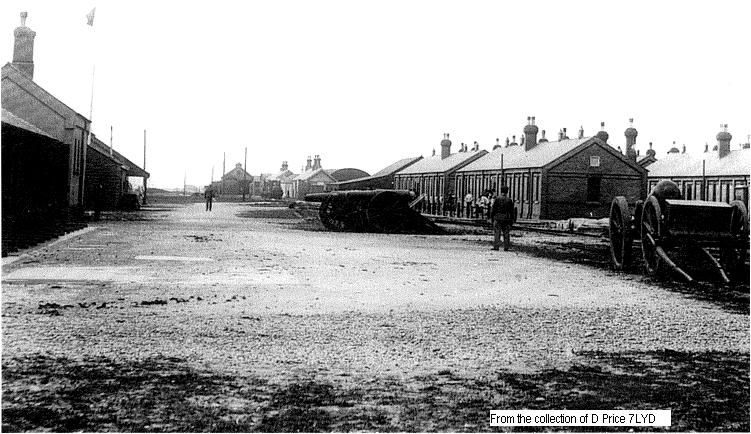 An unusual image from inside the camp showing the large guns which were used for training. There appears to be an inspection taking place outside of the hut on the right of the picture. These huts appear to be the original brick built huts rather than the tin huts which were erected during the First World War due to the expansion of operations at the Camp.