Gravesend in the Great War

Welcome to the town page for Gravesend. Explore your town map to discover people who lived in your town during the First World War.

Don’t forget to visit the 100 MILES page for the Trail information and downloadable leaflet, booklet, walking directions and quiz.  These trails were developed with assistance from Gravesham Borough Council.

Gravesend is a town steeped in maritime heritage and also historically an industrial centre. Gravesend’s position on the River Thames and its maritime and industrial heritage gave the town an important role during the First World War.

In Gravesend of particular interest was the pontoon bridge built in 1914 between Gravesend and Tilbury and consisting of floating pontoons which could be moved for shipping to pass up the Thames. The bridge was used to move men rapidly across the Thames between Essex and Kent and also as a defence against u-Boats.

The ferry running between Gravesend and Tilbury was also in operation during the First World War.

VAD run hospitals were mobilised at the Yacht Club, Gravesend (opened in October 1914 and took in Belgian wounded) and Rosherville Hotel, Gravesend which opened November 1914.These were staffed by local women and men.

It was realised early in the War that Gravesend could be subjected to air raids with the Mayor issuing a warning in October 1914 that civilians would be at risk during a raid and they were to stay indoors if they heard guns firing. Gravesend was subjected to air raids from Zeppelins and Gotha planes throughout the War and in 1915 a bomb damaged the Yacht Club Hospital but luckily there were no serious injuries. The hospital was repaired and remained open until May 1919.

A unique story is of Gravesend resident Captain Robert Campbell a prisoner of war who was granted a 2 week leave to visit his dying mother by the Kaiser in 1916 with Captain Campbell’s word as an officer as his bond that he would return to continue his captivity – he duly visited his mother and returned to captivity.

Northfleet Dockyard was the site of the Stewart Concrete Ship Co which employed a large number of women workers and the Imperial Paper Mills was a large employer who lost 54 members of staff during the First World War.

The Gravesend War Memorial on Windmill Hill was unveiled in 1922 and lists 565 names.

1. The Pontoon Bridge to Tilbury 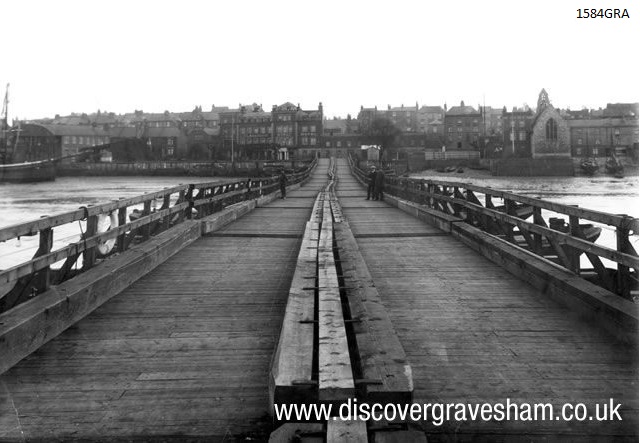 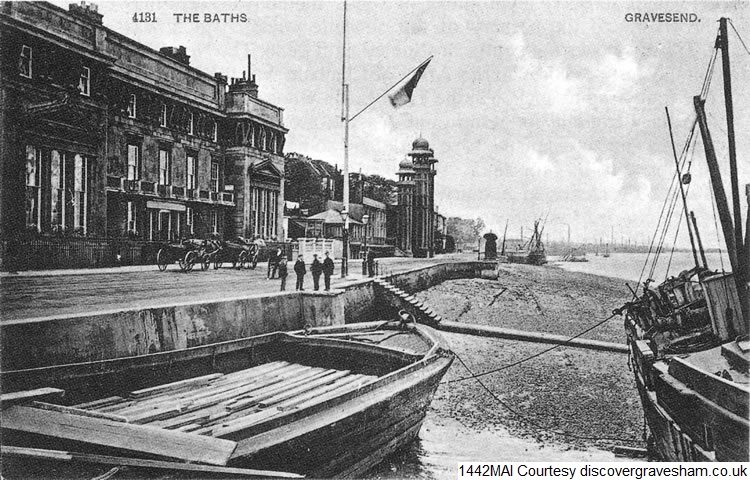 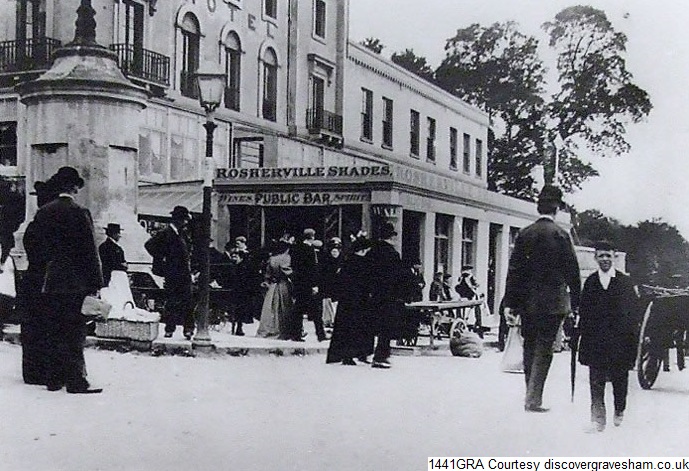 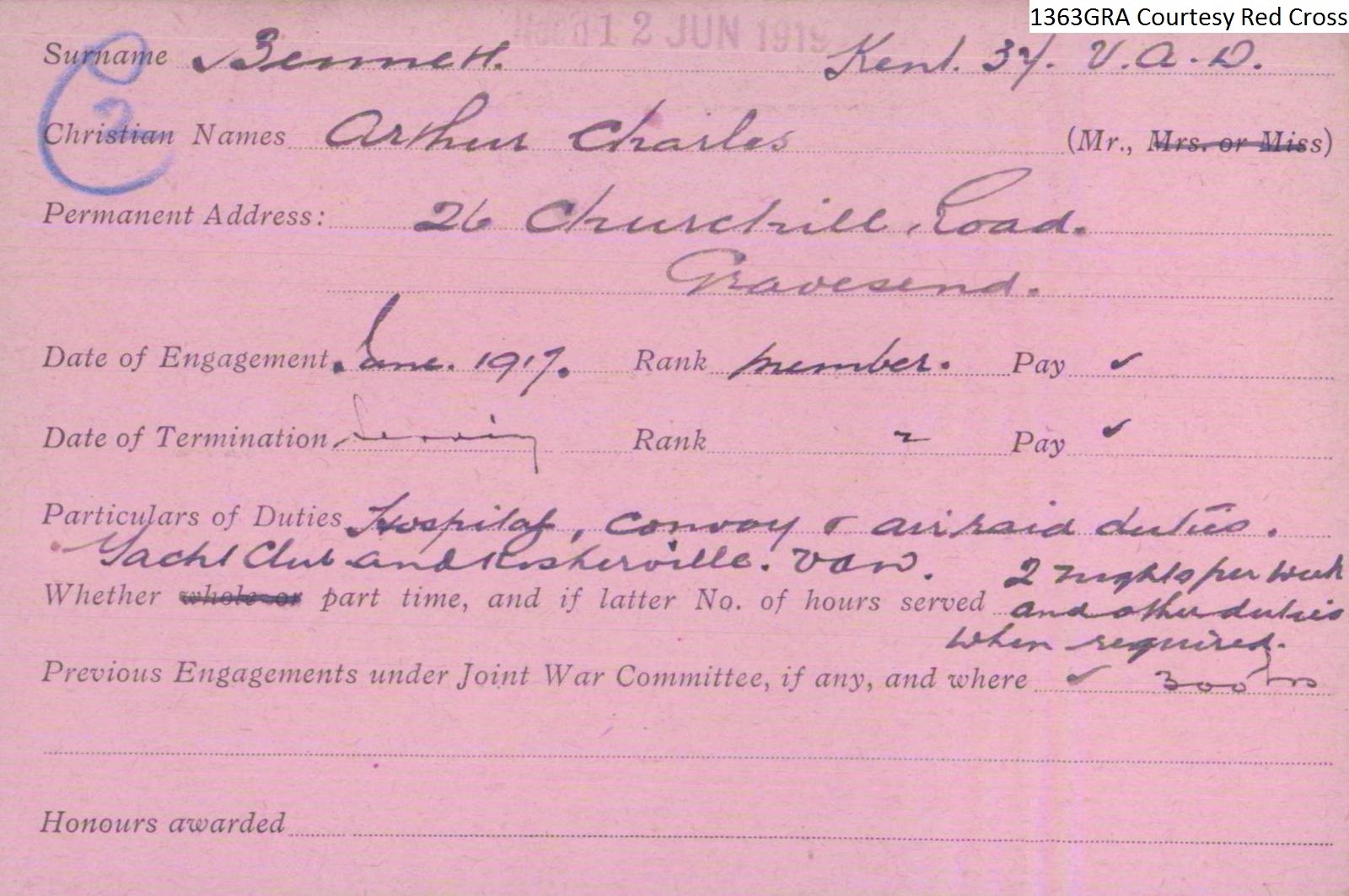 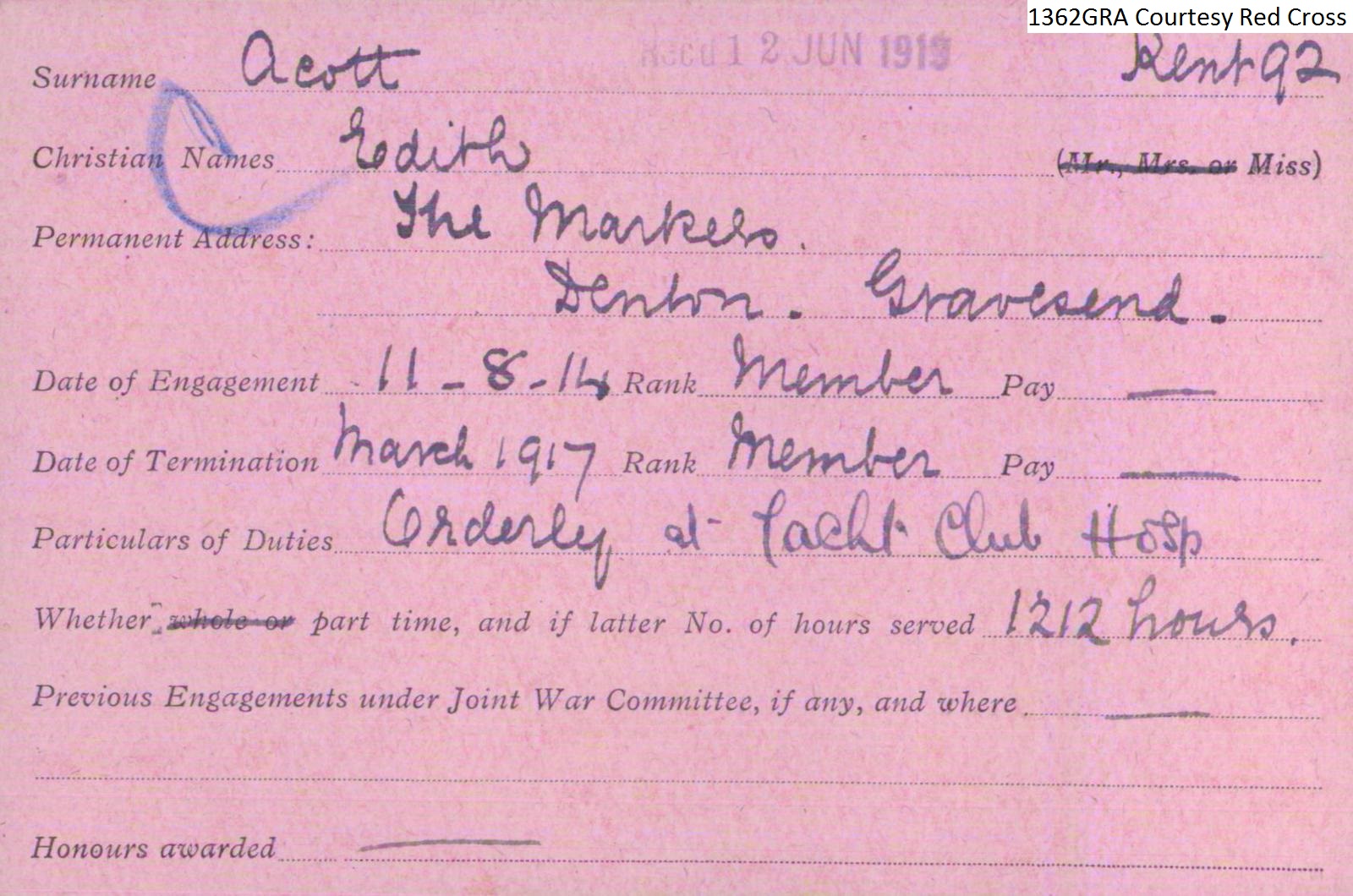 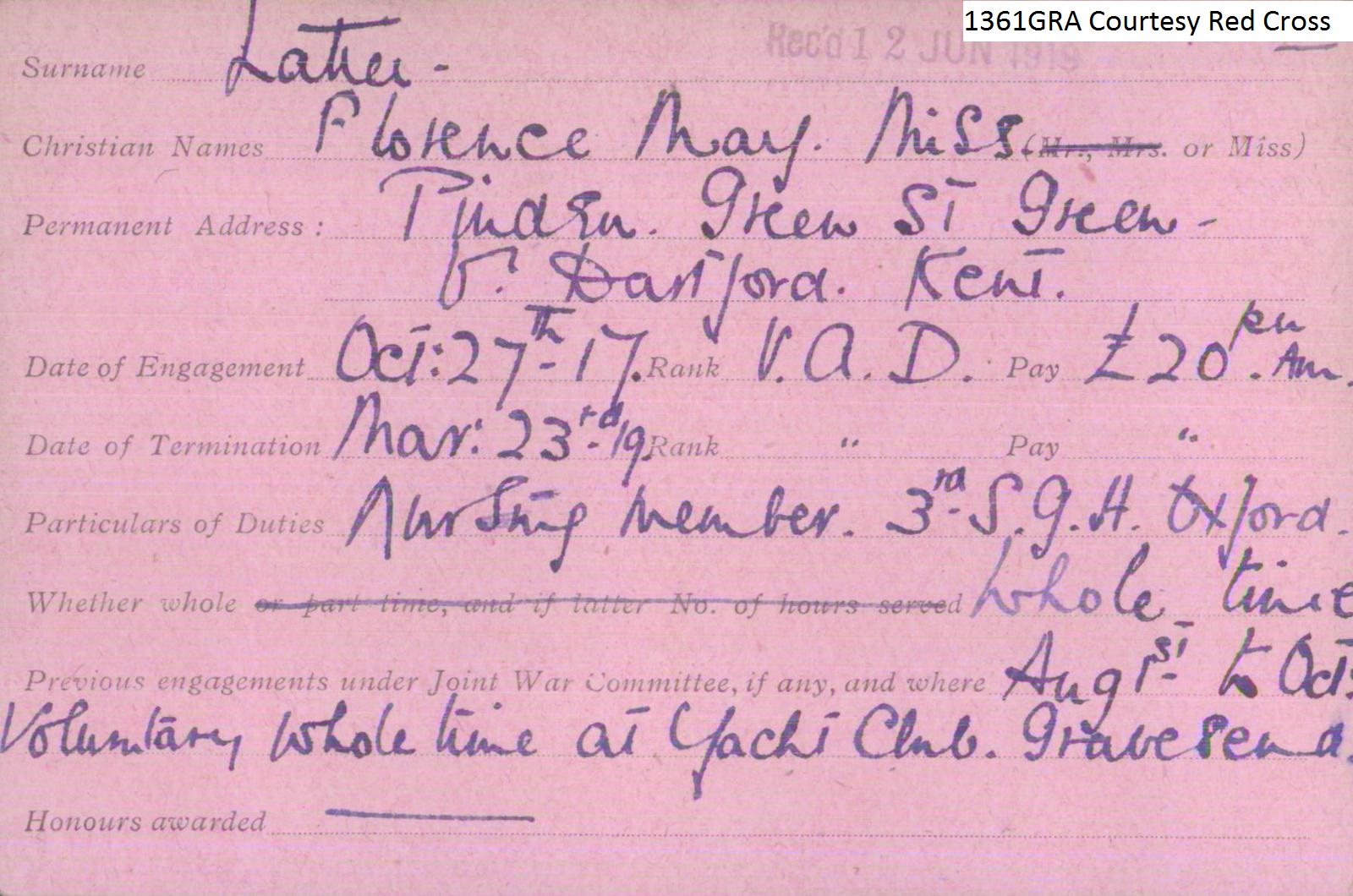 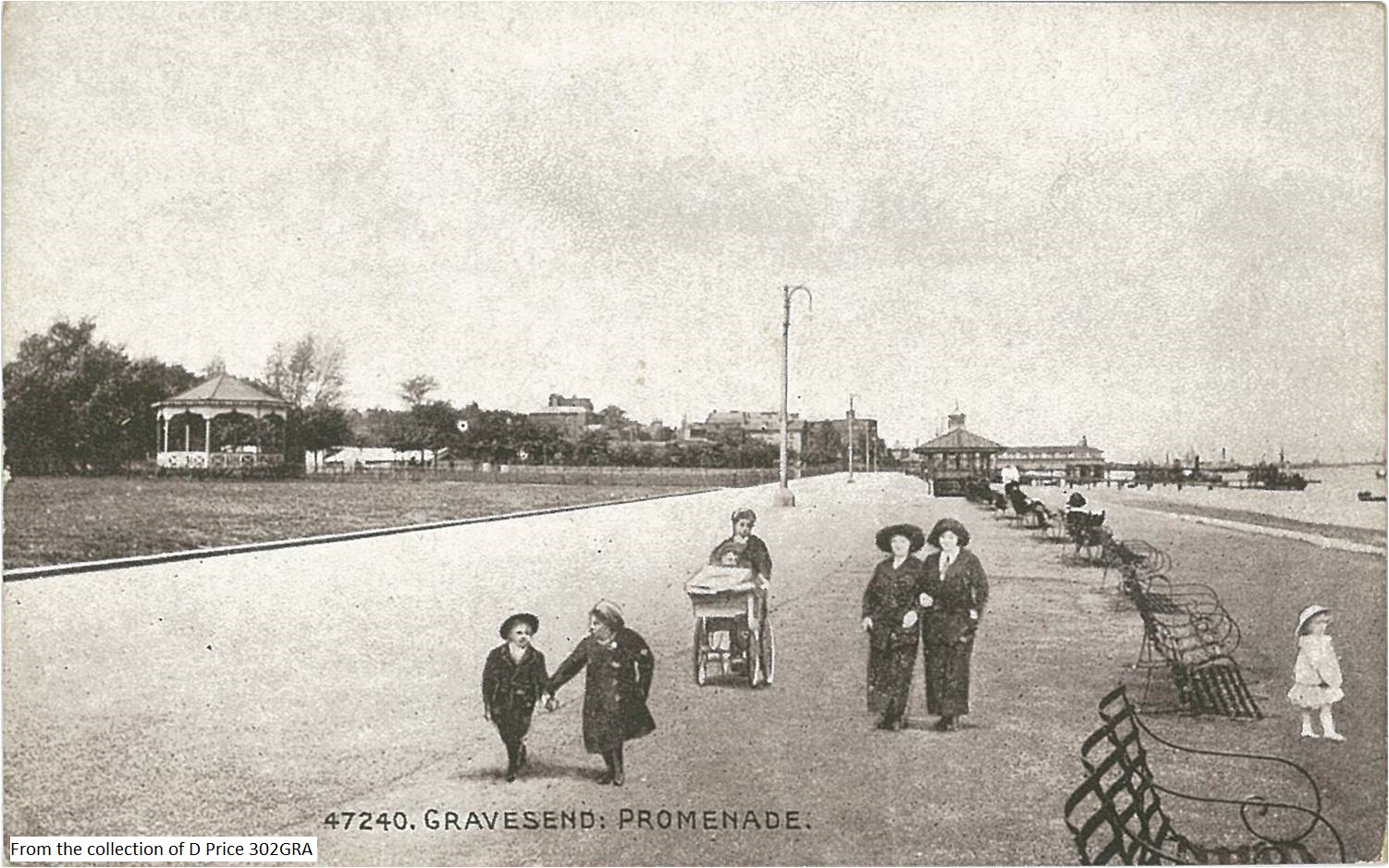 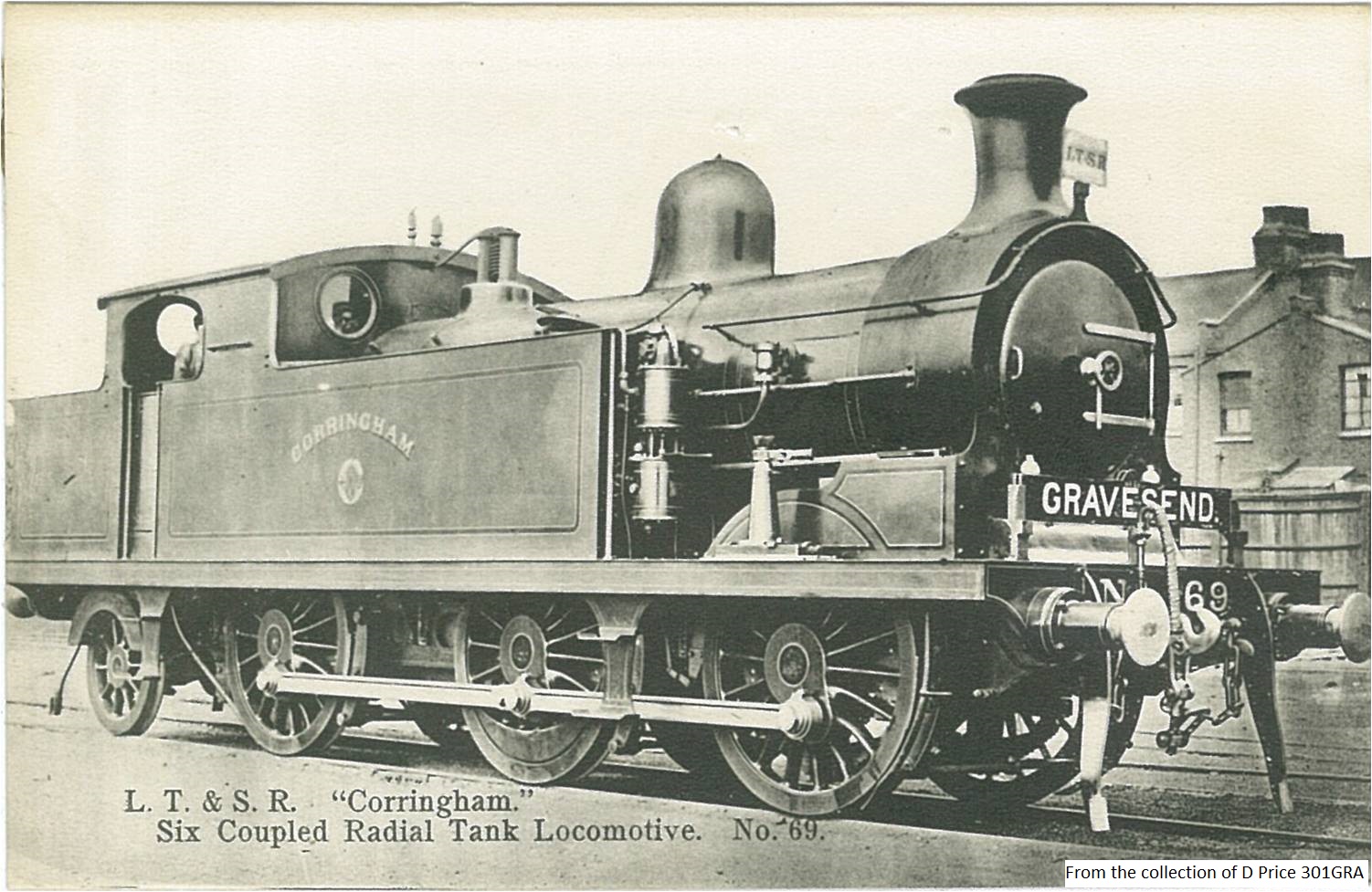 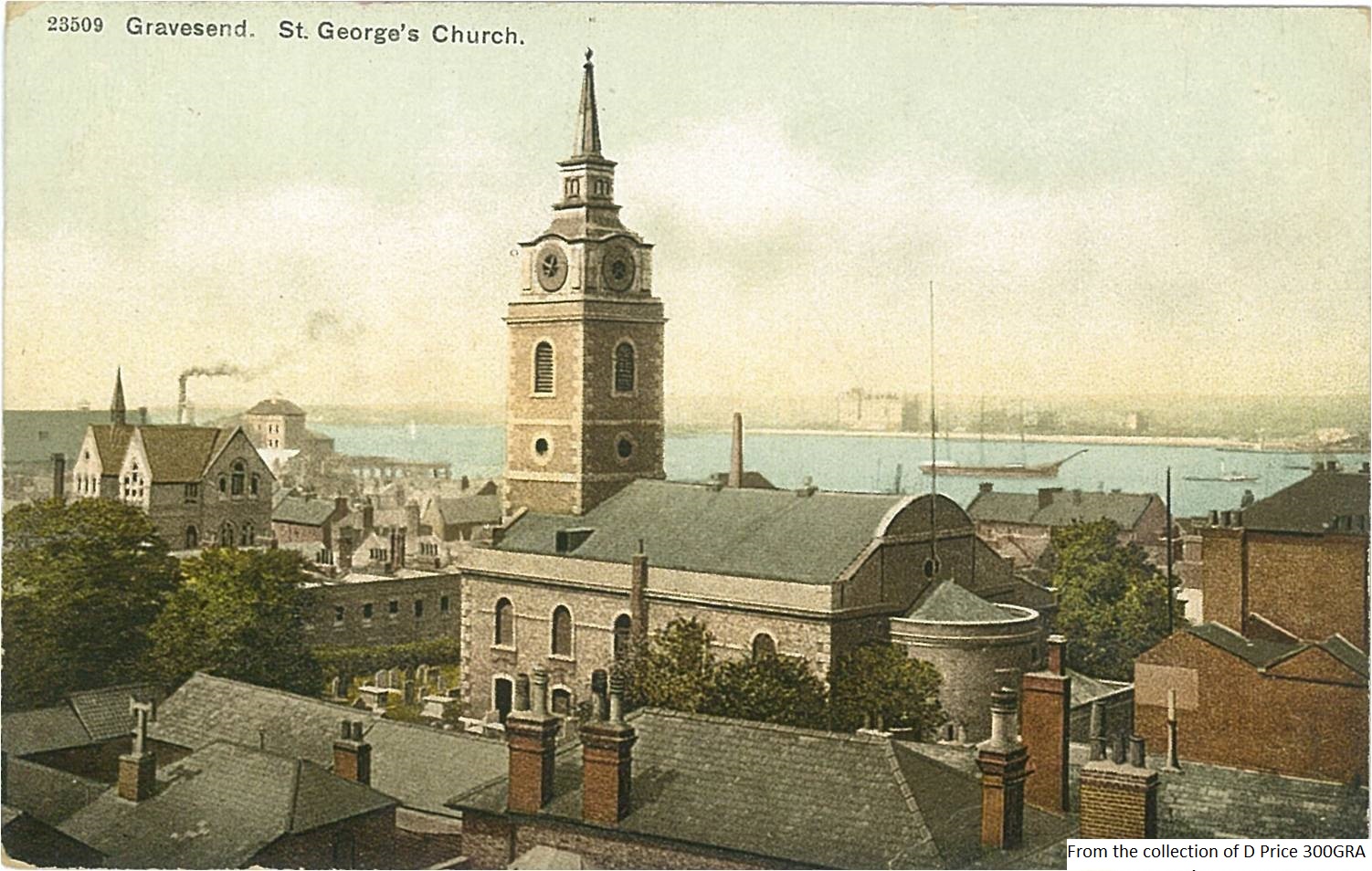 A memorial to Charles Albert Walker, a chorister who was killed in action in 1915 was added in 1921. 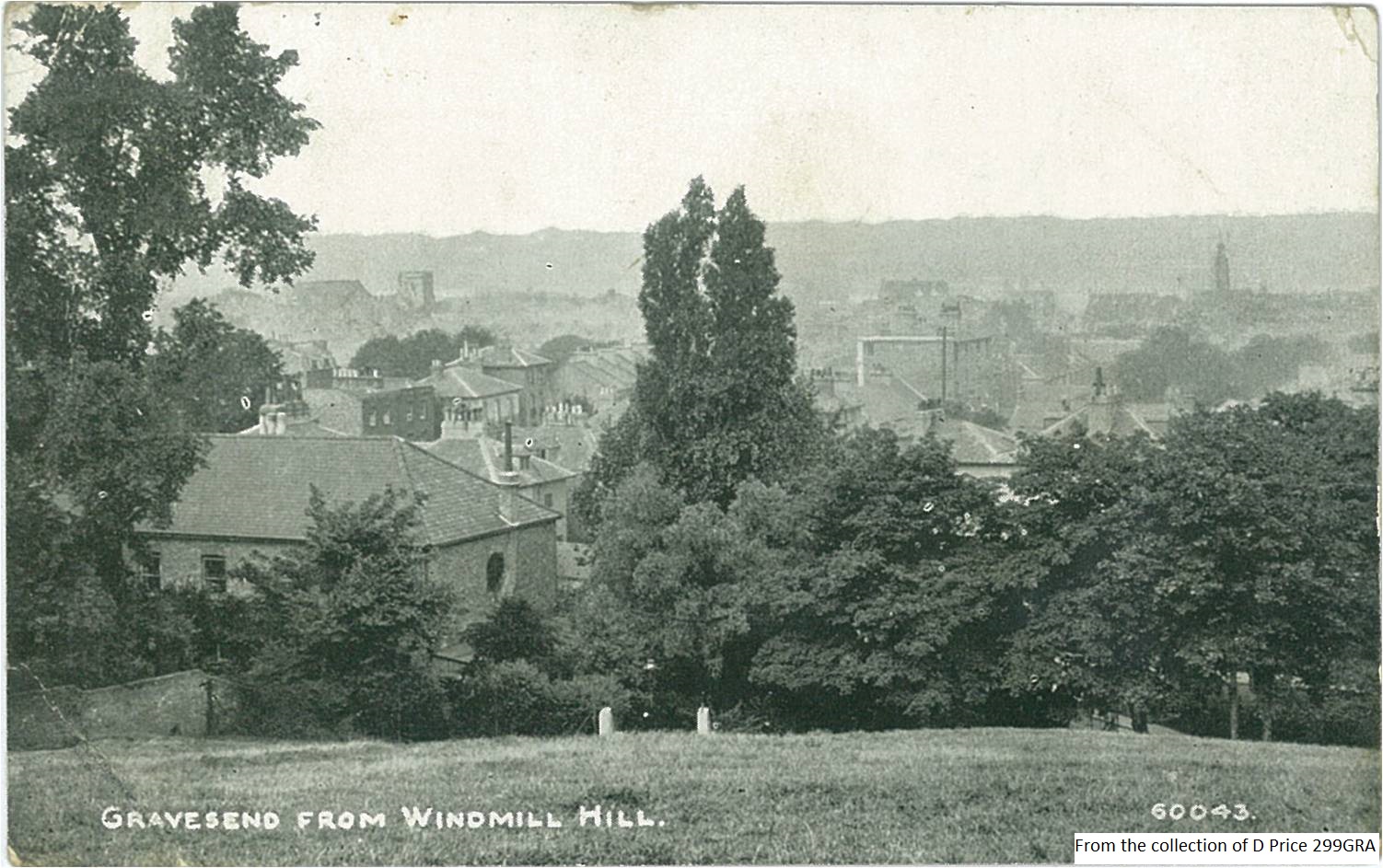 In 1922 Gravesend’s War Memorial in Windmill Hill Gardens was unveiled by General Lord Home. Approximately 20 tons of granite were used in its construction.

The card is stamped: 8 pm 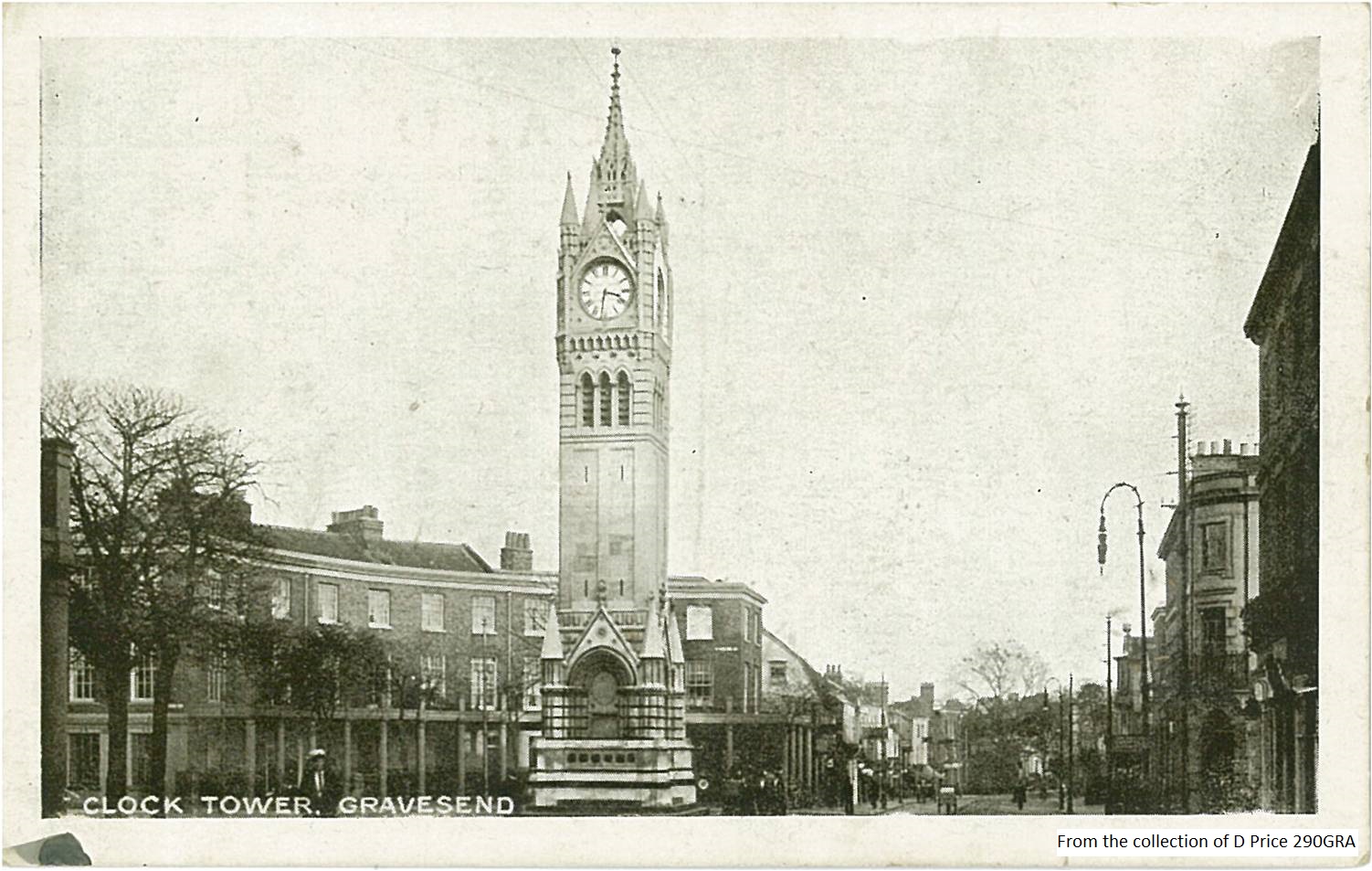 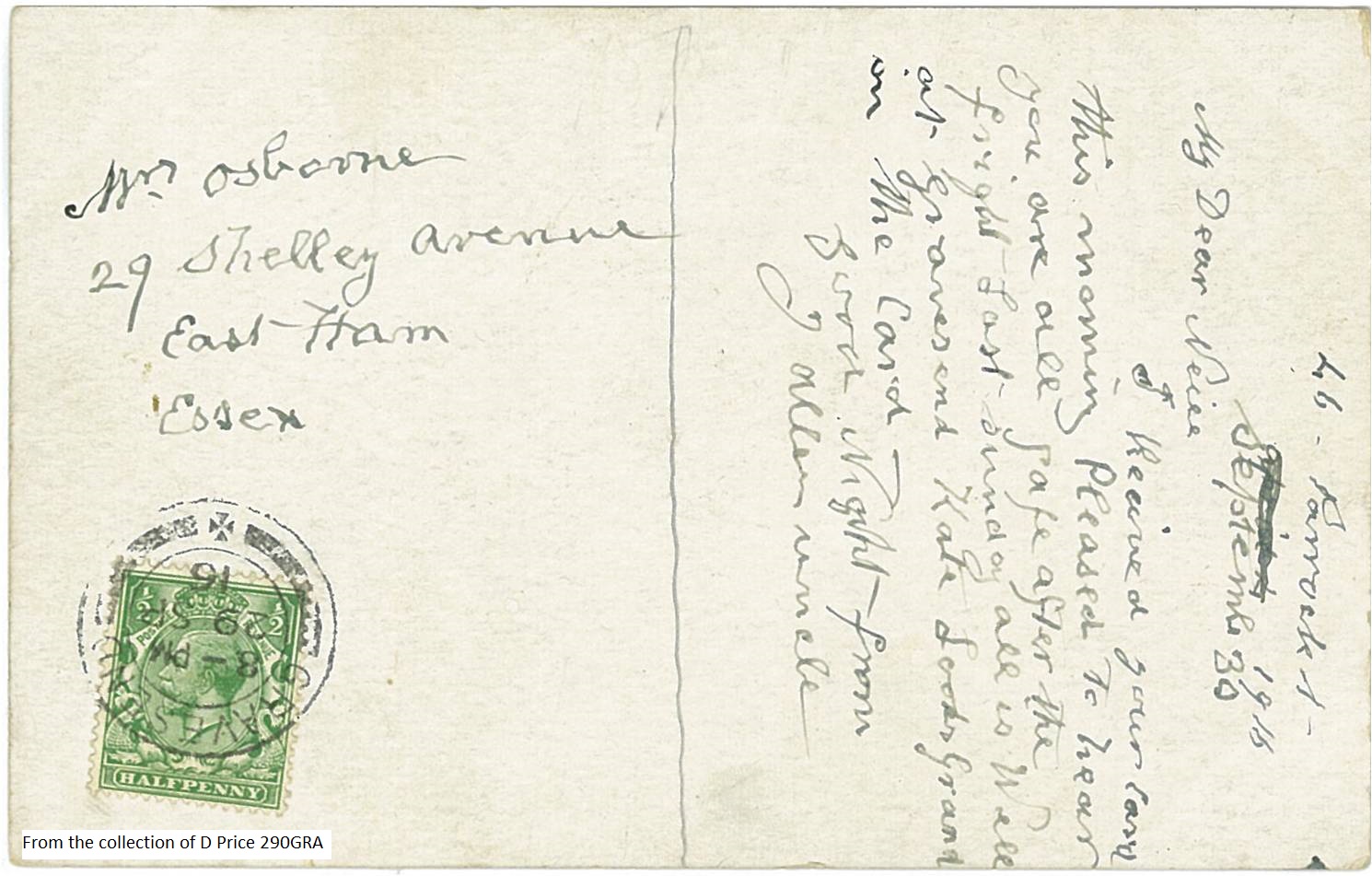 I received your parcel this morning. Pleased to hear you are all safe after the fright last Sunday all is well at Gravesend Kate looks grand in the card 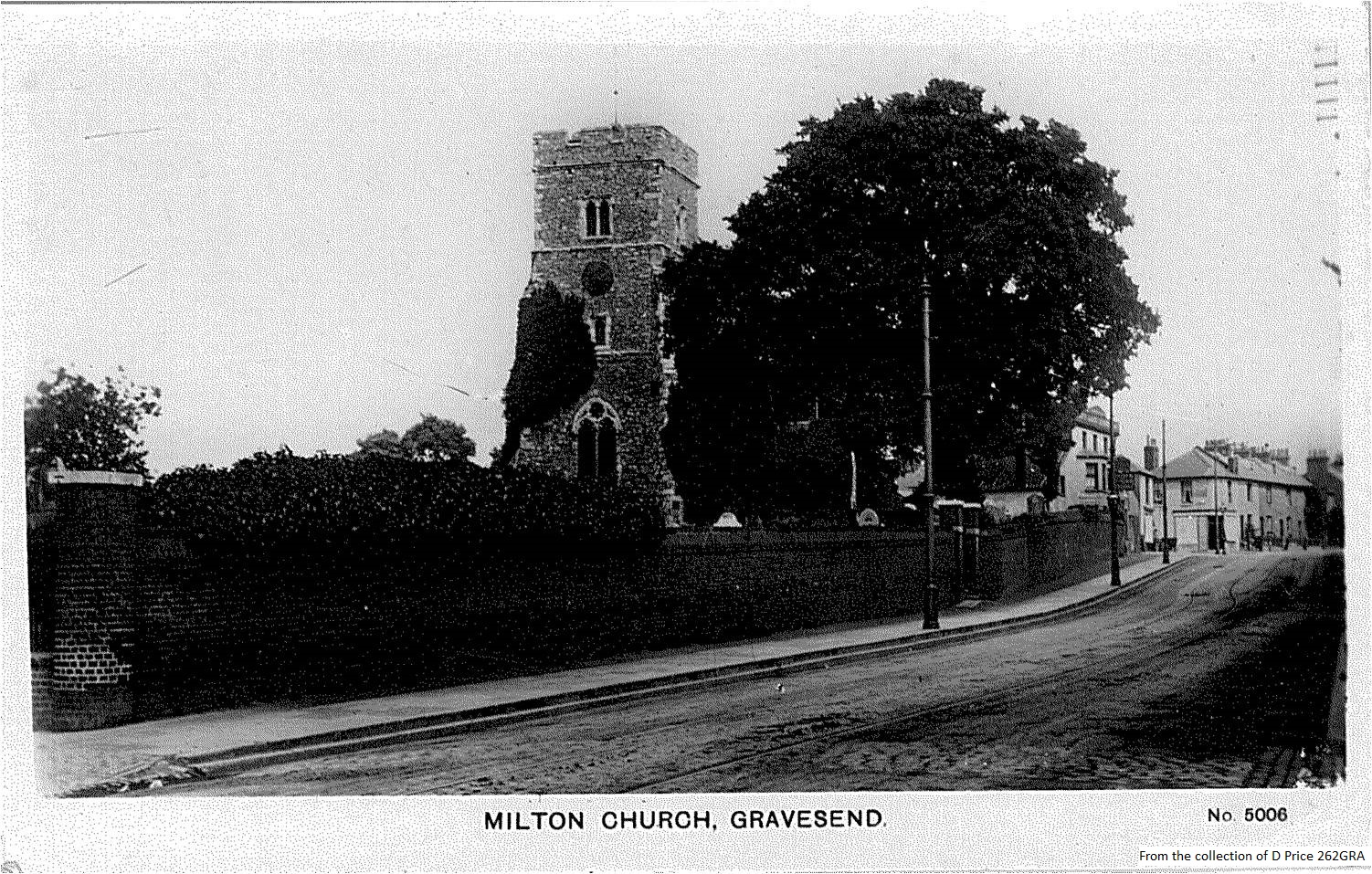 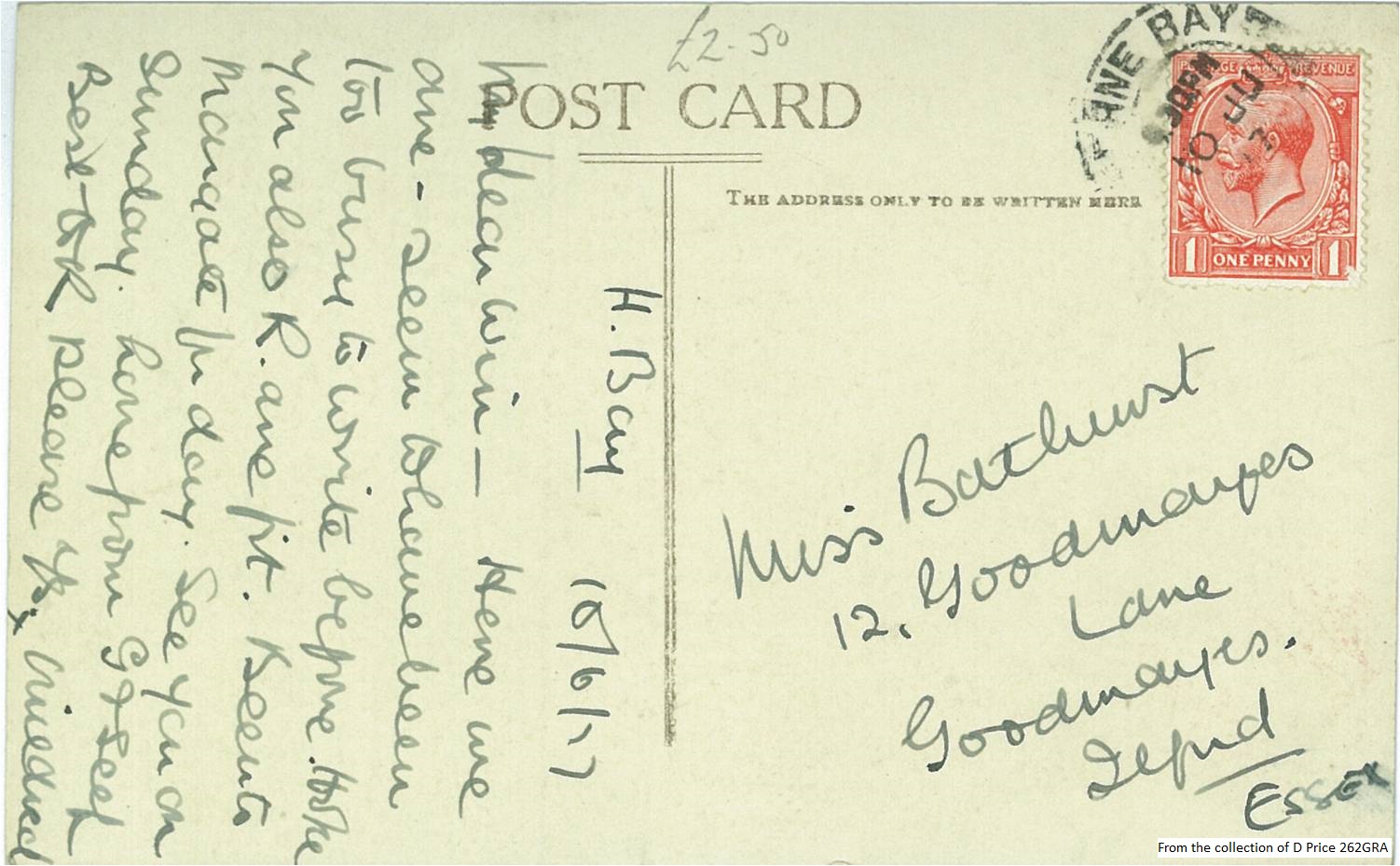 Hope you are safe, thought about you also Mr B AT Brixton, we were up until nearly 3 a.m. , saw the one that came down near Billericay splendidly , what a noise there was , every blower hooted and whistles went amid cheers and clapping. We heard the bombs dropping quite distinctly here. Give my love to Maude Love Effie.

This is an eye witness account of the L32 being shot down by Second Lieutenant Frederick Sowrey of 39 Squadron. All the crew died and were given a military funeral. The image is of St Peter and St Paul Church in Milton, Gravesend. 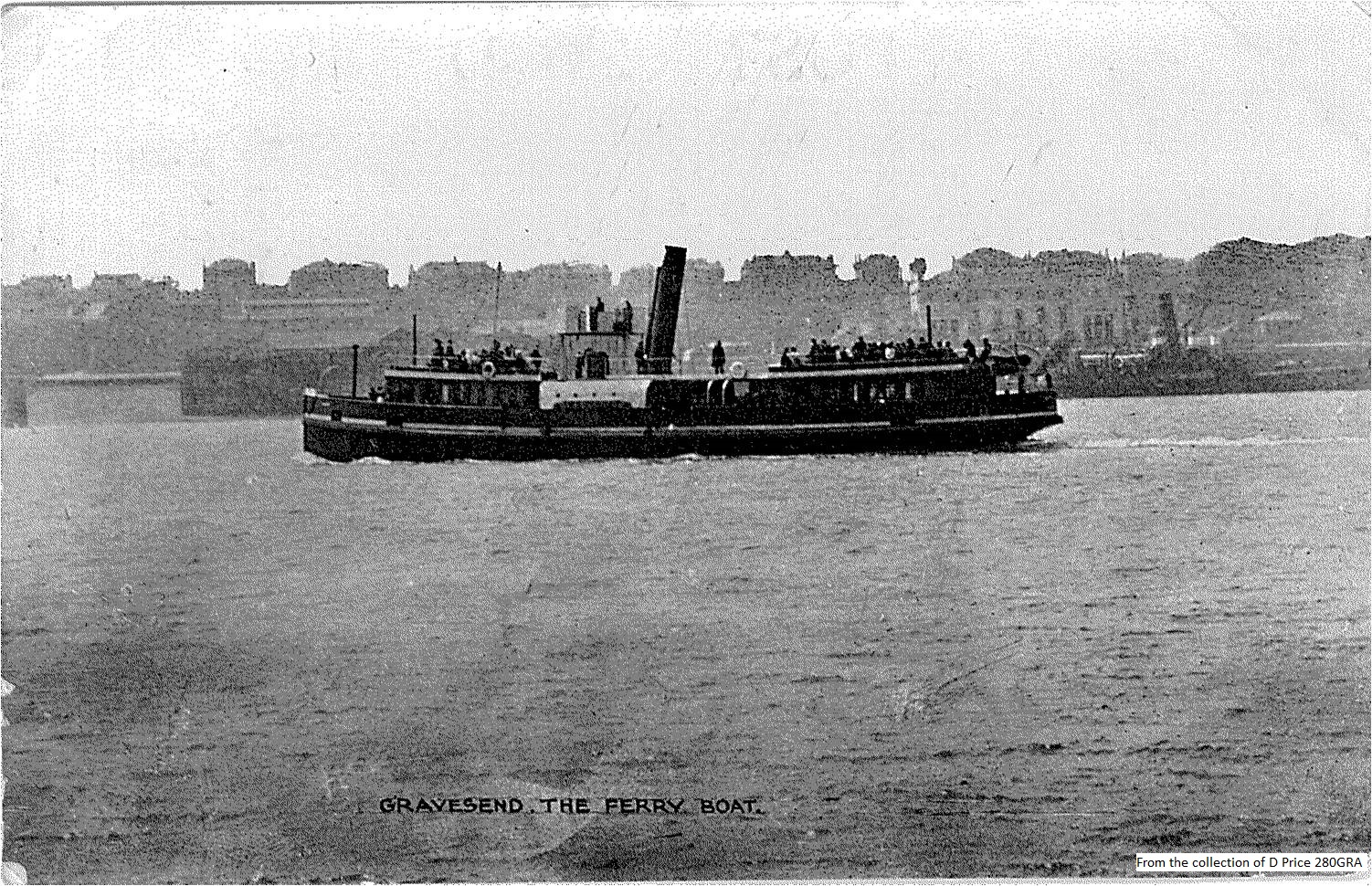 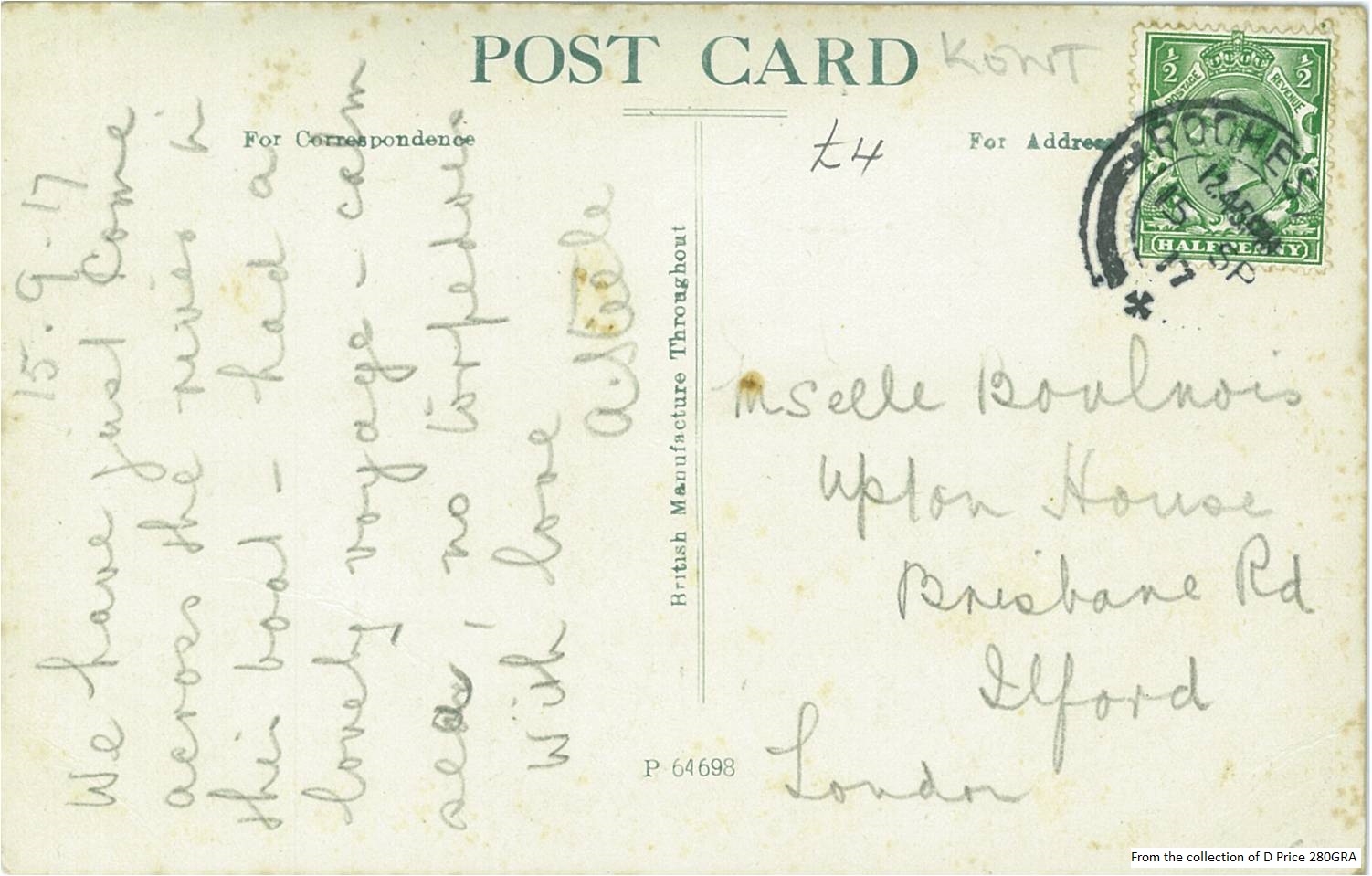 We have just come across the river in this boat- had a lovely voyage- calm sea, no torpedos

We believe that this was the Catherine steam ferry boat which ran between Tilbury and Gravesend.