Gillingham in the Great War

Welcome to the town page for Gillingham. Explore your town map to discover people who lived in your town during the First World War.

Gillingham has historically been important in a naval context. Although the Dockyard is known as the Chatham Dockyard, due to the proximity of Gillingham to Chatham a large proportion of the site falls within the boundaries of Gillingham. However, the military presence in Gillingham was not confined to the Navy: it also included the Kent Fortress (Royal Engineers) Submarine Mining School, which had its base in Gillingham prior to the First World War, and the Brompton Barracks, built within the Brompton Lines to defend Chatham Dockyards. Fort Darland, completed in 1900 as part of the defensive network of Chatham Dockyard, became home to the 1st Battalion of the Middlesex Regiment in 1914 until the end of the war.

The Medway Maritime Hospital in the town was originally opened in 1905 as a Royal Naval Hospital, replacing the Melville Hospital (Naval) to cater for the increasing numbers of Naval personnel in the area. Personnel were treated there throughout the First World War, and the Admiralty reserved a part of the Woodlands Cemetery to serve the Hospital. It is the final resting place of servicemen who died in the first night air raid on Gillingham and Chatham in September 1917. This section of the cemetery also holds the graves of those who died after the explosion of HMS Bulwark off Sheerness in November 1914, those of HMS Princess Irene which exploded – also off Sheerness – in May 1915, and those of HMS Glatton which exploded in Dover Harbour in September 1918.

This postcard was written in 1910 but shows what the Naval Barracks at Chatham/Gillingham would have looked like. The Barracks were positioned on the Great Lines between Chatham and Gillingham so was often referred to under both towns. 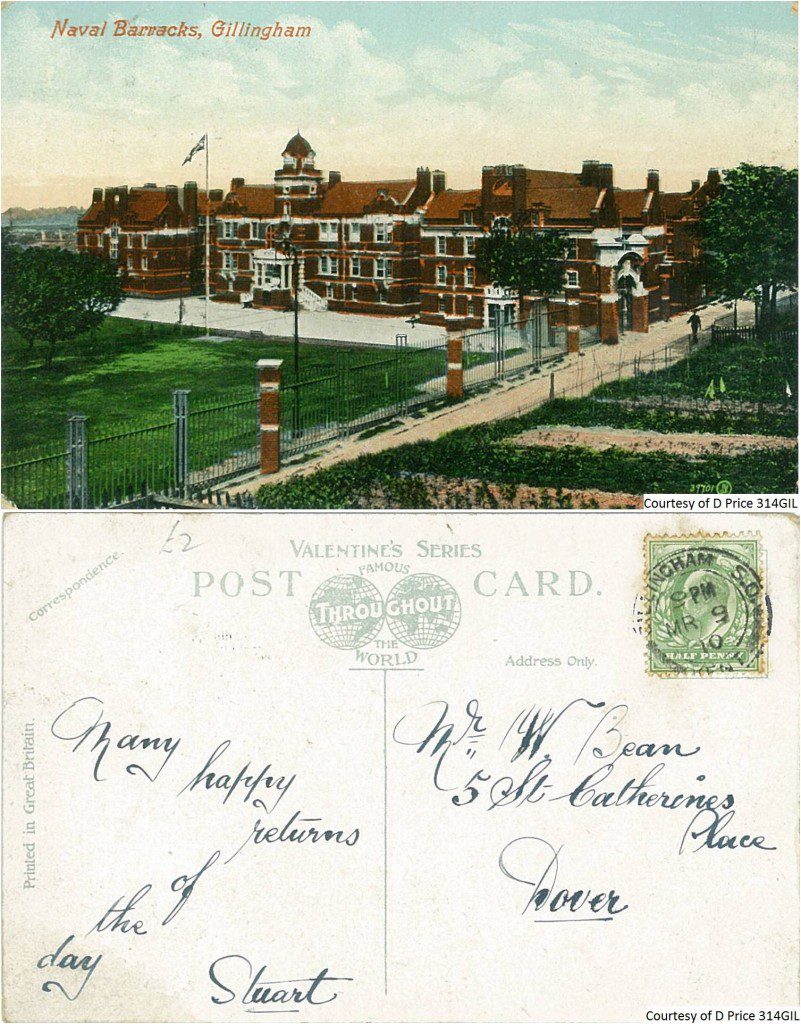 ‘Many happy returns of the day, Stuart.’

This postcard shows a picture of St Chretienne Convent School in Gillingham. There is no date on this postcard, but this is what the school would have looked like during the Great War Era. 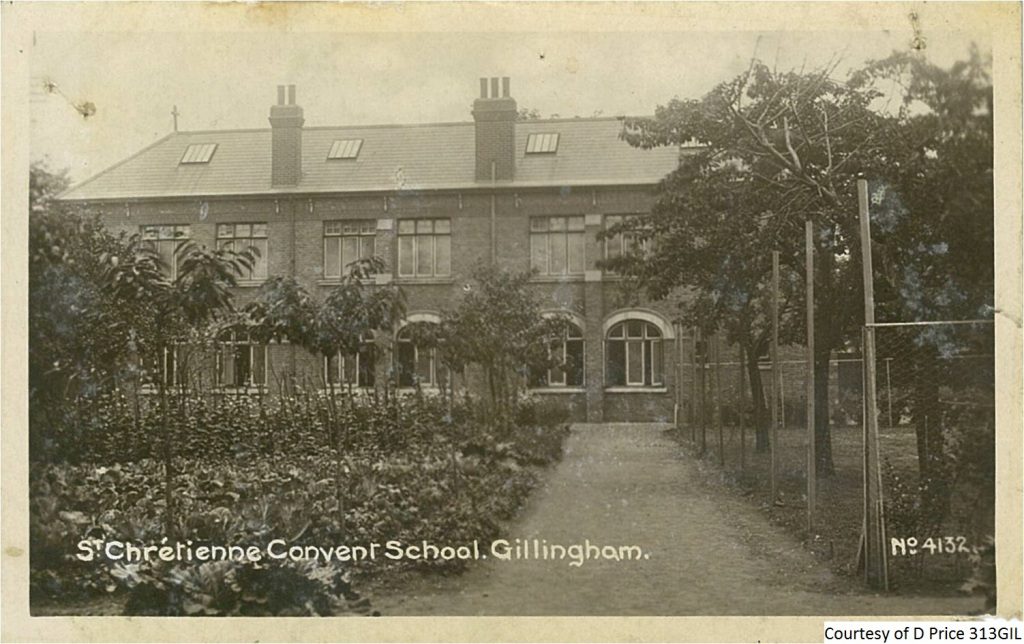 This postcard shows the Royal Engineers Band in Gillingham. 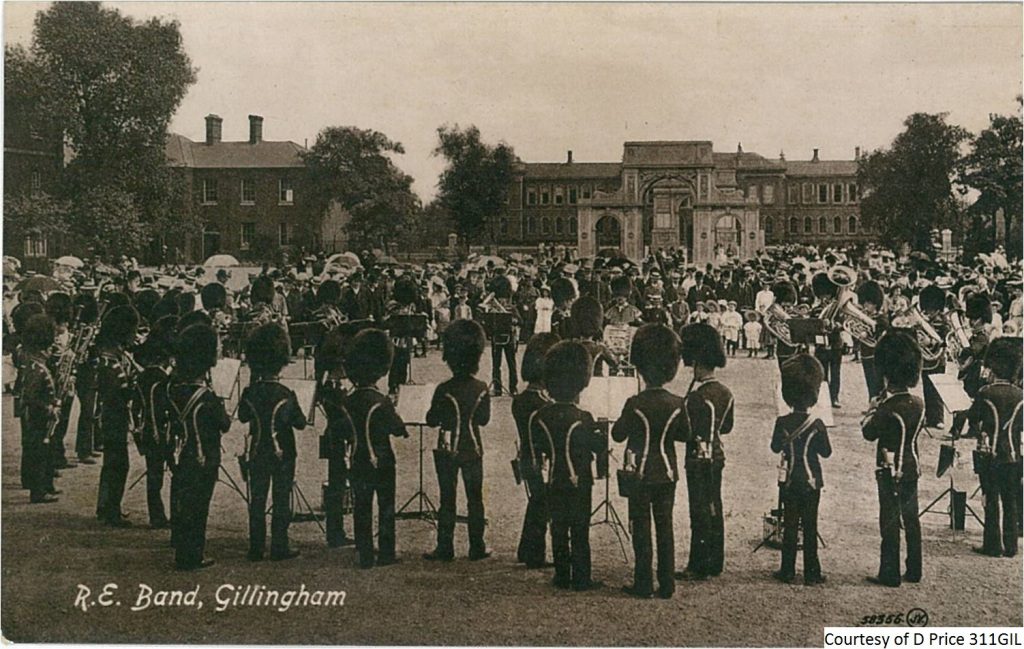 The date of this postcard is unknown as no message was ever written upon it, but we believe the picture was around the Great War Era.

A postcard showing Gillingham Park from the entrance. The card was sent about a month after War broke out. 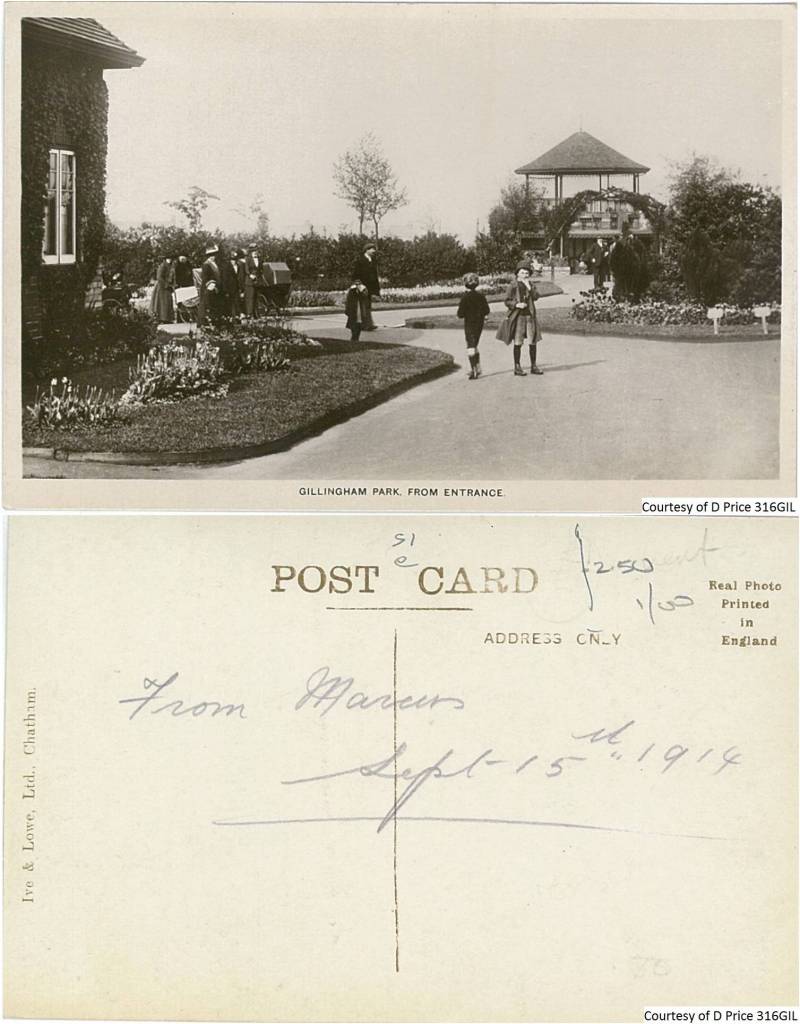 The Postcard below also shows a picture of Gillingham Park but was sent 30th August 1917. 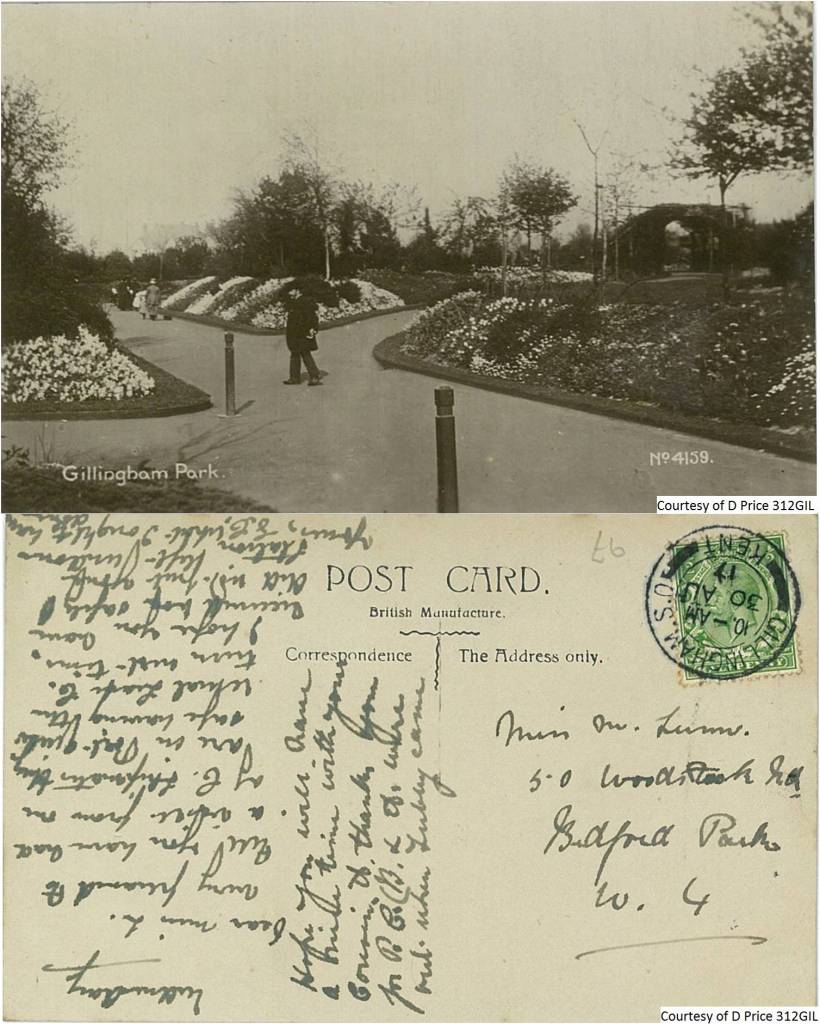 Unfortunately we have been unable to transcribe the text fully but the following is what we could make out:

Hope you will have a nice time with your cousin .... Thank you for your P.C. B and A were out when Tubby came.’

This picture shows The Royal Naval Hospital in Gillingham which is now the Medway Maritime Hospital. 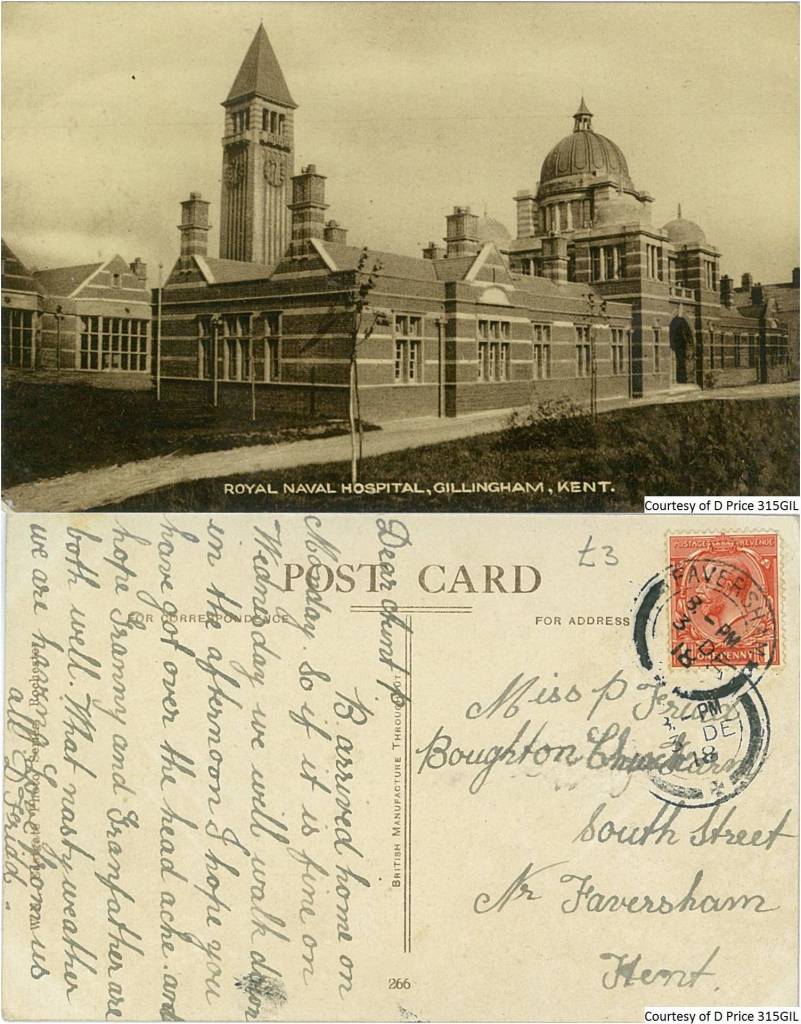 ‘Dear Aunt P. B arrived home on Monday. So if it is fine on Wednesday we will walk down in the afternoon. I hope you have got over the head ache and hope Granny and Grandfather are both well. What nasty weather we are having love from us all Do Fridd.’

The Postcard below shows an image of St Mary Magdalene’s Church in Gillingham. The card was sent 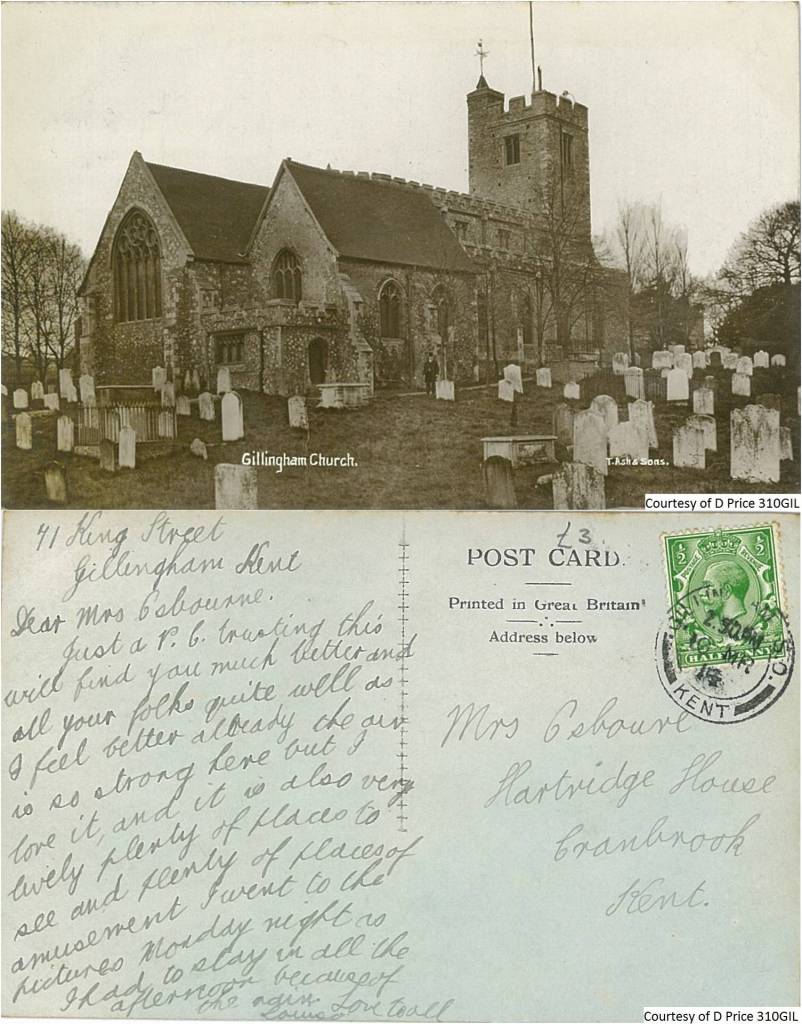 ‘Dear Mrs Osbourne. Just a P.C trusting this will find you much better and all your folks quite well as I feel better already the air is so strong here but I love it, and it is also very lively plenty of places to see and places of amusement I went to the pictures Monday night as I had to stay in all the afternoon because of the rain love to all Louisa.’

7. A memorial to those who died in the Chatham air raid 3rd September 1917

There was a considerable loss of life on the 3rd September 1917 when the Royal Navy Barracks at HMS Pembroke in Chatham were hit during a night raid by Gotha bombers. This memorial was erected in memory of those who died. 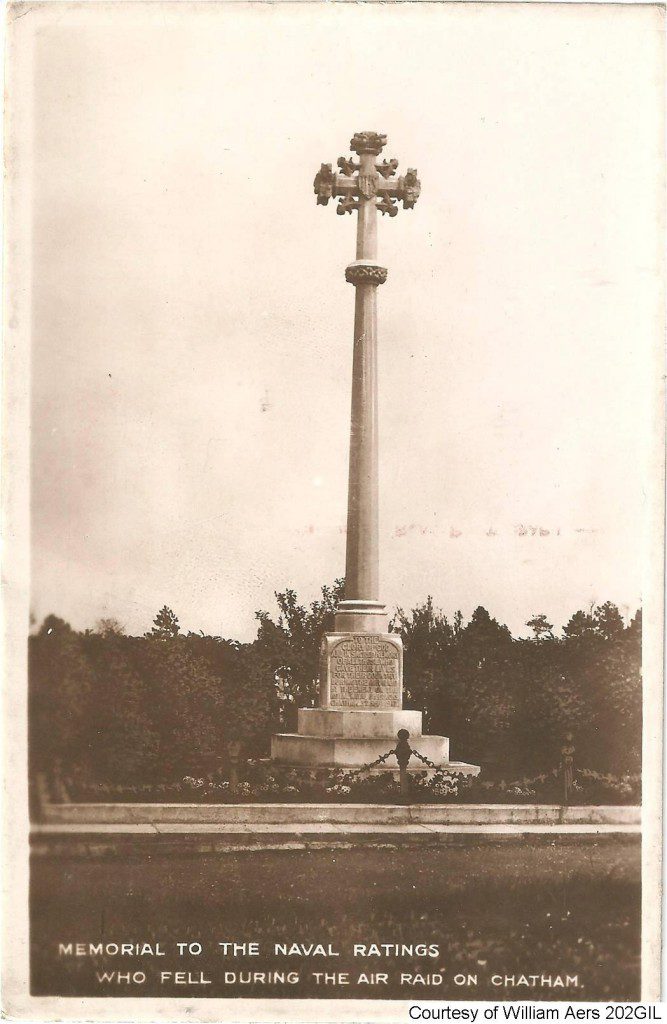 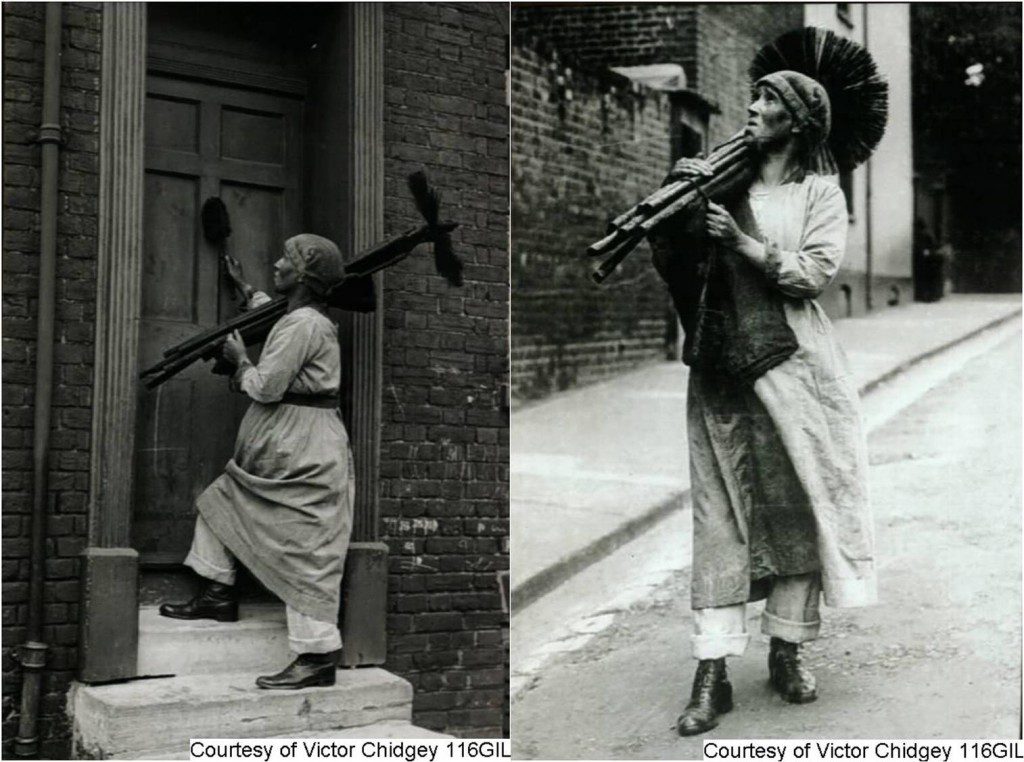