My father, George, kept a few precious mementoes of the War and of his brother Fred. He said little but I always knew it was a serious and emotional topic. When George left school he became a grocer’s errand boy and then was apprenticed to a grocer in Faversham, Lawrence and Son. 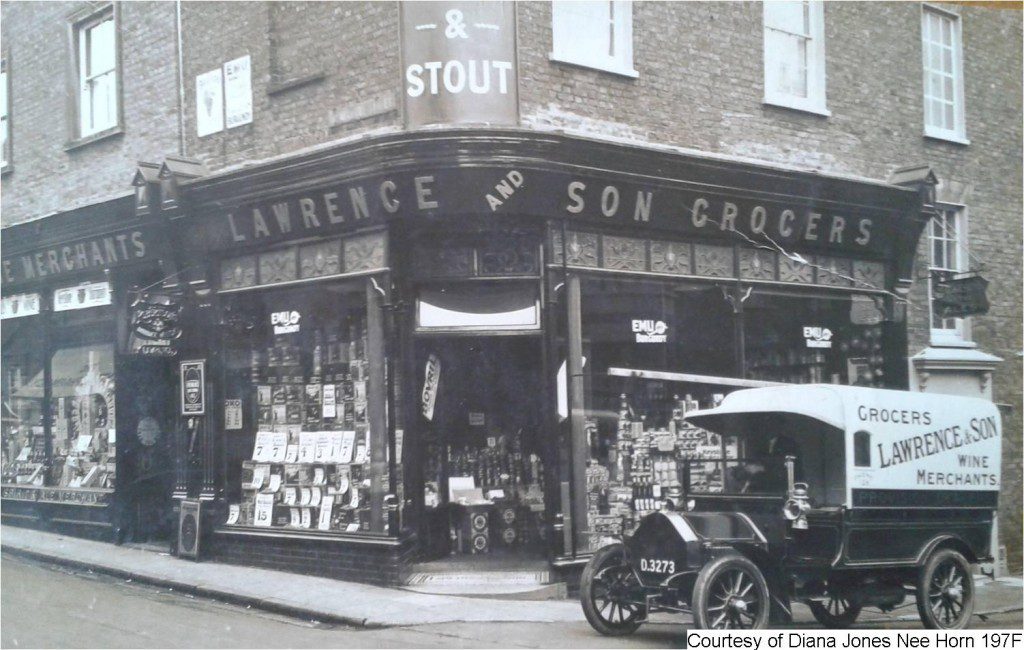 When war came he joined up as a Gunner with the Garrison Artillery. 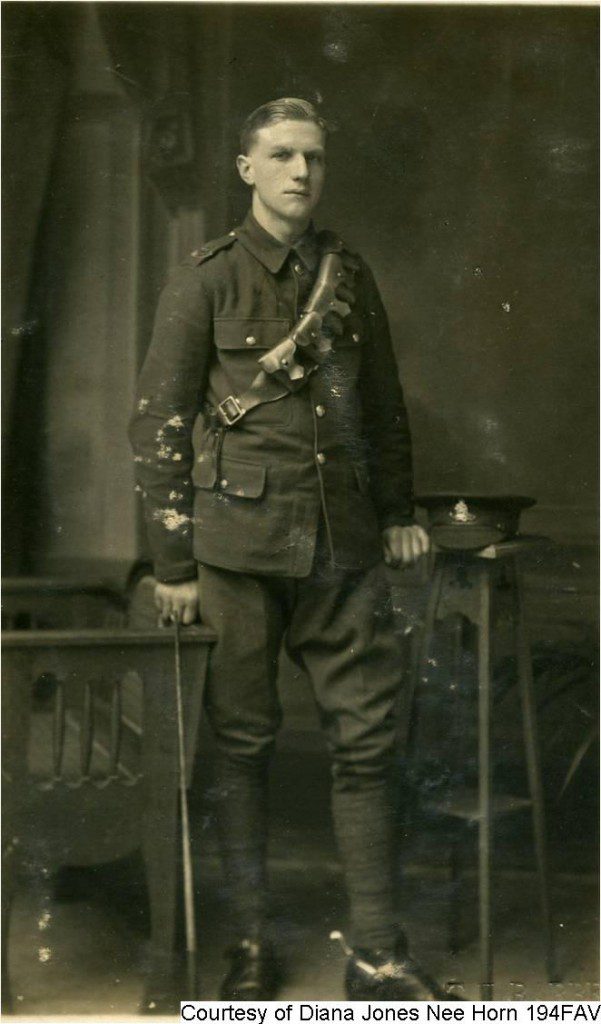 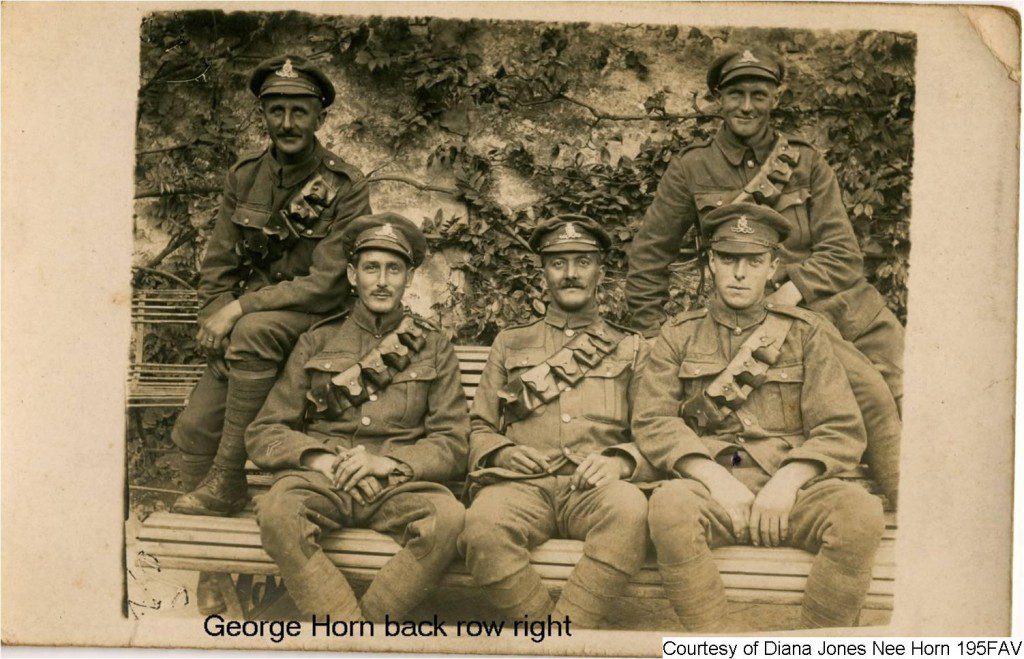 He was very ill at one point which is mentioned in his post cards but he and Fred kept in touch when they could. A Christmas card was sent Christmas 1916 which was folded in my father’s pocket for many years as can be seen below. In it as usual he says he is A1, and has had a letter from Home and that he is getting his letters alright now. 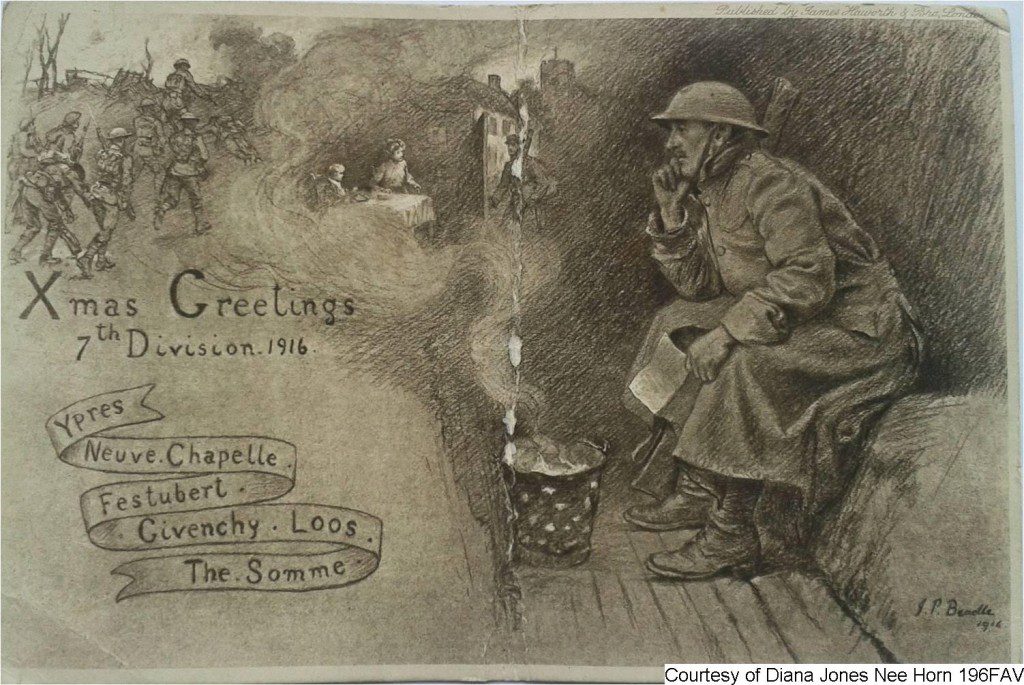 Here is a couple of the cards George sent whilst away: 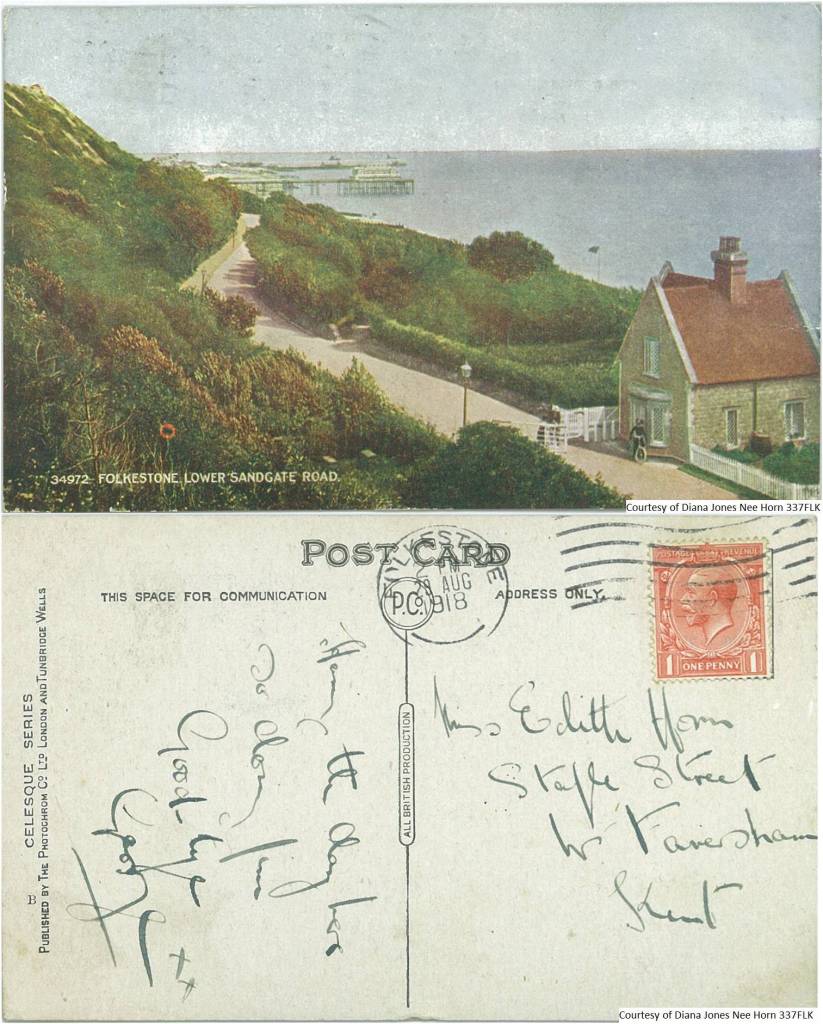 The card below shows soldiers crossing a Pontoon Bridge over the river Jordan in Palestine: 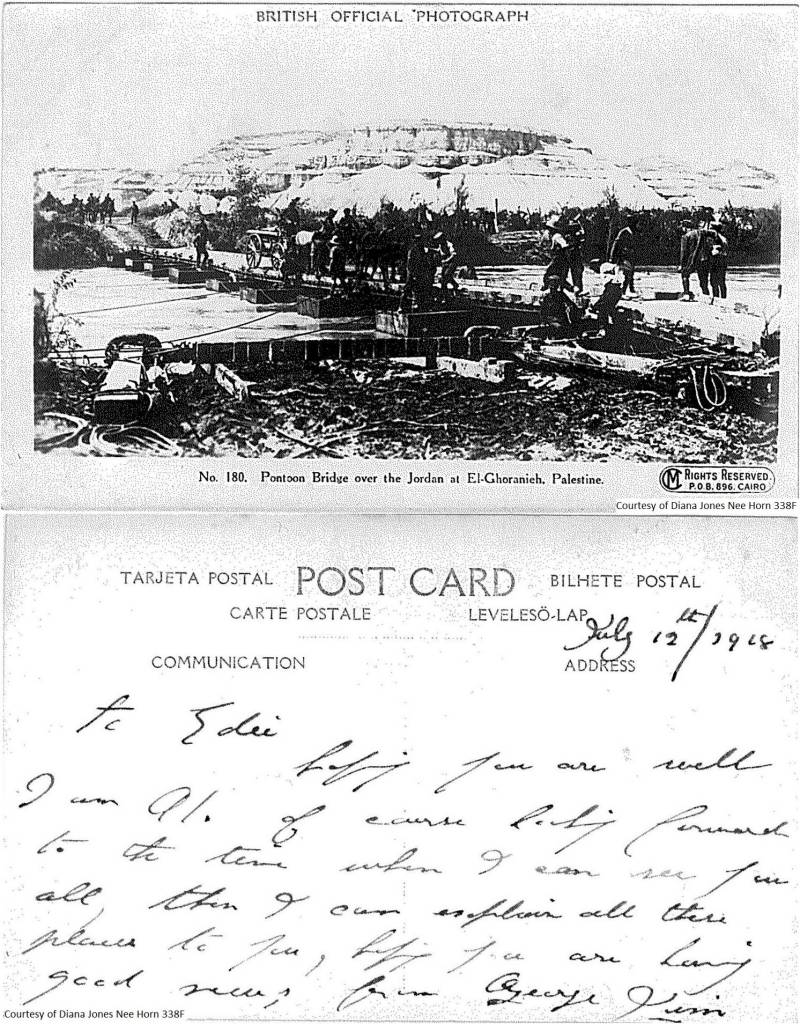 July 12th 1918:‘To Edie. Hoping you are well I am A1 of course. Looking forward to the time when I can see you all, then I can explain all these places to you, hoping you are loving good weather from George’

George survived the War and went on in the Grocery Trade. He married in 1929 and I was born in 1937. Most of my childhood holidays were spent visiting my Aunts and Uncles.

My father visited Staple Street in 1977 and although blind recognized his old home. 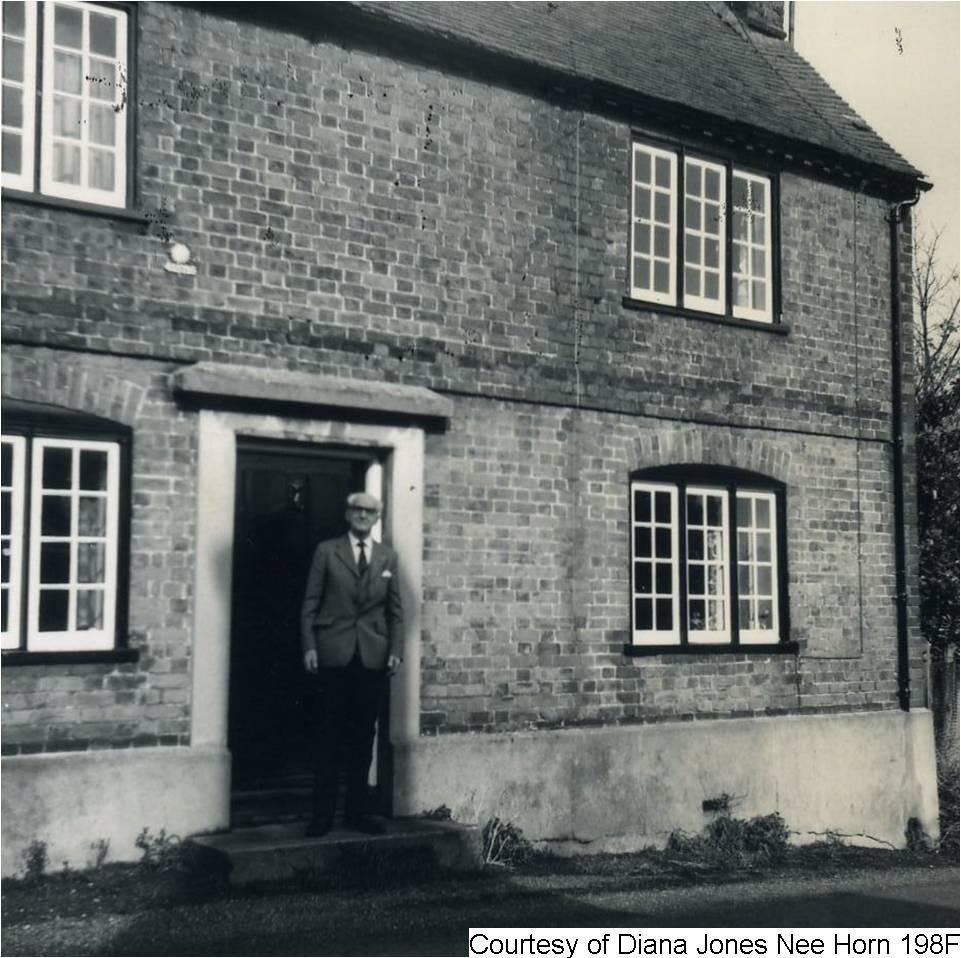