Chatham in the Great War

Welcome to the town page for Chatham. Explore your town map to discover people who lived in your town during the First World War.

Chatham has a distinguished history as a military town that began long before the Great War. Chatham was one of The Royal Navy’s three manning ports, and a key function of the Naval Dockyards was to build and repair ships, meaning that apart from the military there was a strong civilian workforce that included women.

The impact WW1 would bring to the town was felt from a very early stage, when on 22nd September 1914 three Chatham ships on patrol in the North Sea were sunk by one U-boat. In less than an hour, around 1,500 sailors had lost their lives. Following this, on 26th November 1914, HMS Bulwark exploded without warning whilst moored in the River Medway, causing much concern about the reason for the explosion. The explosion left only 12 survivors, and brought the War even closer to home.

Back on land, Chatham was also home to various army regiments including the Chatham Division. The RE Reserve Battalion and Depot Companies based in Chatham were part of the mobilisation of the British Expeditionary Force at the outbreak of War. The town was busy with extra military personnel and local buildings were commandeered for military purposes. Fort Amherst was utilised to house troops and supplies en-route for France, and Fort Pitt Hospital continued as a Military Hospital as well as being used as a prison for captured German soldiers.

Extra defences were developed to defend the town from landward attacks. Known as the Chatham Lines, they included a number of two person concrete pillboxes designed to contain Vickers machine guns. As a prime military target, Chatham was also bombed from the air by both Zeppelins and aeroplanes, and there was a considerable loss of life on 3rd September 1917 when the Barracks at HMS Pembroke were hit.

1. Chatham From The Lines

The postcard below shows Chatham from the Lines. The postcard was sent 13th July 1917. We have also received another card from the same family (See 333ROC) 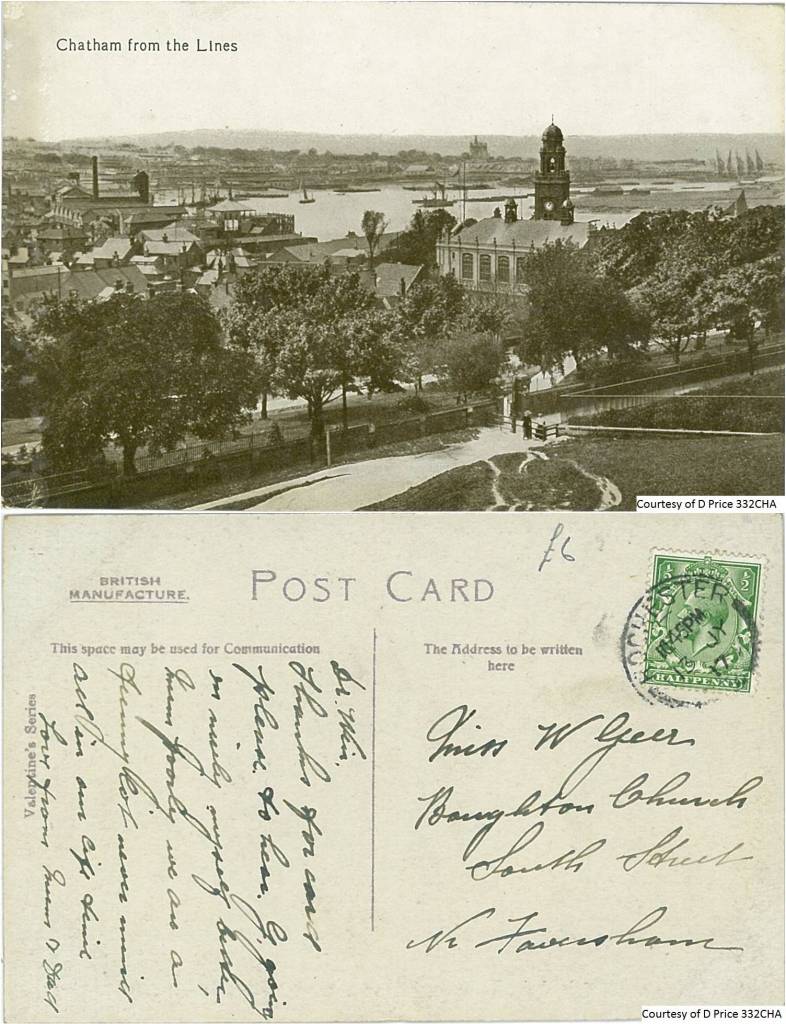 13th July 1917‘Dear Win thanks for card pleased to hear G going on nicely, myself better mum poorly, we are a funny lot. Never mind all in our life time love from Mum and Dad.’

This postcard is entitled Kitchener’s Boys on the Great Lines, Chatham. The Great Line is situated between Gillingham and Chatham and is owned by the MOD. It was used as a training ground during the First World War. This card was sent 3rd November 1914. 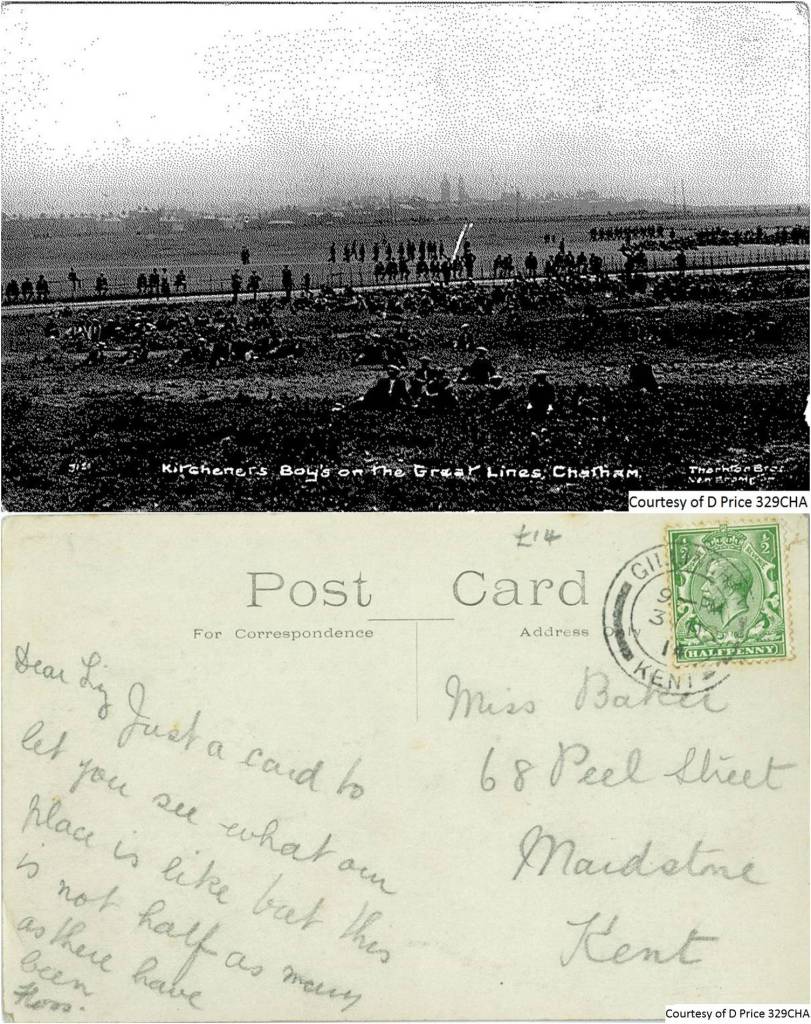 ‘Dear Liz. Just a card to let you see what our place is like but this is not half as many as there have been.’ 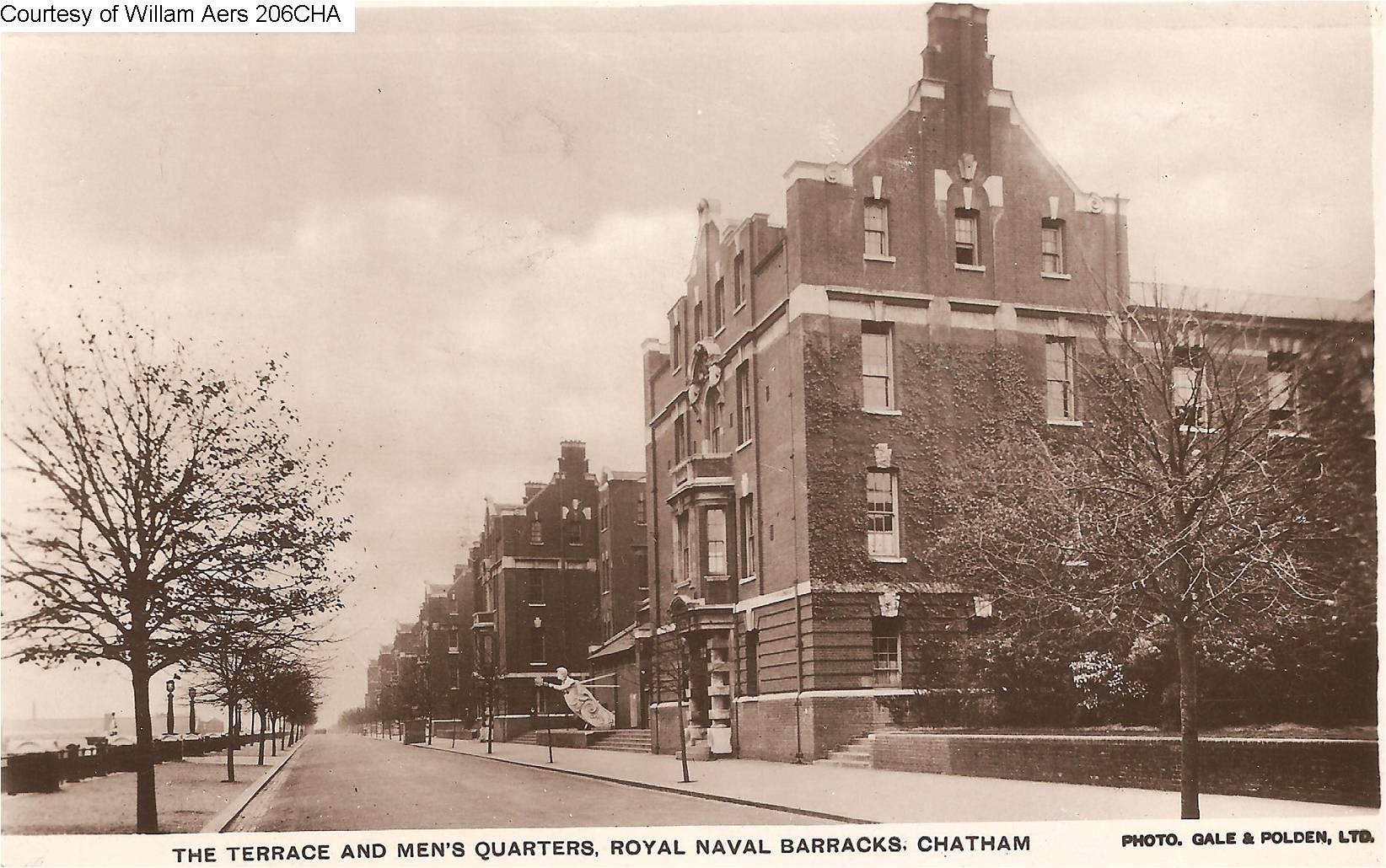 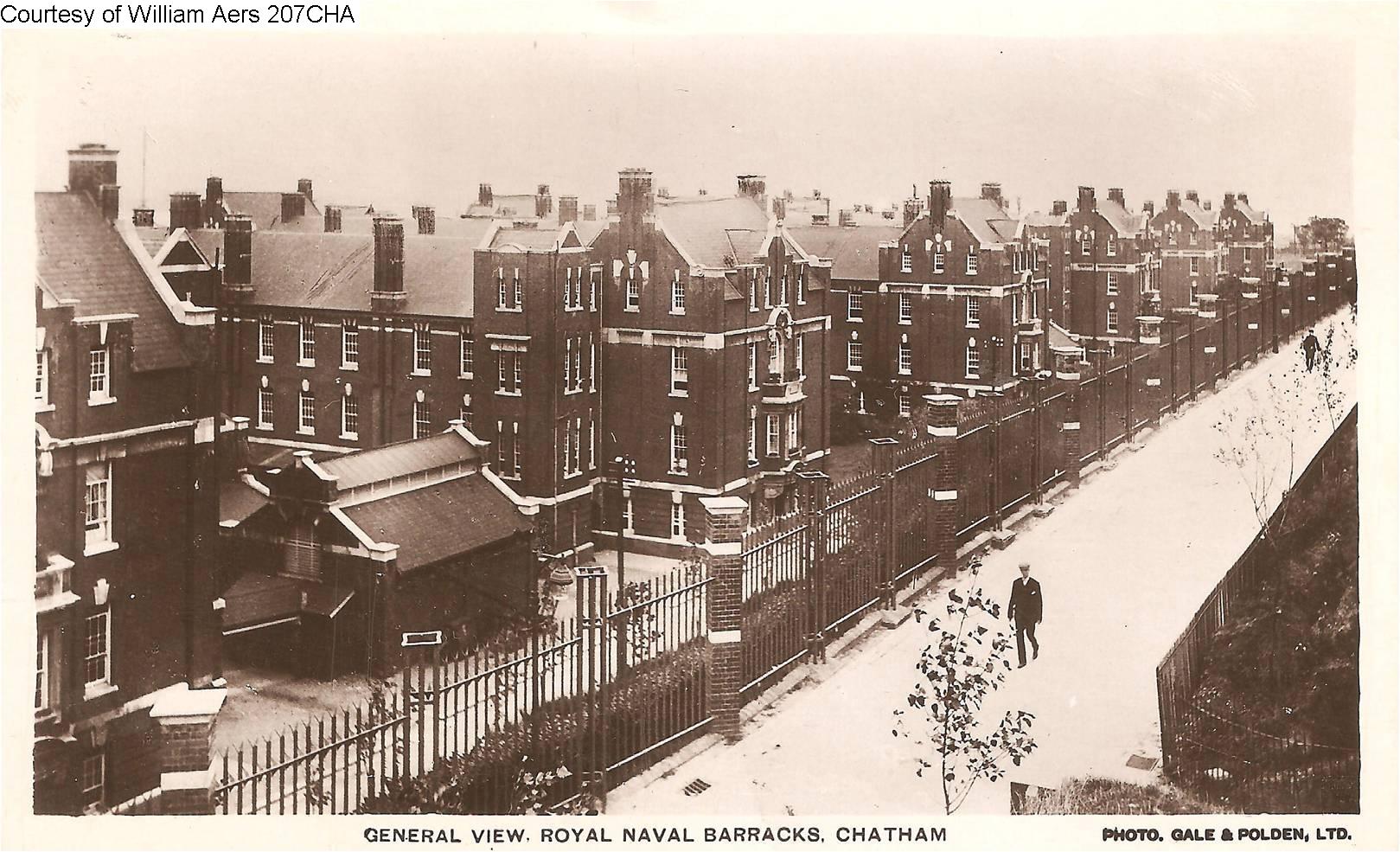 Shown in these pictures is The Royal Naval Barracks from a general view and The Barracks from The Terrace and Men's Quarters view. These pictures were taken in 1920 but would have been what the Barracks looked like during the war. Chatham was one of The Royal Navy’s three manning ports and was a hub of naval activity with the reserves and a number of operational ships being based there. The Royal Naval Barracks played a large role in housing those who manned many of these ships. 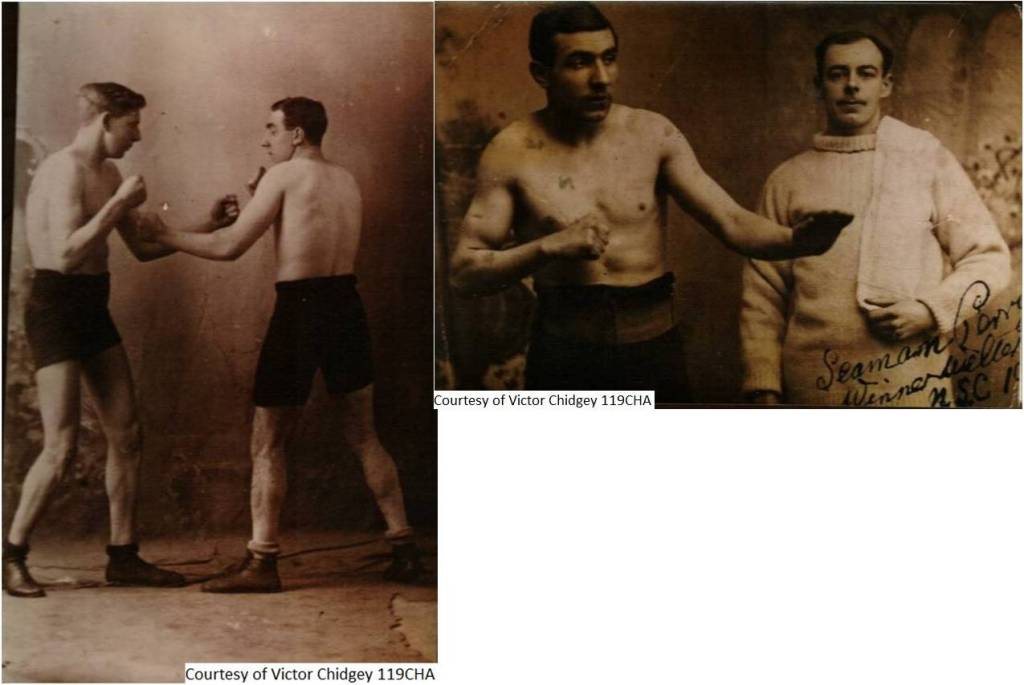