This postcard was produced after the War to show where the 184 bombs and 23 shells landed on Dover during the First World War. 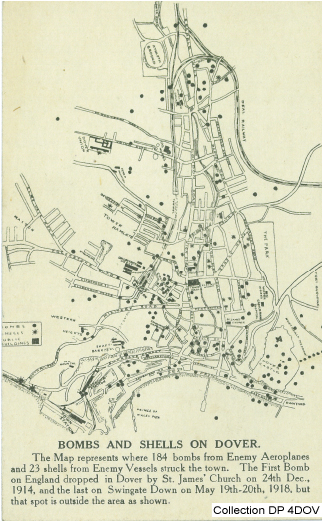 The bombs would have been from both Zeppelins and aeroplanes and include the location of the first bomb to fall from an aerial attack on British soil- St James’s Church on Christmas Eve 1914. The shells which landed would have been fired from the sea when Dover was shelled by the German Navy.