This card to Maidstone would have been sent by one of the many men who were called up at the start of the War as territorials or from the reserve. We believe that Mr F Wordsworth was among 800 Territorials and Reservists who had been called up from the Ashford Railway Works. If so, he might have been sent to France with the 1st Buffs on September 8. They arrived there on September 10, 1914 and the battalion then traveled eastwards to join the British Expeditionary Force on the Western Front. 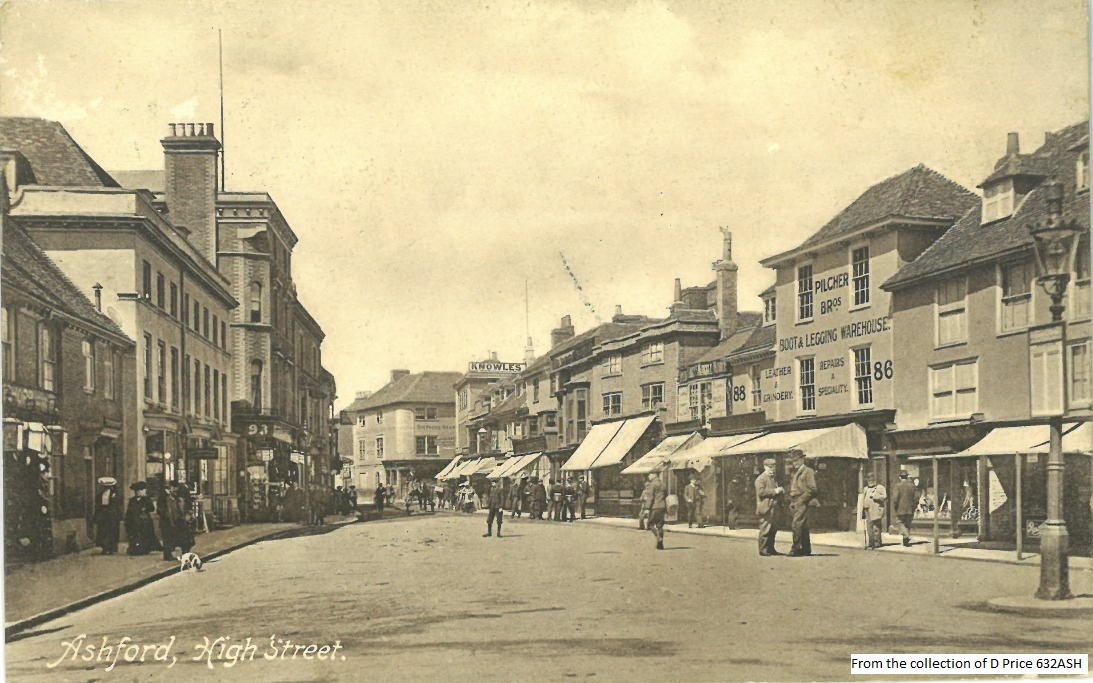 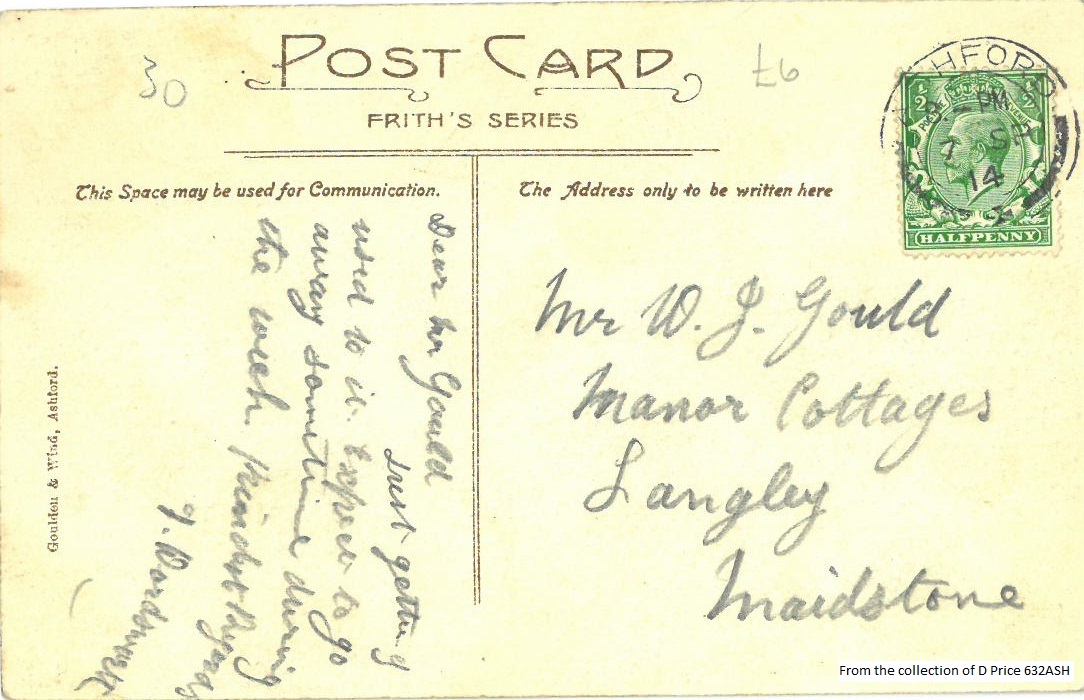 Just getting used to it. Expect to go away sometime during the week. Kindest regards. F Wordsworth