The building in the picture is The Huntsman and Horn Public House which stands opposite the Parsonage Farmhouse. In 1916 the War Office selected the meadow east of Parsonage Farmhouse in Broomfield as a suitable site for a landing ground. The field was commandeered and seems to have been used mainly for target practice. A room in the farmhouse was used as an office. After the war the airfield continued to be used and in 1932 was visited by Sir Alan Cobham’s legendary “Flying Circus” with flights at five shillings a time. 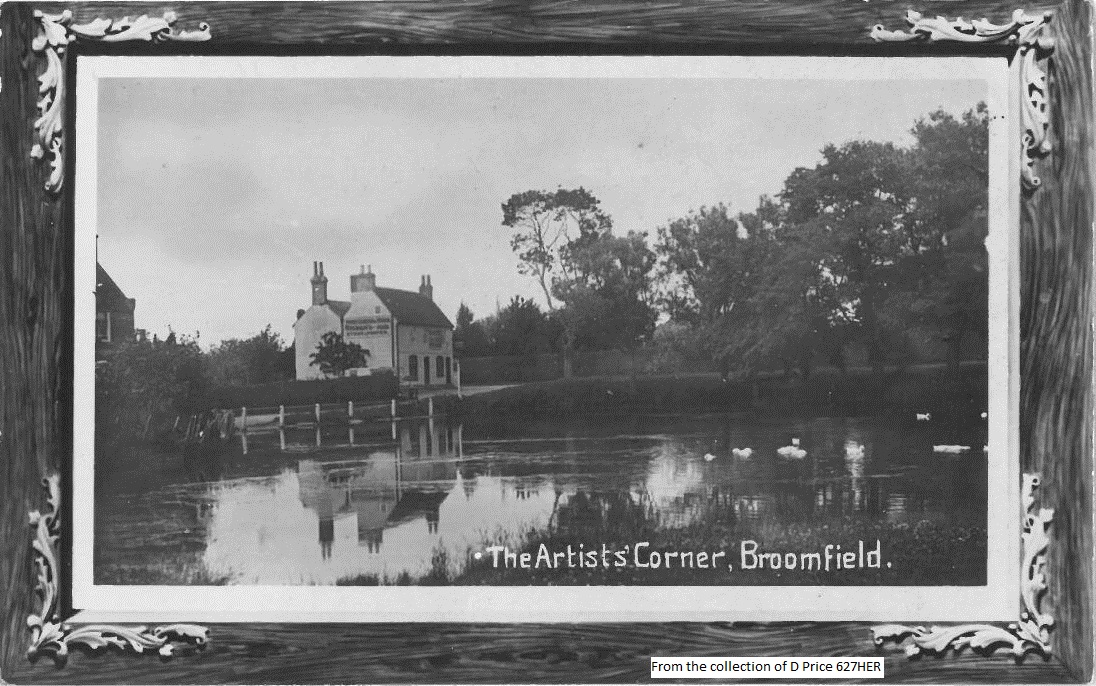 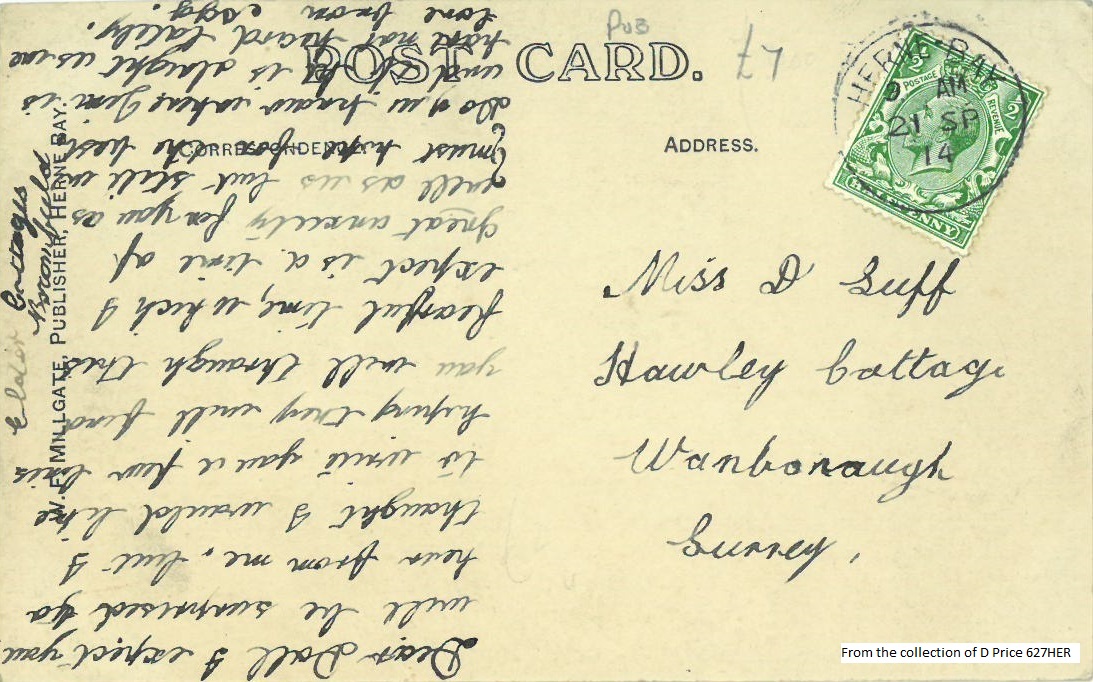 Dear Doll I expect you will be surprised to hear from me, but I thought I would like to write you a few lines hoping they will find you well through this fearful time, when I expect is a time of great anxiety for you as well as us but still we must hope for the best. Do you know where Jim is and if he is alright as we have not heard lately Love from Agg