Edith the youngest child in the family was born in 1900. She was a child during WW1 but remained at home to help on the farm, in the house and with the garden. She was the collector of postcards and so the recorder of much of this information. In 1914 Edith was given the family Bible in order to keep a record. 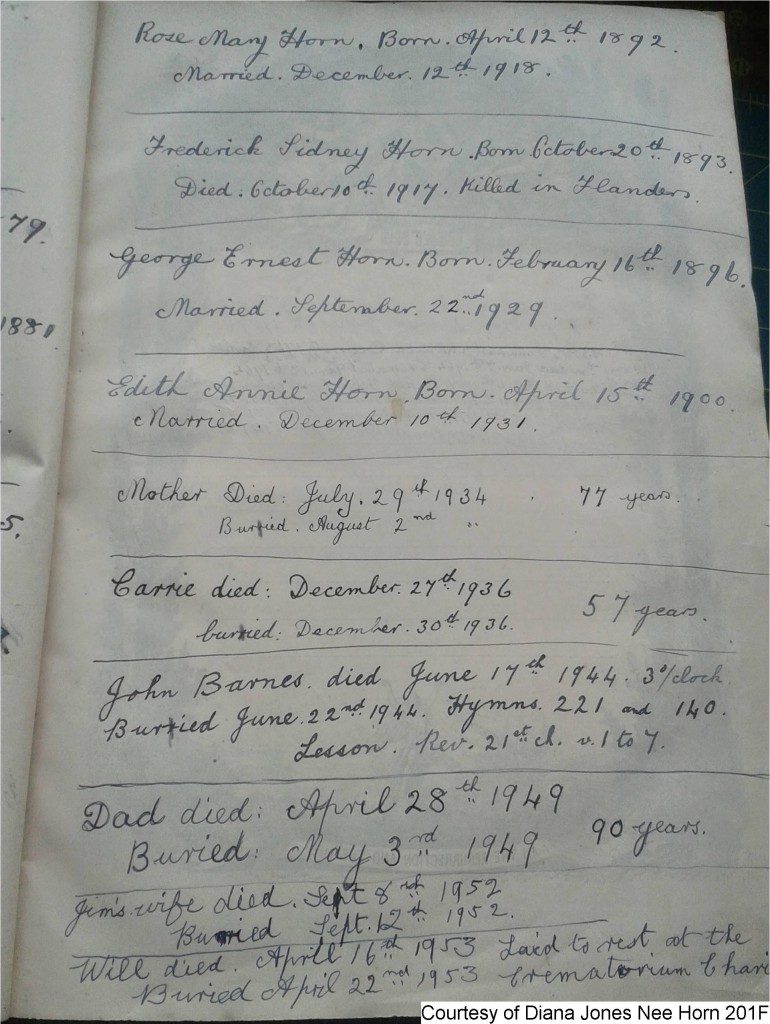 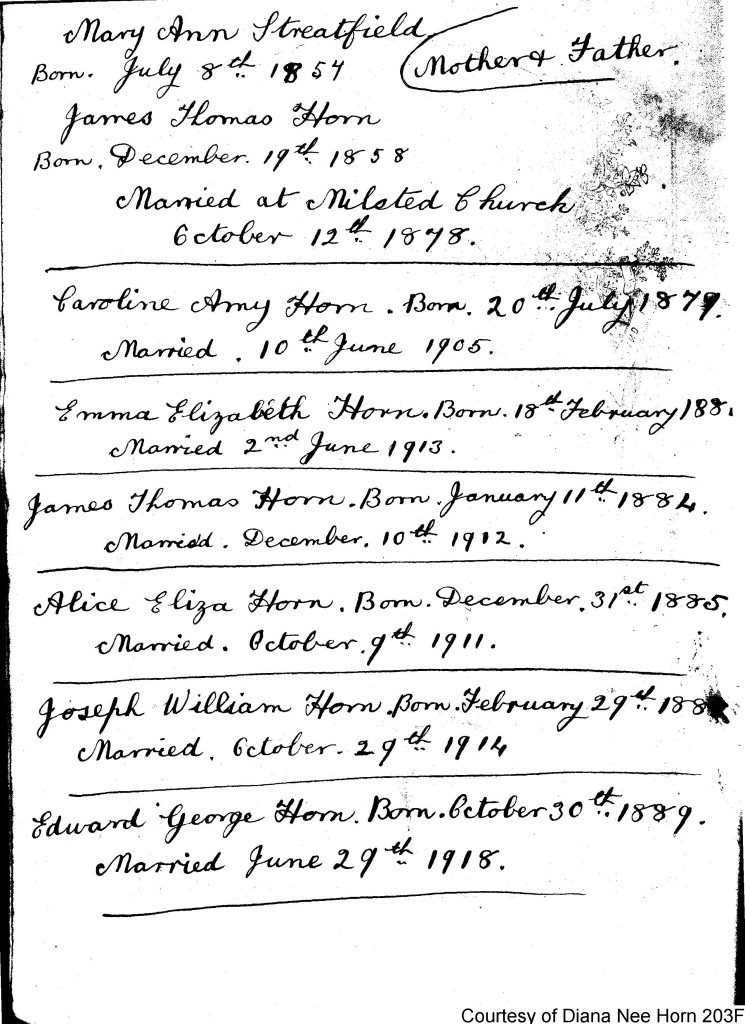 She was married in 1931 to an older man John Barnes who had returned from exploits in Canada. They built Hernhill Bungalow but he died in 1944. She lived there alone frugally, and it was when she was very ill that I had the postcards and photographs to keep them safe for the family I have come to some conclusions of my own about this family and their life during WW1.

They still lived in a mild sort of feudal system, accepting their place in society but proudly so. They did not rebel but quietly accepted what went on around them, doing their duty to God and the King. They did not appear to show a great deal of emotion but in their cards and messages were always A1, which was a favored phrase of my father George. They kept in touch with their cards and probably letters in the same way that I text my daughters today. They sent parcels of fresh fruit and veg to those away and lived mainly off the land. They had their own barrel of beer in the kitchen! The centre of their life at that time was the farm, Hernhill and Boughton Street. 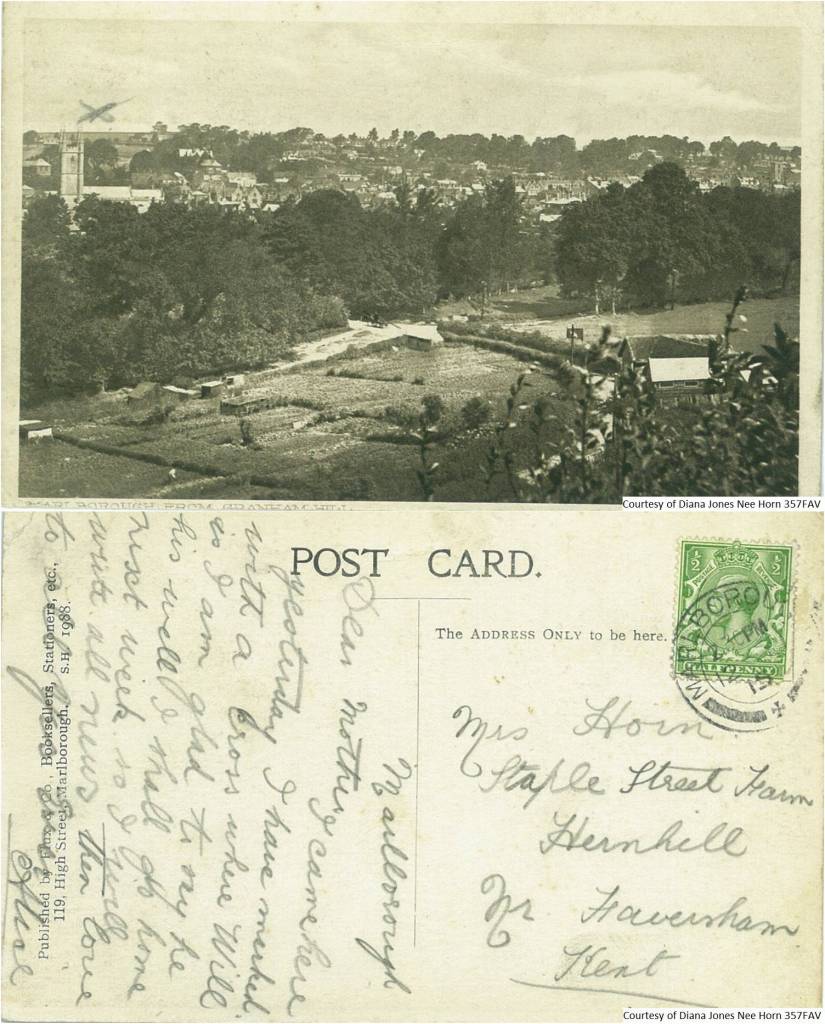 Marlborough, ‘1915: Dear Mother I came here yesterday. I have marked with a cross where Will is. I am glad to say he is well. I shall go home next week so will write all news then. Love to all from Edith & Alice’

‘Dear G. Doing fine & as you will see, Emma & I are staying with Mabel for a fortnight. Hope you are well. M Heard from Jim today he was very well she sends her love to you. The soldiers here had a night attack last night, very little sleep for us there’s a large common in front of the House, & the rockets were a lovely sight & the noise oh dear. Goodbye dear love from all yours ever Edith xxxxxxx’ 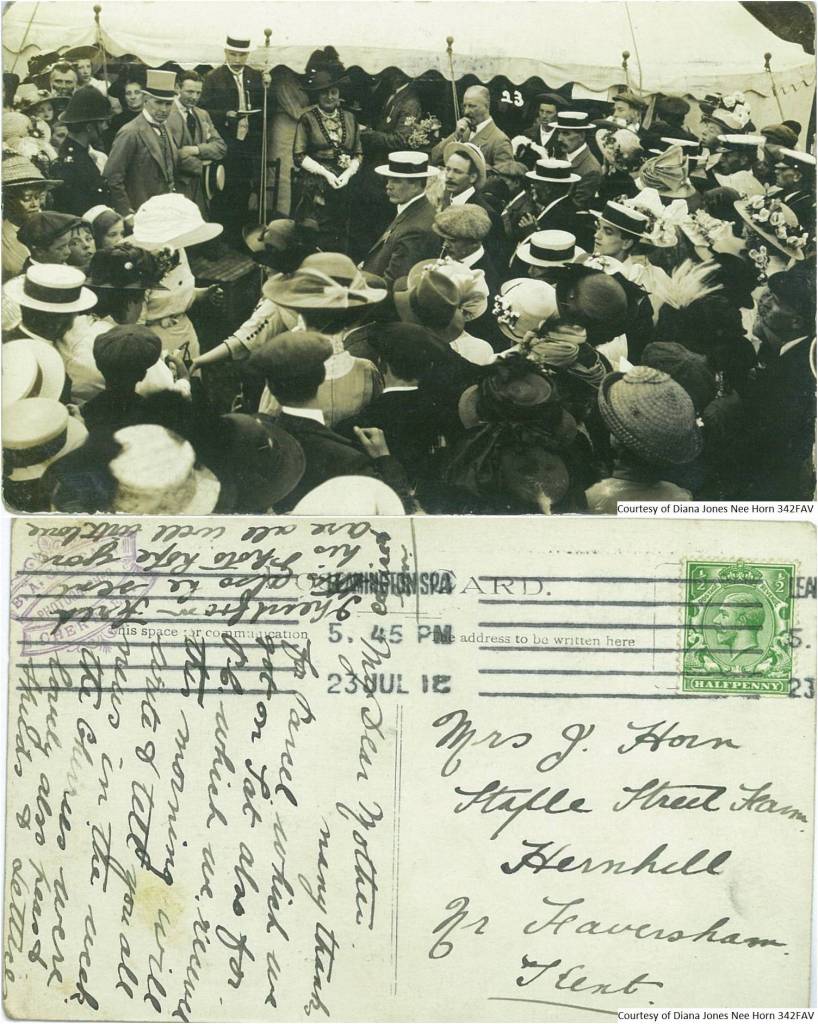 23.7.18: ‘My Dear Mother. Many thanks for Parcel which we got on Saturday also for P.C. which we received this morning will write & tell you all news in the week. The cherries were lovely also peas & spuds & lettuce. I heard from Fred also he sent his photo hope you are well with love Alice & Edith’