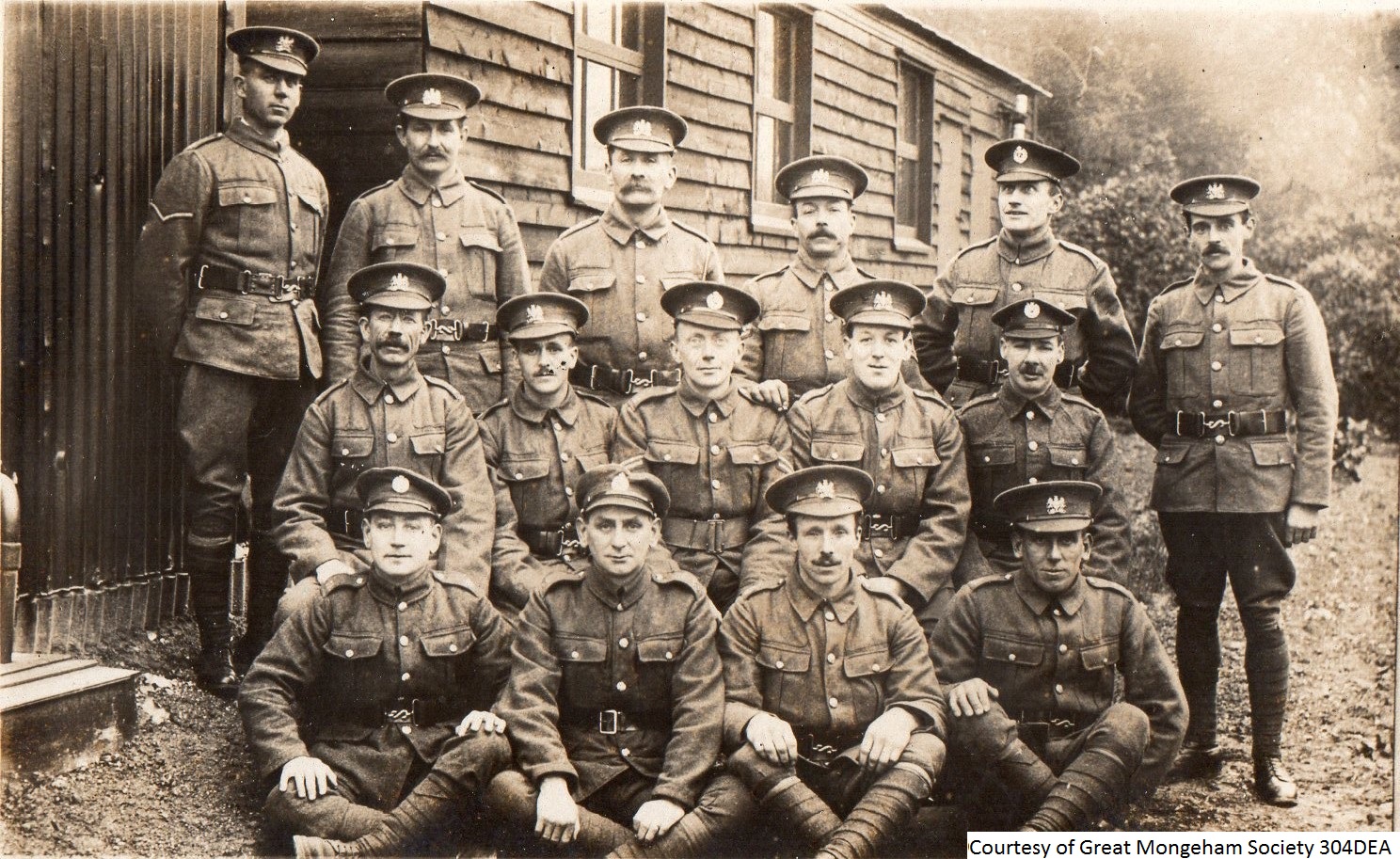 ‘A searchlight was set up in a field in the village, and was manned by local Home defence soldiers. Percy is the one standing at the very end on the right, if my history serves me, searchlights were under the control of the Sappers.’

‘My Grandfather, Percy, served during WWI at Richborough as a member of the Royal Artillery. When I was about 4 or 5, my grandfather told me a humorous memory of his. The story occurred in World War I. Some men from the group were on watch by night for fires, aeroplanes, Zeppelins etc. They were based in the top storey Brewey Farmhouse. They heard a droning sound and went on the alert for planes coming over–only to realise that it was the farmer sleeping on the first floor up, below them, snoring! The farmer was Mr Solley.’ 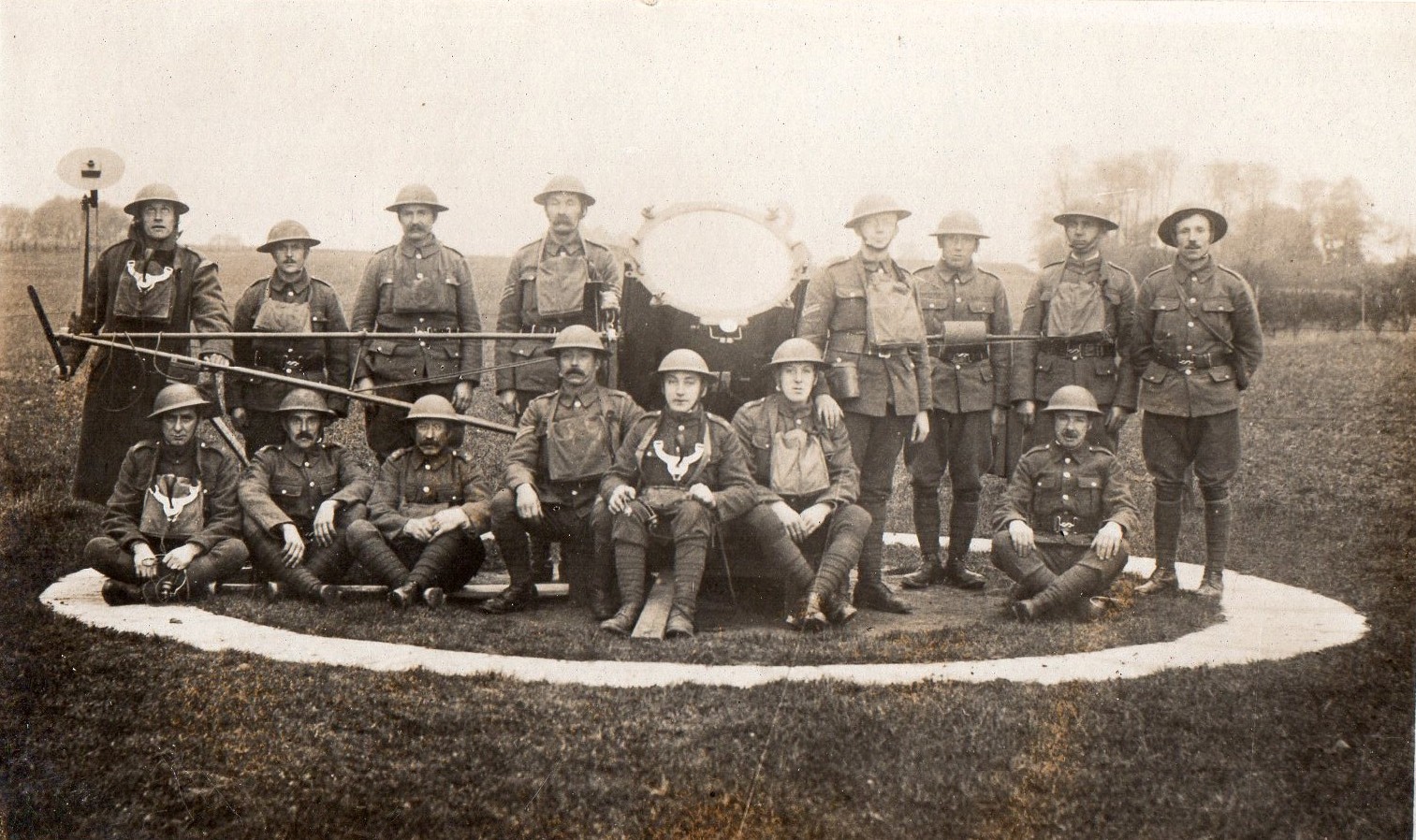 The picture above shows Percy again, this time sitting at the front third from left. He has a moustache. The round cap badge is for the Sappers (Royal Engineers) and those with the royal coat of arms cap badge are GS/LC (General Service/Labour Corps); both Corps would have been at Port Richborough in large numbers.