Sevenoaks in the Great War

Welcome to the town page for Sevenoaks. Explore your town map to discover people who lived in your town during the First World War.

Sevenoaks was a prosperous town before the War, situated on important road and rail links from London to the Coast.

Men from Sevenoaks already in the Territorials left to serve overseas and an appeal went out for men to volunteer to serve as special constables to stand in for regular police officers who had joined up.

In October 1914 there were recruiting drives held in Sevenoaks and surrounding villages- many of these were held using magic lantern slides depicting the War in Belgium. These public events were held in places such as The Vine, the Market Place and some schools. In particular there was a drive to recruit 350 men to serve with the 4th Foreign Service Battalion of the Royal West Kent Regiment.

As the Sevenoaks men left other soldiers were billeted in the town – the first draft were recruits from the 4th Royal West Kent Regiment and the Free Library was opened specially for the soldiers on Sundays from 2.30pm till 9pm to give them somewhere to go rather than a public house. By the 16th of October 1914 the town was preparing to receive 6,000 troops– some were housed in hotels, halls and some in private homes such as Bradbourne Park House.

The Public Baths in Eardley Road were finally opened in December 1914 which greatly helped with the number of soldiers billeted in smaller houses without bathrooms. The Drill Hall in Argyle Road was used by the troops.

The Vine was a public area given to the people of Sevenoaks and also the home of the The Vine cricket club (one of the oldest in the country). The Vine was used as a parade ground for the troops during the First World War and the YMCA had a canteen for the troops nearby manned by local volunteers.

Knole Paddock was a local reception centre for horses which had been purchased locally before the being sent to their units. The horses were guarded by the local reserve.

In October 1914 at the VAD hospital in Cornwall Hall on The Drive was mobilised to receive Belgian wounded soldiers, who also went to St John’s Hall. Kent VAD 76 continued to run the Cornwall Hall as a hospital throughout the War, and by the end of the War more than 3,000 men had been treated there. 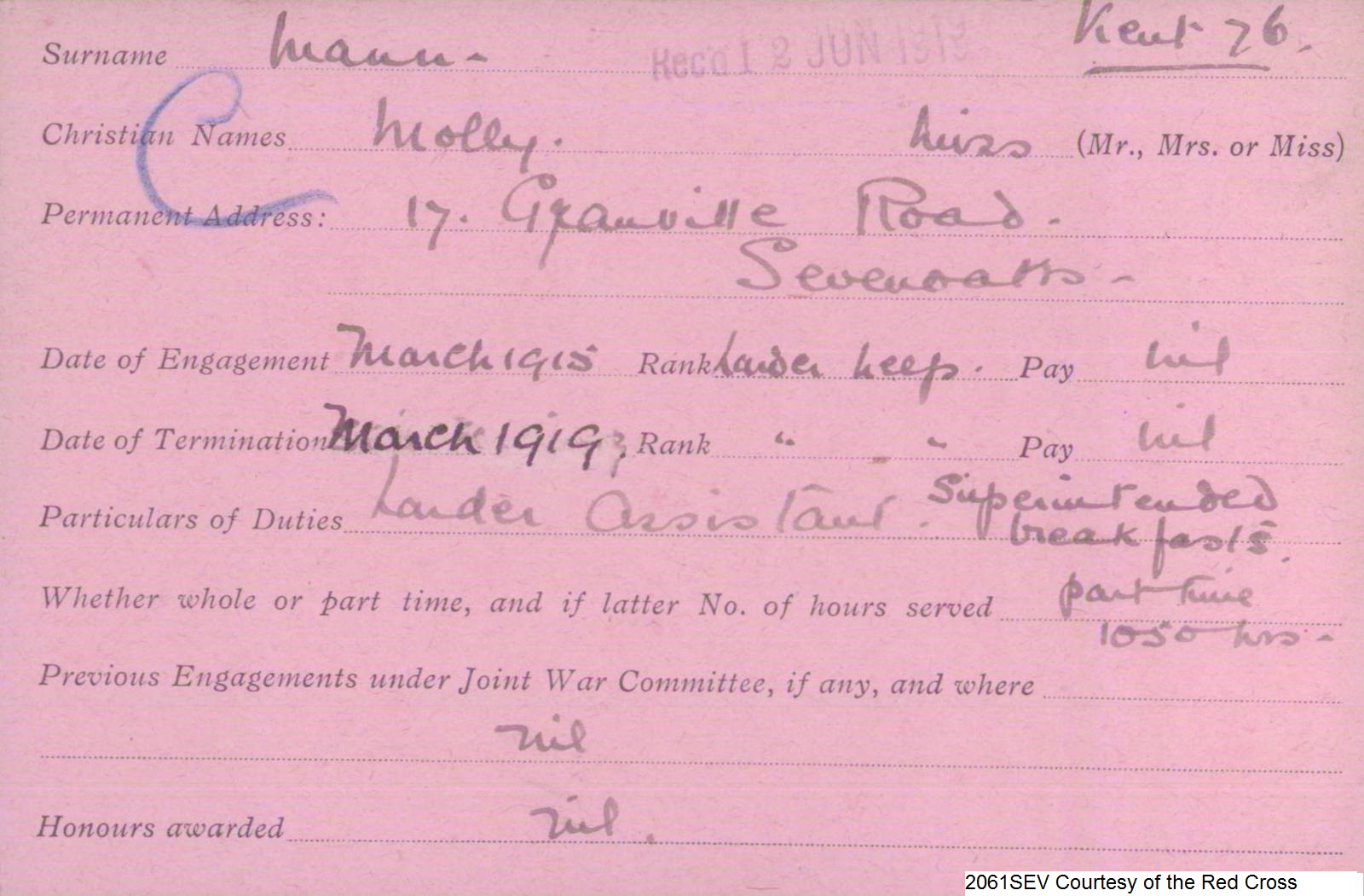 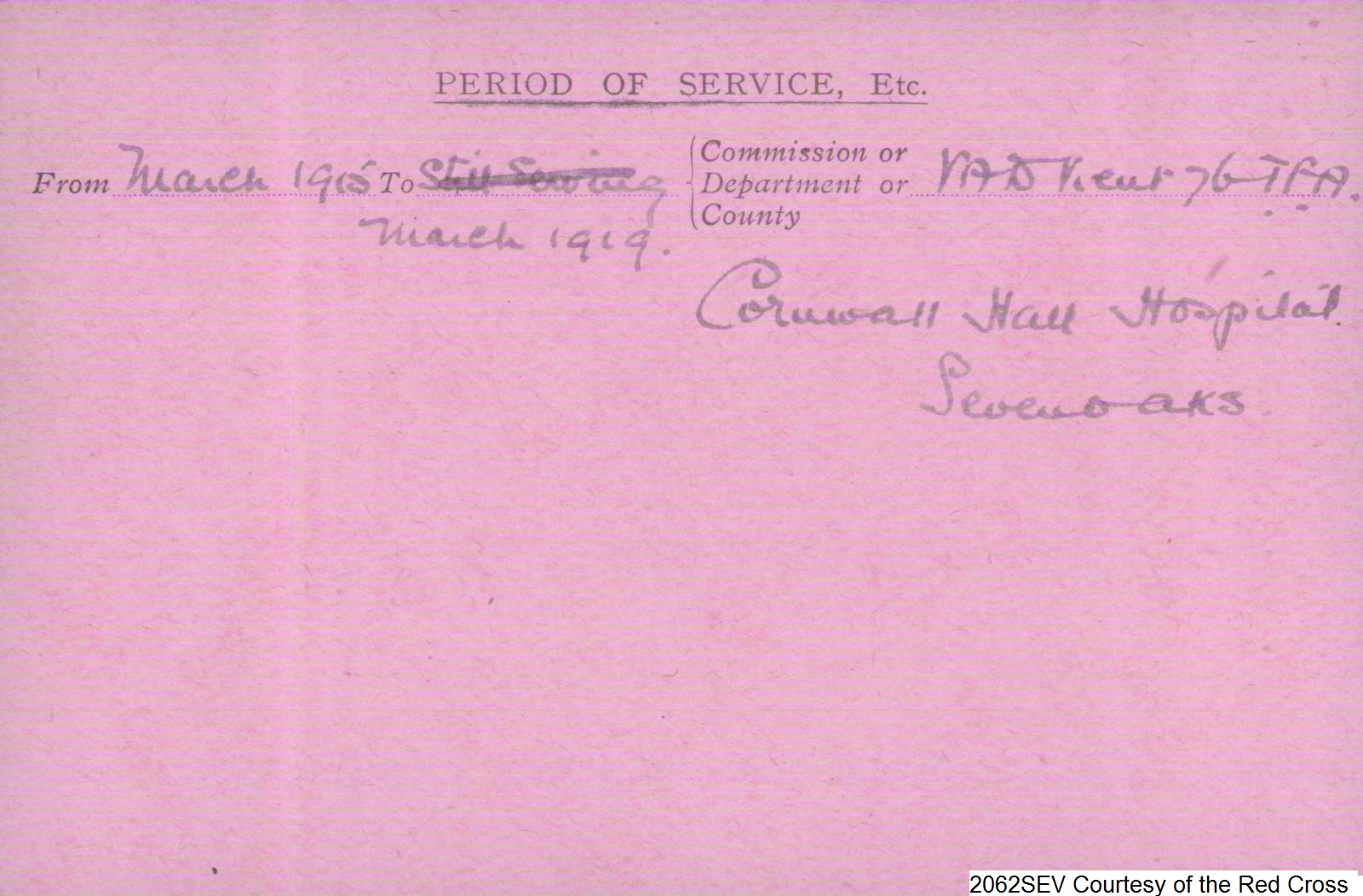 All three daughters of the vicar the Rev Rooker volunteered with the VAD* as nurses. 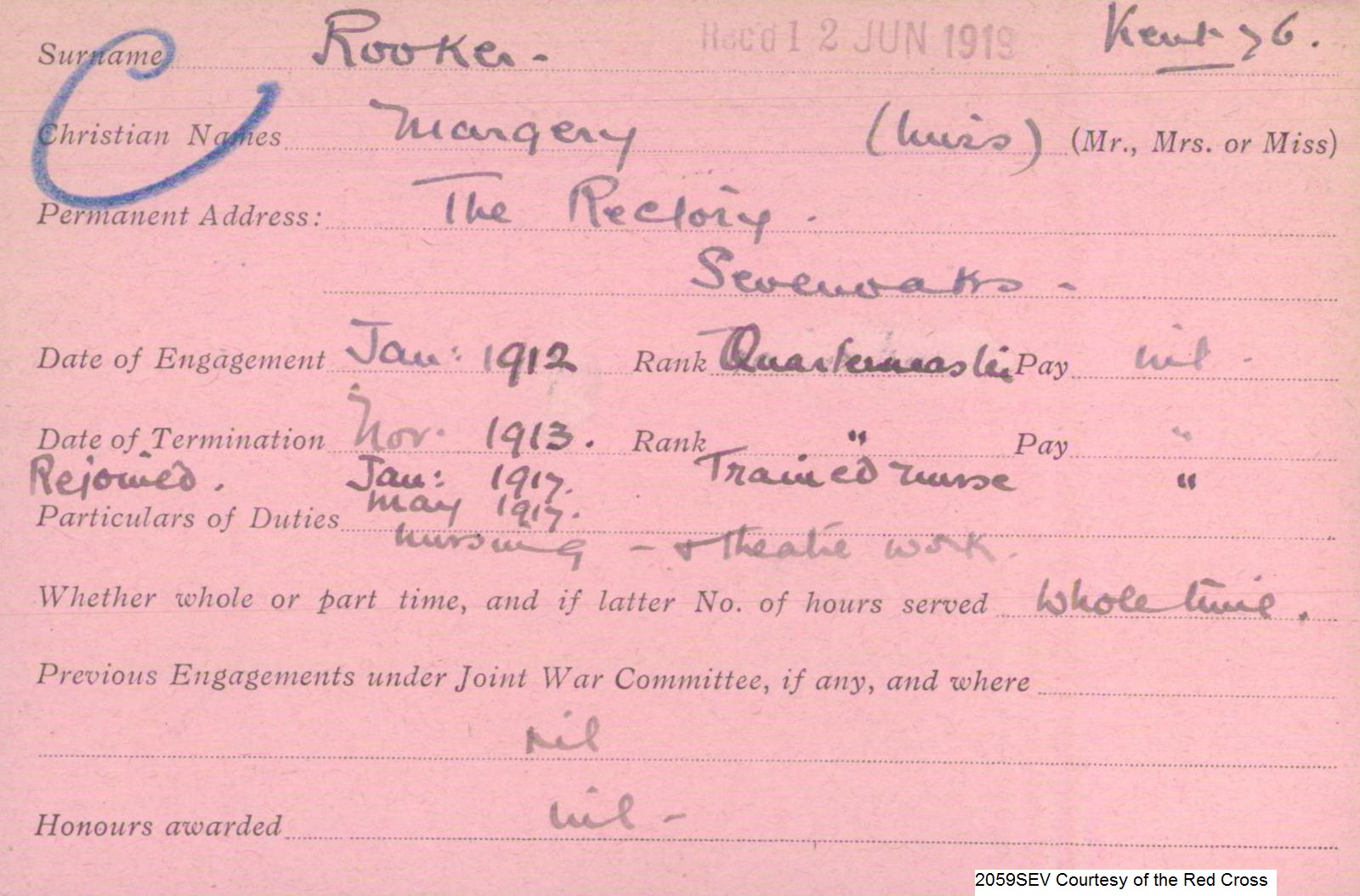 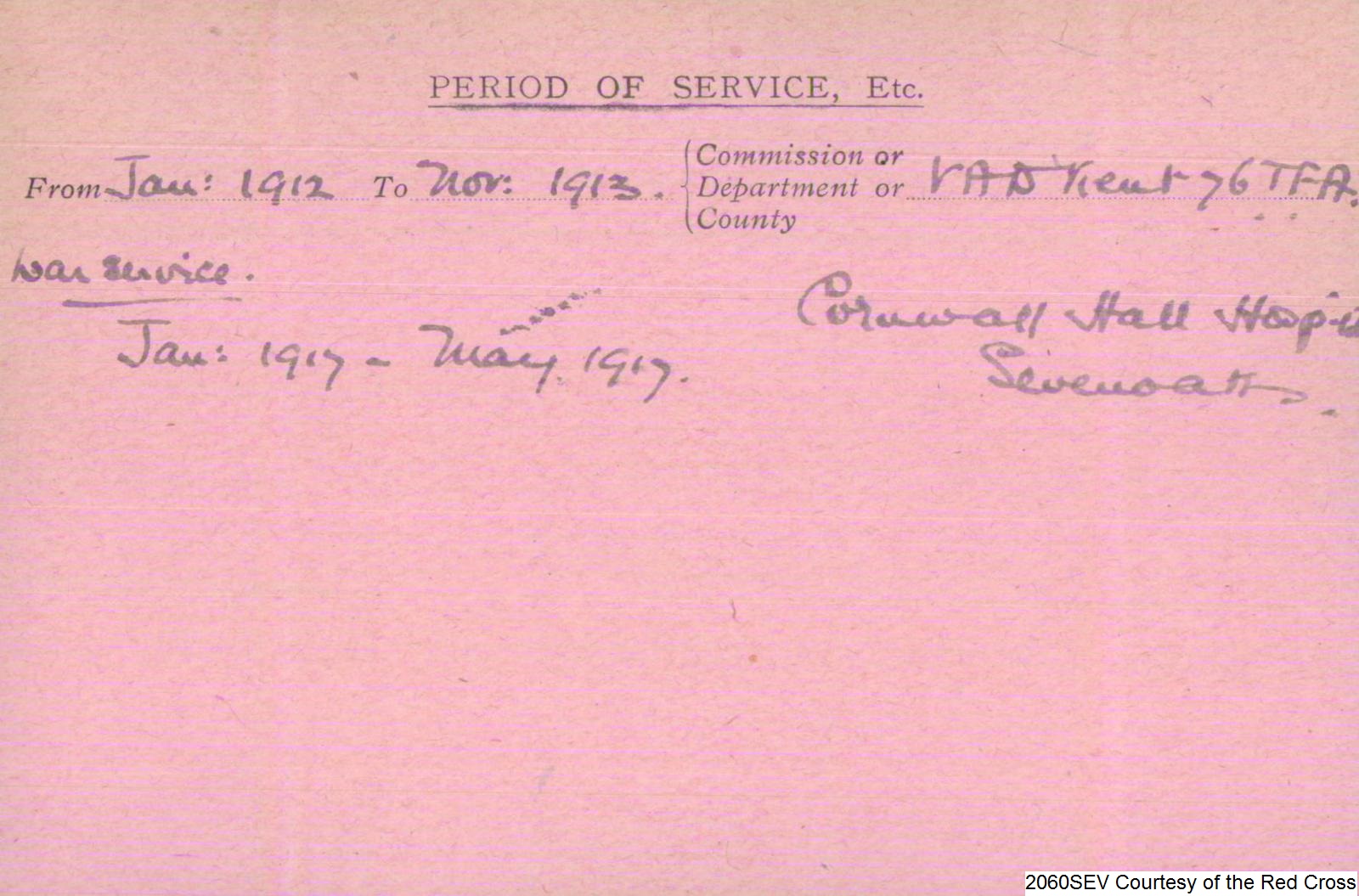 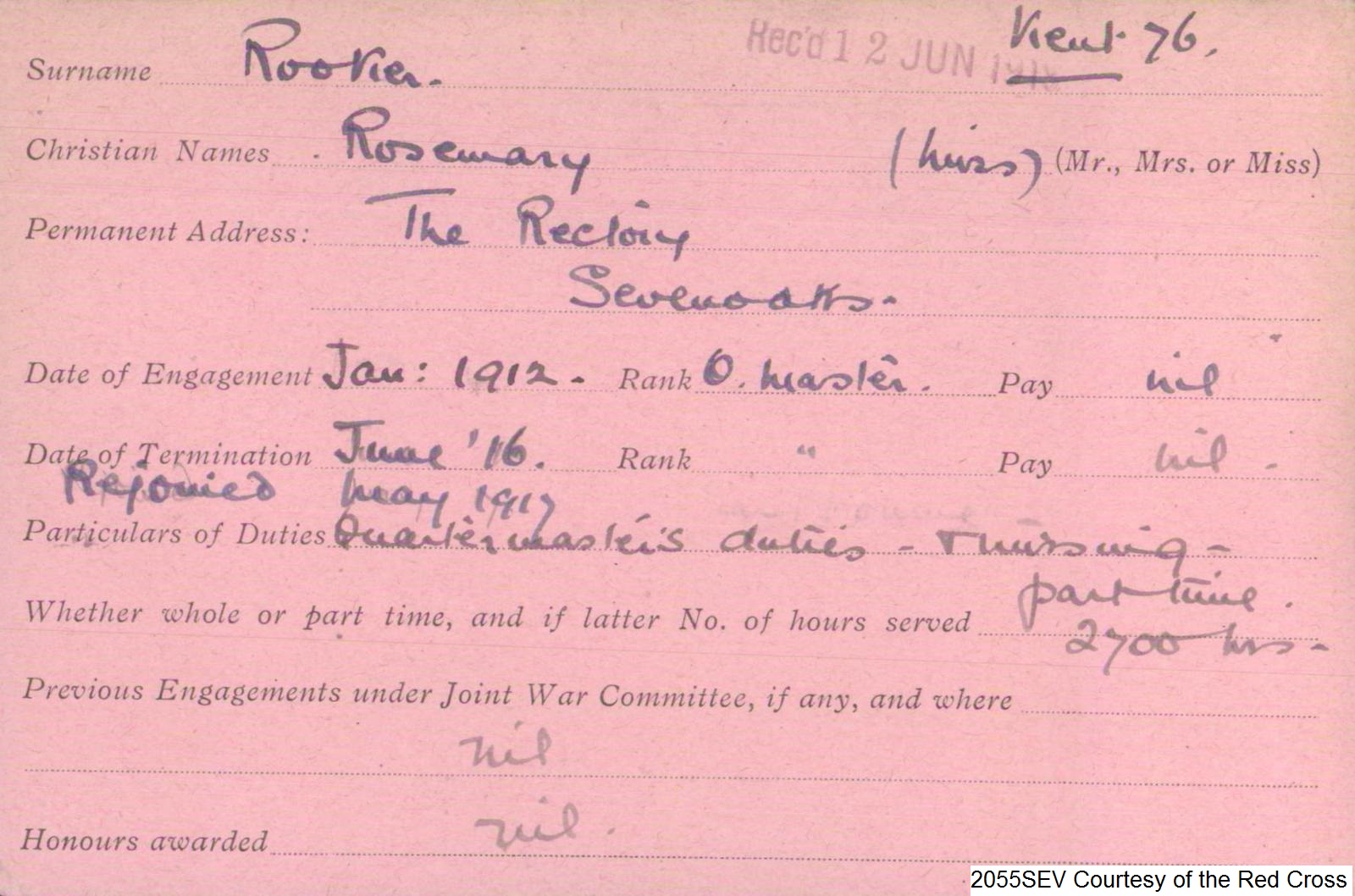 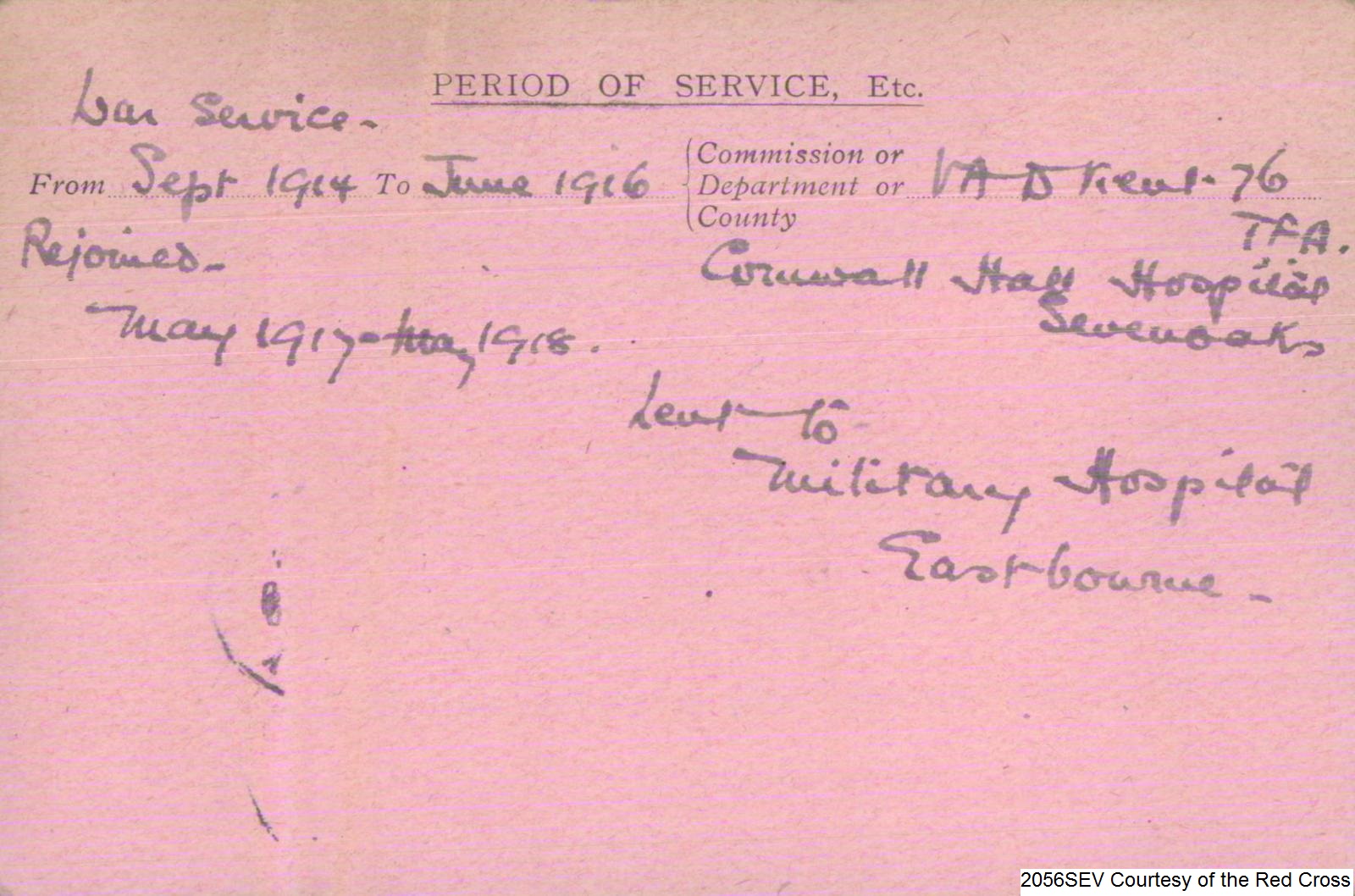 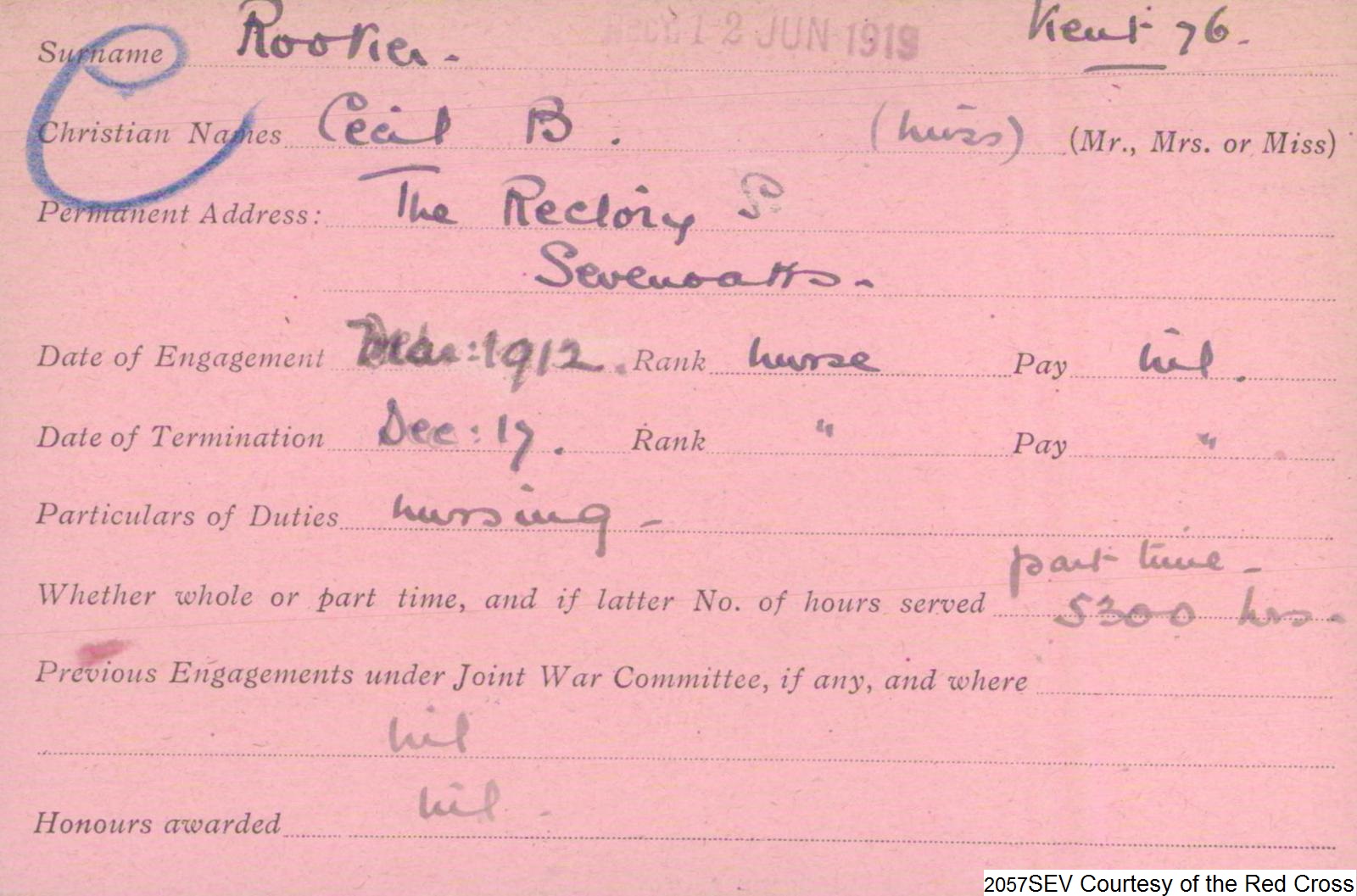 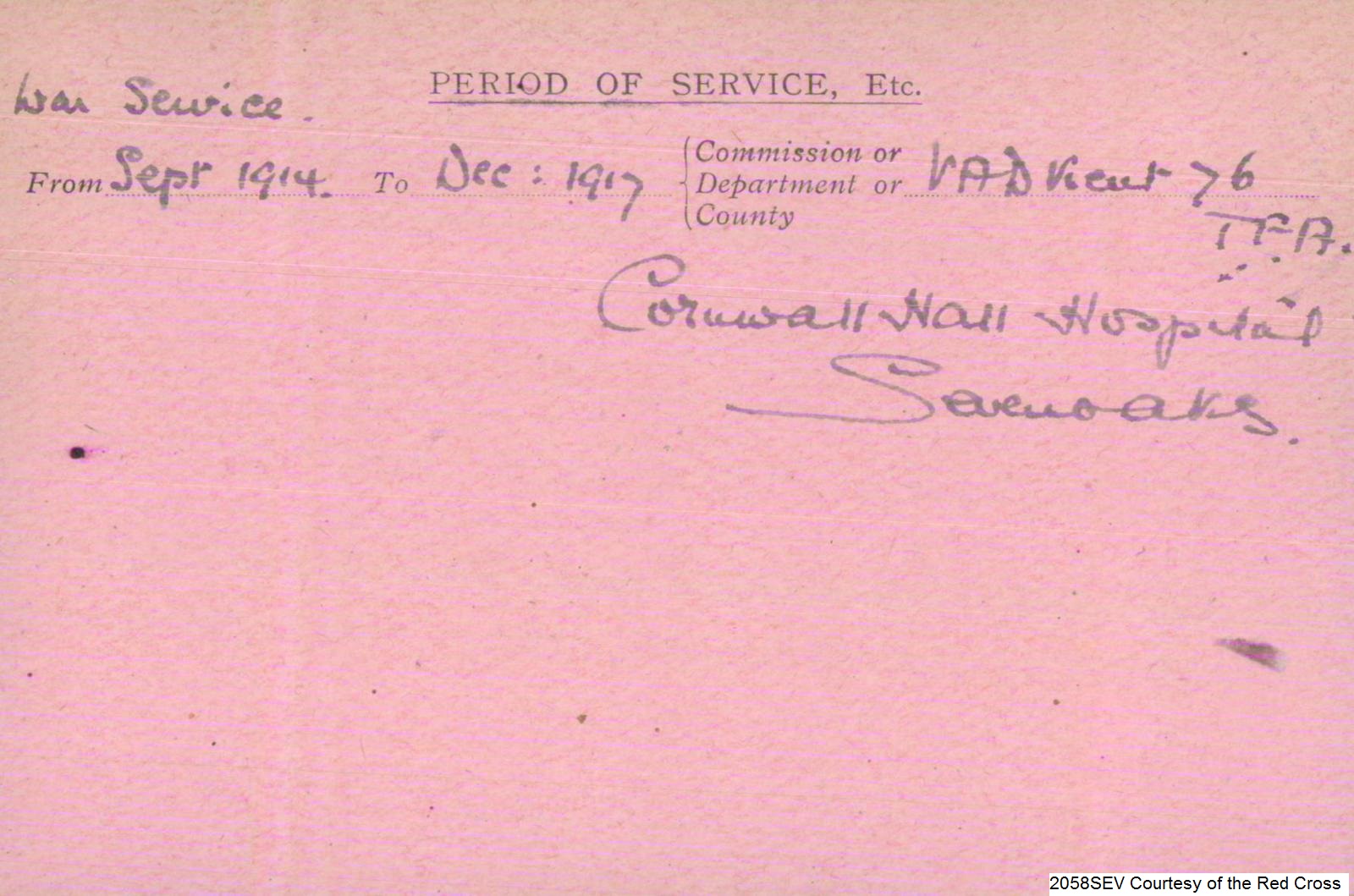 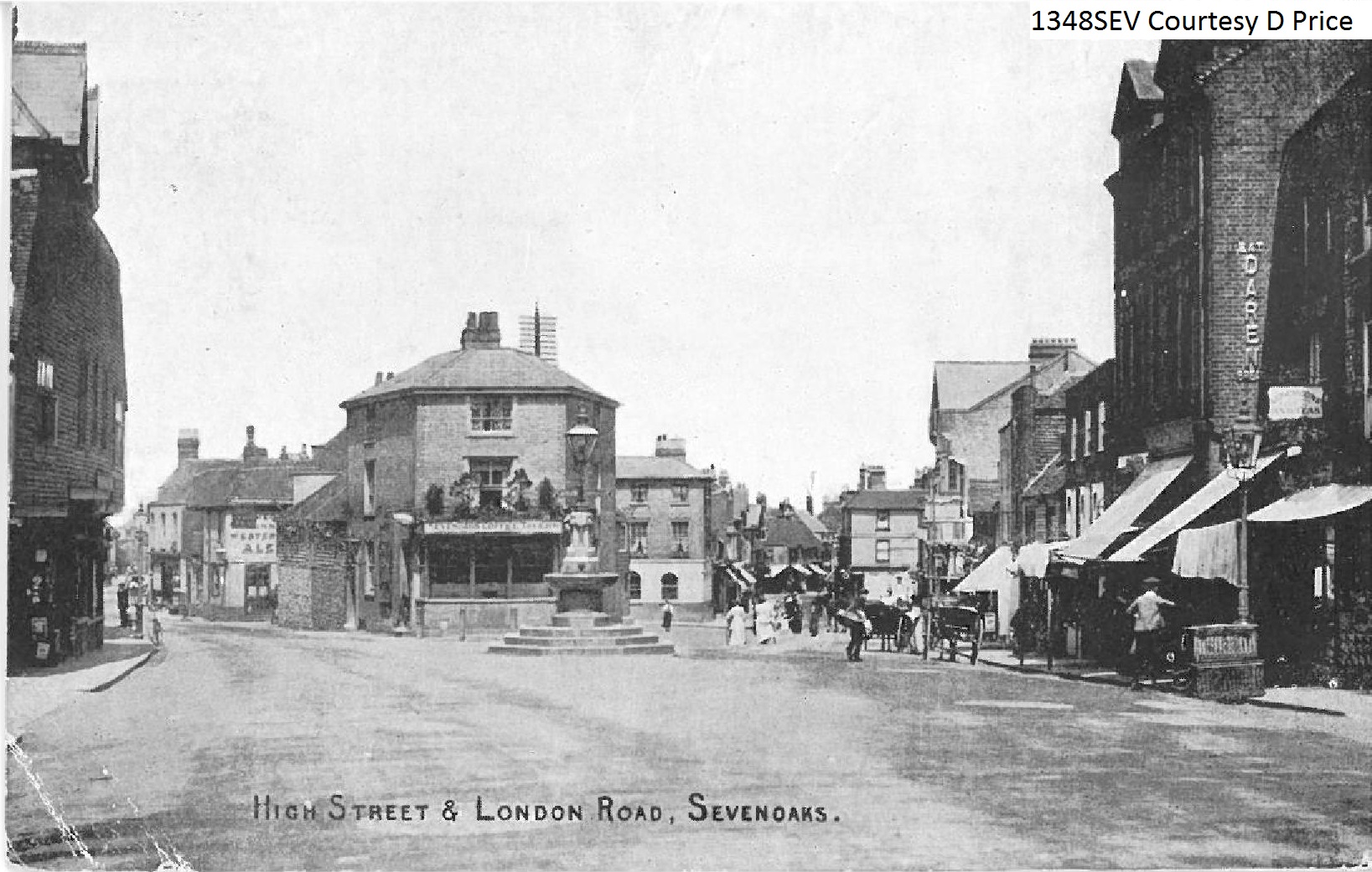 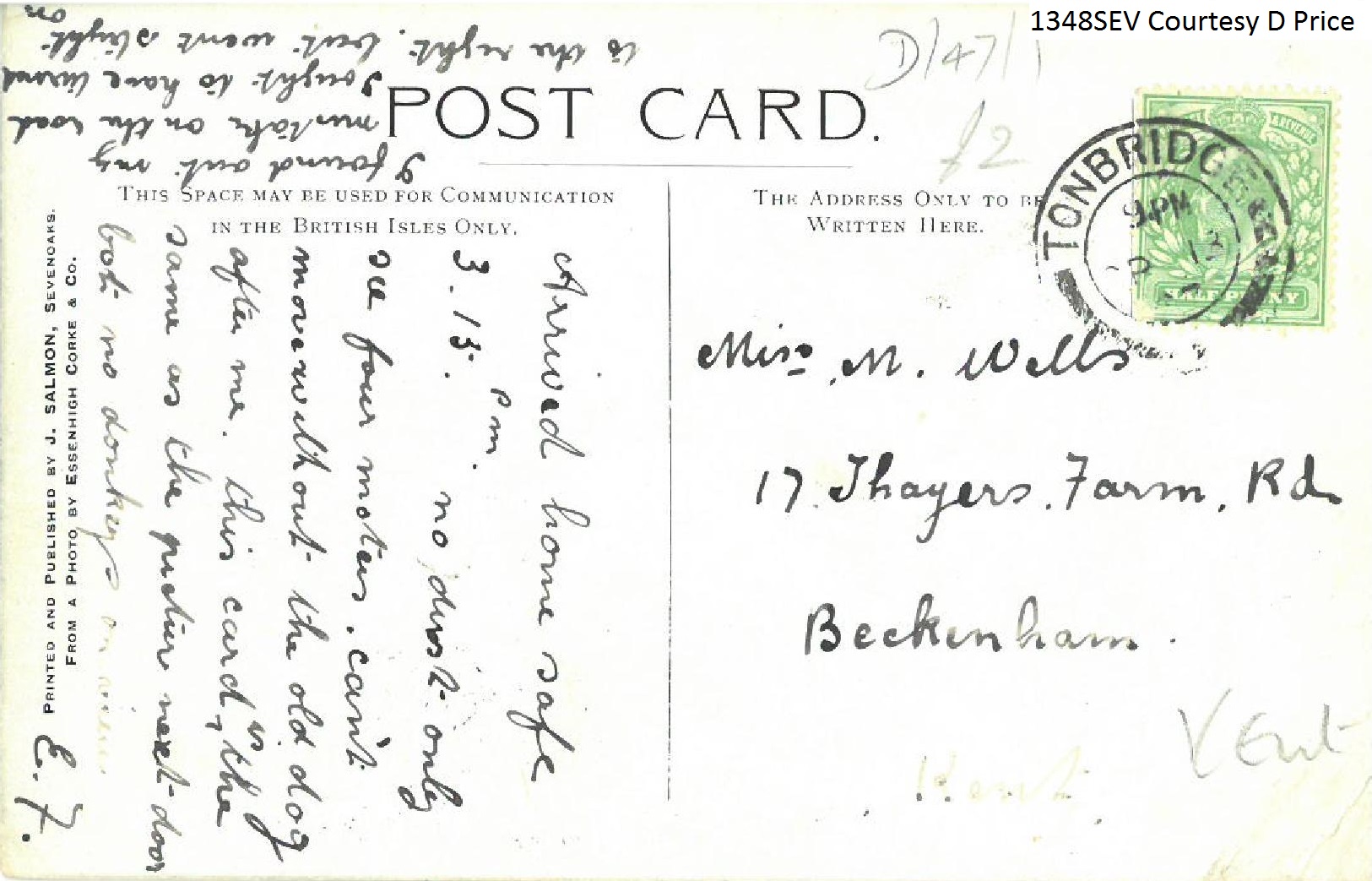 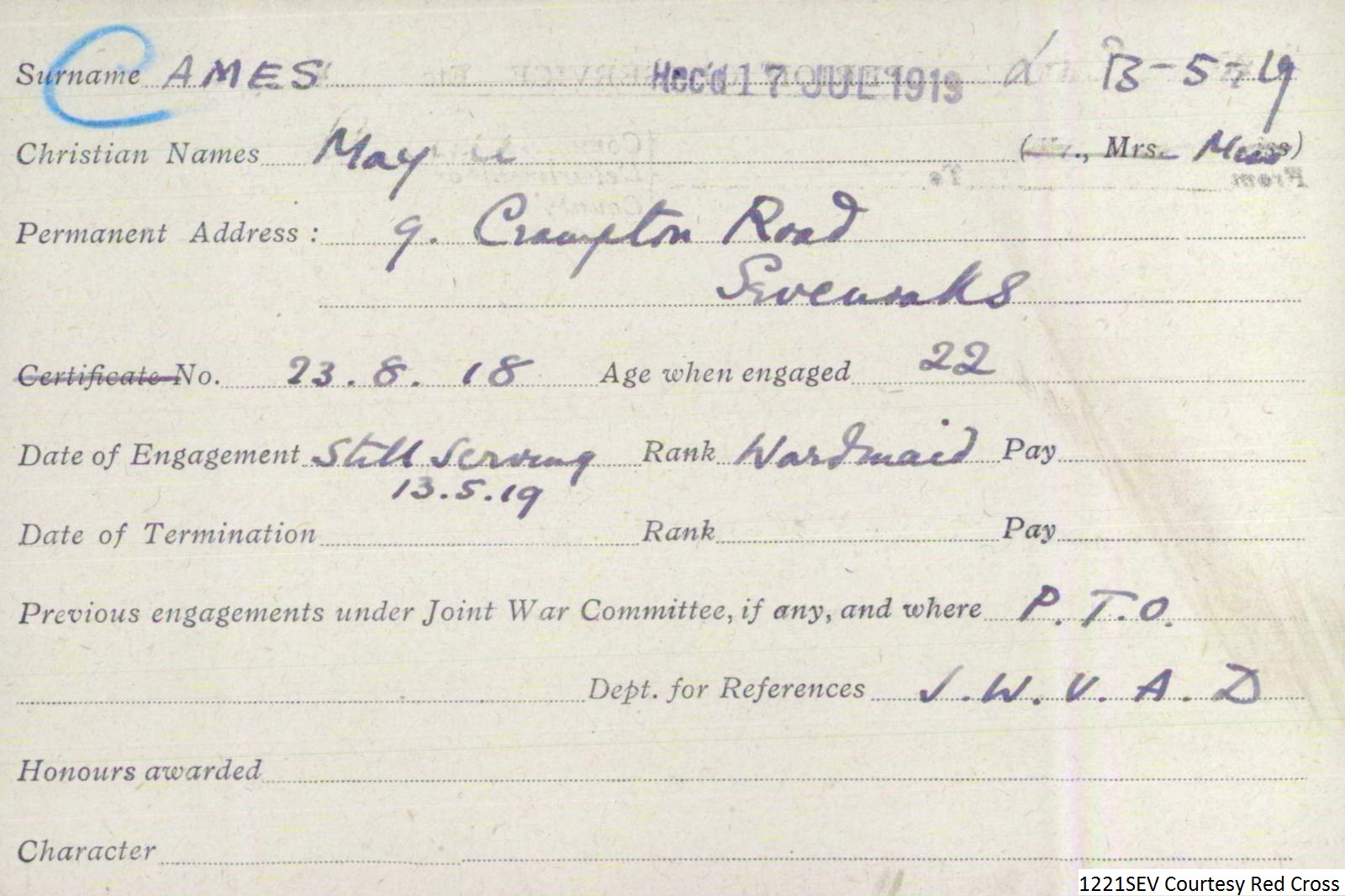 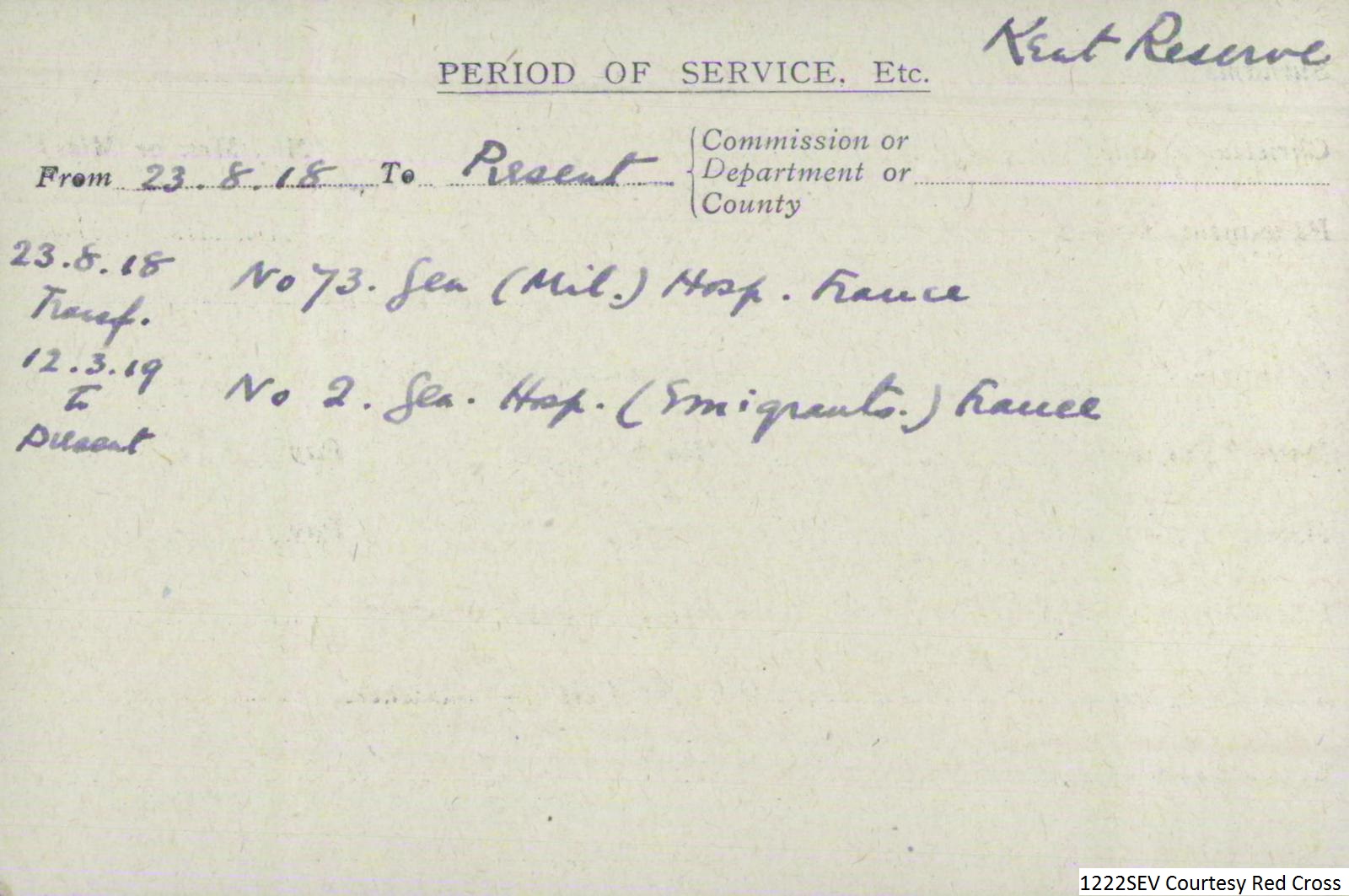 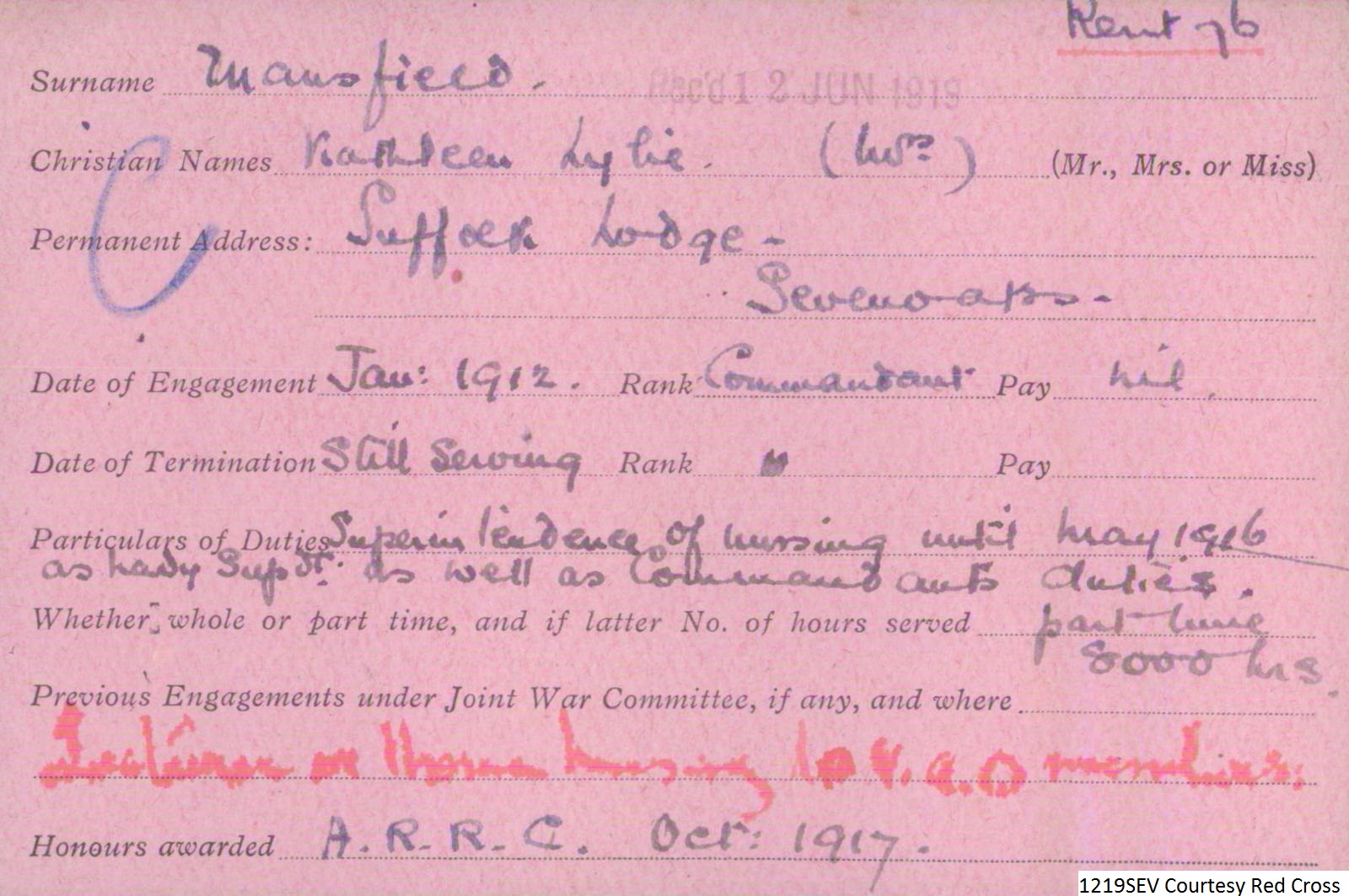 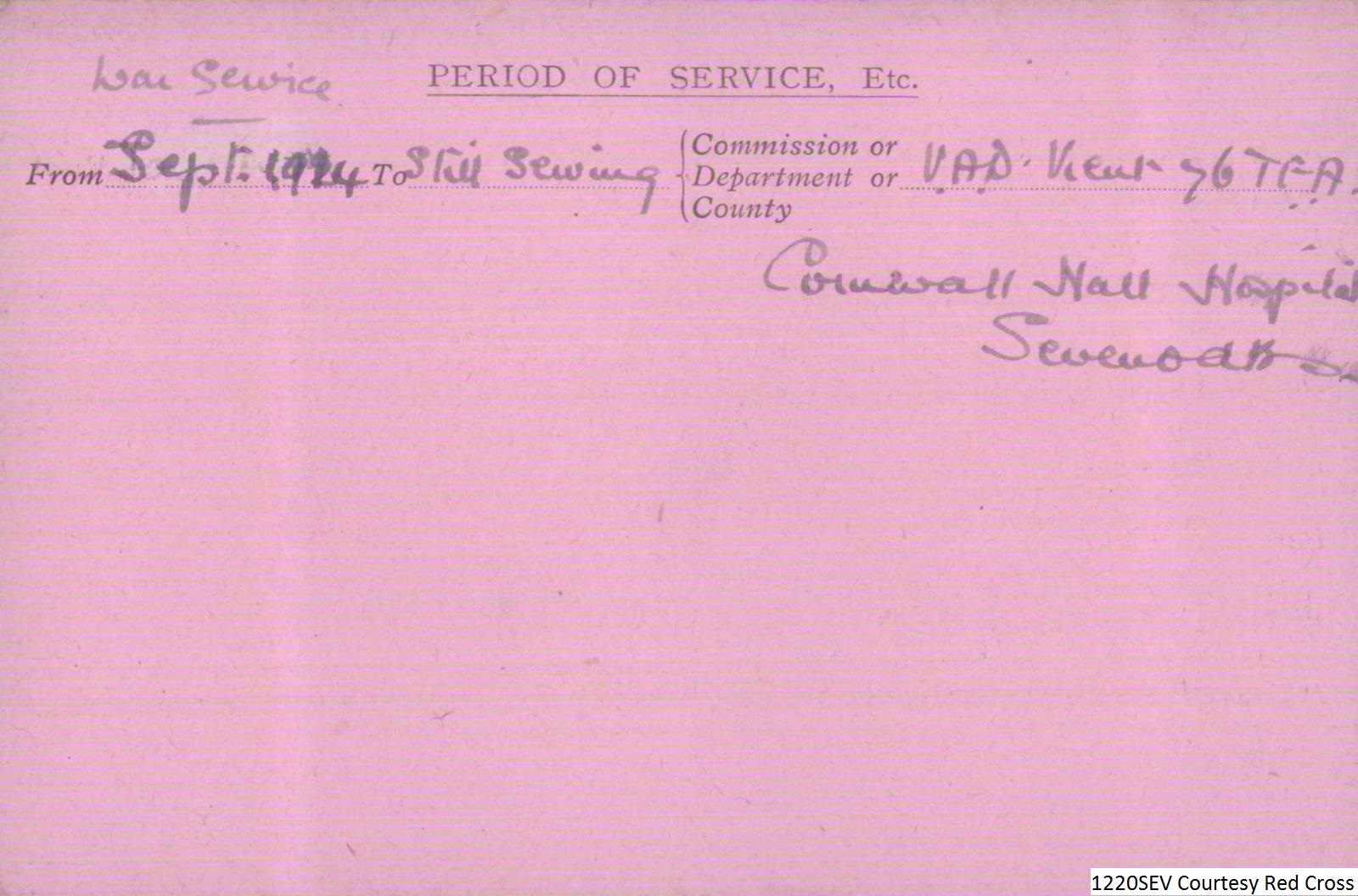 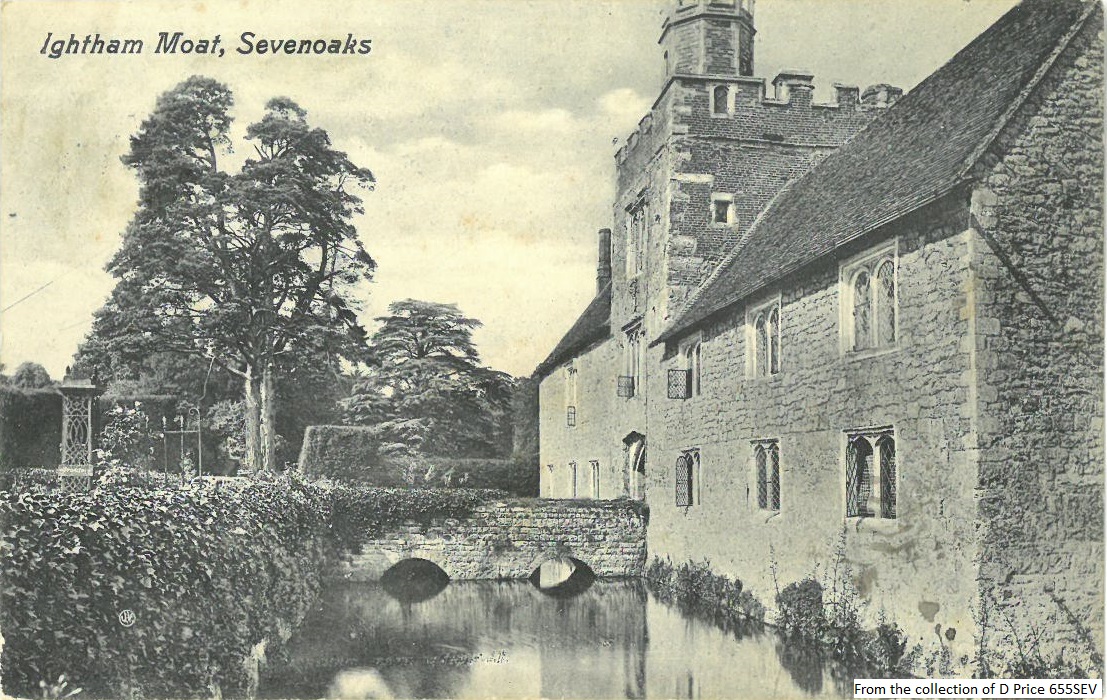 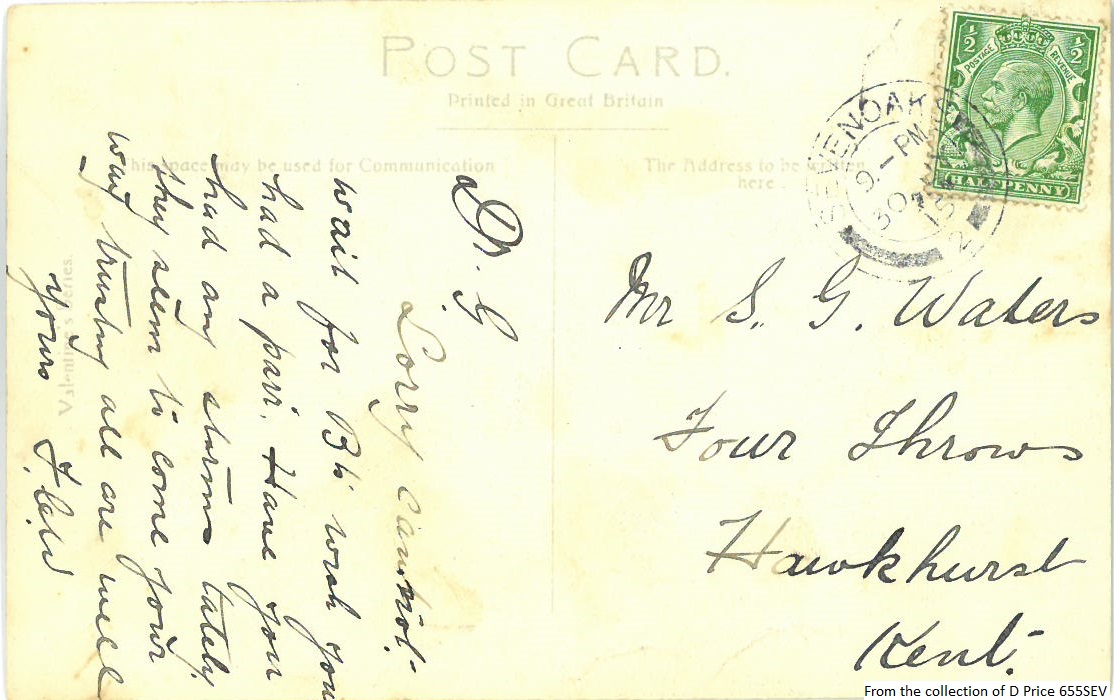 Sorry can not wait for B so wish you had a pass .Have you had any storms lately, they seem to come your way. Trusting all are well Yours F???

Ightham Mote was the home of the Colyer Fergusson family. Thomas Colyer Fergusson was awarded his VC posthumously – he was killed in action on 31st July 1917 aged 21and is buried at the Menin Road South Military Cemetery.

7. The Vine in Sevenoaks

The Vine was a public area given to the people of Sevenoaks and also the home of the The Vine cricket club (one of the oldest in the country). The Vine was used as a parade ground for the troops during the First World War and the YMCA had a canteen for the troops nearby.

This card was written by Bob c/o 29 High Street Sevenoaks to his young lady, Mabel, in Canterbury November 1915. 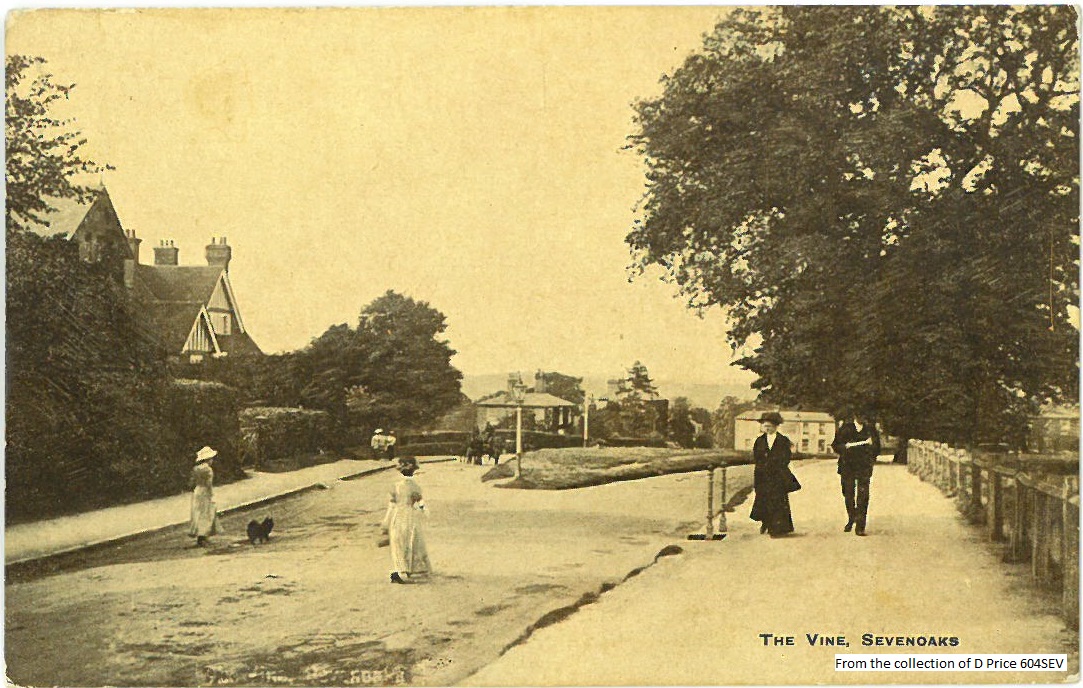 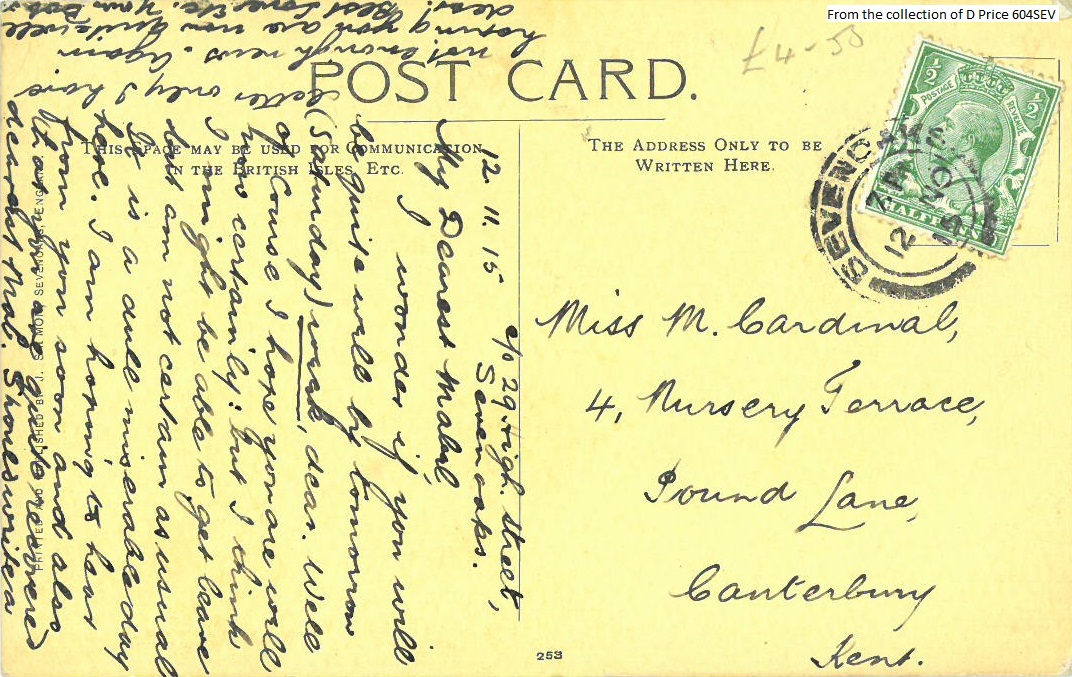 I wonder if you will be quite well by tomorrow (Saturday) week, dear. Well of course I hope you are well now certainly; but I think I might be able to get leave but am not certain as usual. It is a dull and miserable day here. I am hoping to hear from you soon and also that you are quite recovered dearest Mab. Should write a letter only I have not enough news. Again hoping you are now quite well dear. Best love etc. Yours Bob x

This is the second card we have from Bob to Mabel. The daylight saving referred to in this card was introduced on the 21st of May 1916 so the card was written on the first day of its introduction. 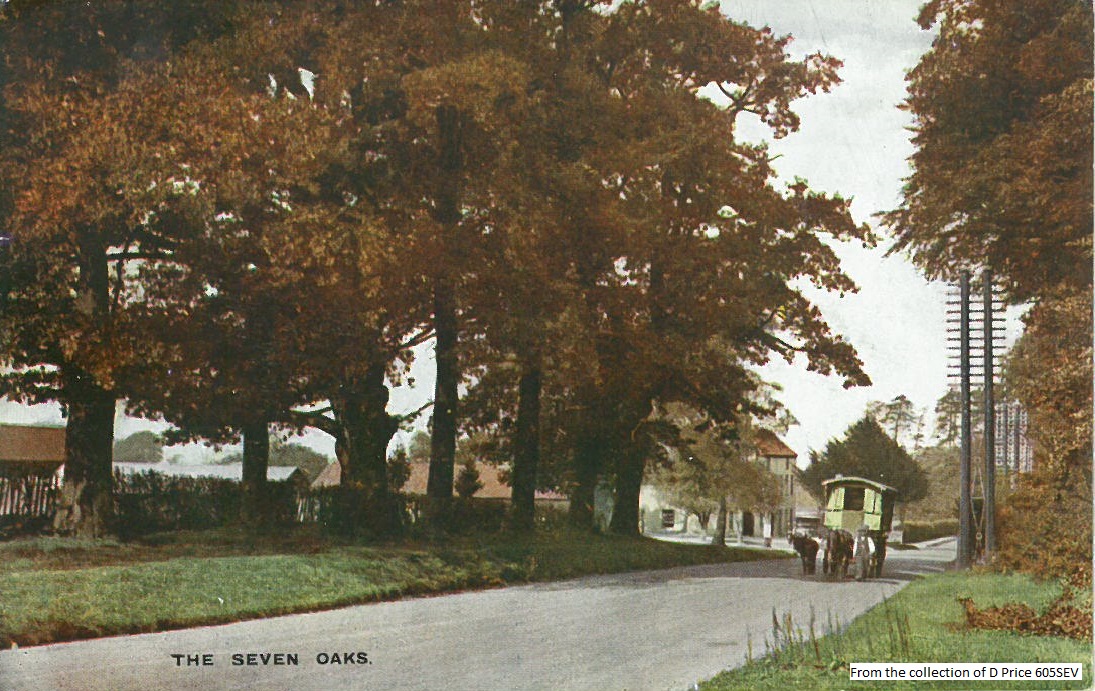 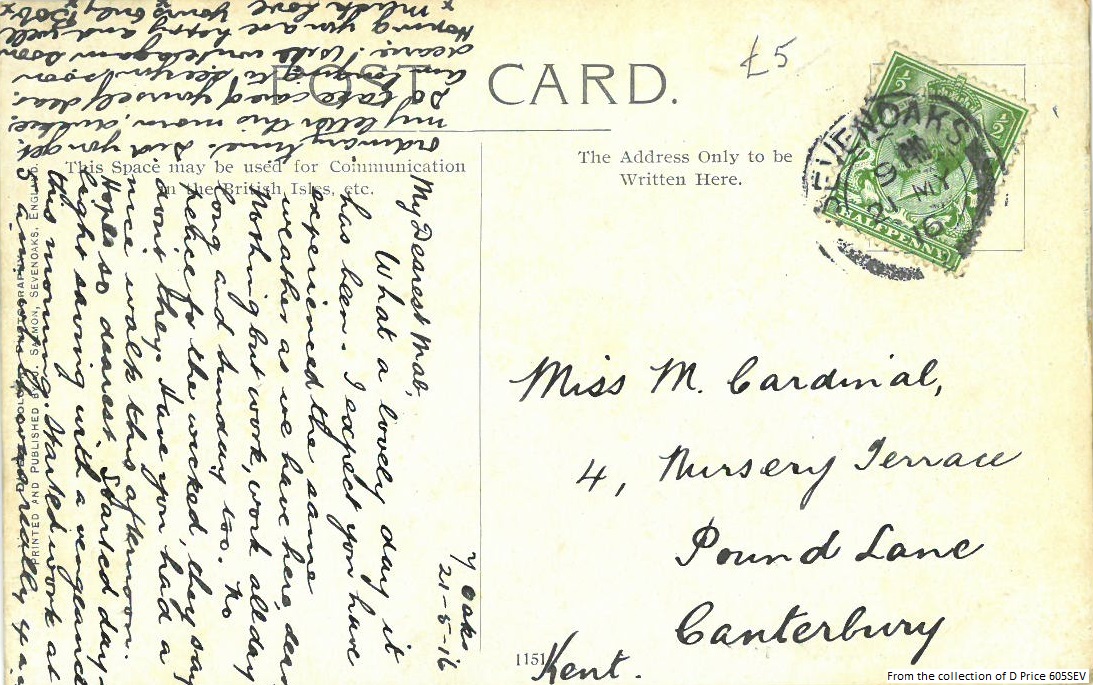 What a lovely day it has been. I expect you have experienced the same weather as we have here, dear. Nothing but work.work all day long and Sunday too. No peace for the wicked, they say don’t they. Have you had a nice walk this afternoon. Hope so dearest. Started daylight saving with a vengeance this morning. Started work at 5 a.m. which was really 4 a.m.ordinary time. Did you get my letter this morning, duckie. So take care of yourself dear. Am hoping to see you soon dearest. Will write again soon. Hoping you are happy and well x M With love yours only Bobx