Rochester in the Great War

Welcome to the town page for Rochester. Explore your town map to discover people who lived in your town during the First World War.

Rochester has been a militarily strategic town since Roman times due to its position on the River Medway and proximity to London. Together with the neighbouring towns of Chatham, Gillingham and Sittingbourne it was defended by rings of forts which had been built from the 18th century. These forts had various uses during the First World War in addition to their defensive roles, with two examples being the use of Fort Borstal for troop accommodation and to assemble stores for shipment onto the Western Front, and Fort Clarence being used as a recruiting centre by the garrison artillery.

On the Hoo Peninsula, close to Chattenden Barracks, training trenches were built to prepare troops for their posting to the Western Front.

As the War continued, civilians would have become accustomed to seeing flying boats being made by Short Brothers in their new factory on the bank of the Medway. This location was ideal as the flying boats could be launched directly from the factory.

Air raids from both Zeppelins and aircraft were an ongoing threat throughout the War, not just as a result of direct raids upon Rochester but also due to German aircraft targeting London using the River Medway as a navigation aid, especially on a moonlit night. Public air raid shelters were provided in the First World War and there were anti-aircraft gun emplacements established.

Just as was the case in other Kent towns, additional hospitals and convalescent hospitals were established in Rochester to deal with the influx of casualties, as established hospitals such as St Bartholomew’s could not cope.

Percy Wyatt (my paternal grandfather) joined 2 Coy Kent Royal Garrison Artillery (Territorial Force) in Gravesend as a trumpeter, at the age of 16 on 10 April 1912. He then went on to serve with 12 Anti-Aircraft Company at Beacon Hill in Chattenden until he was called to the British Expeditionary Force in France from June 1917. He served with the 199th Siege Battery until his return in February 1919, then was demobbed a few months later.

I am still researching his time in the Great War on the Western Front, but hope to find out some interesting details.

He returned to Gravesend after the war, where he was a painter and decorator until his premature death in 1942, as a result of suffering from tuberculosis.

The postcard below shows Rochester Bridge. The postcard was sent 4th Jan 1915. We have also received another card from the same family (See 332CHA) 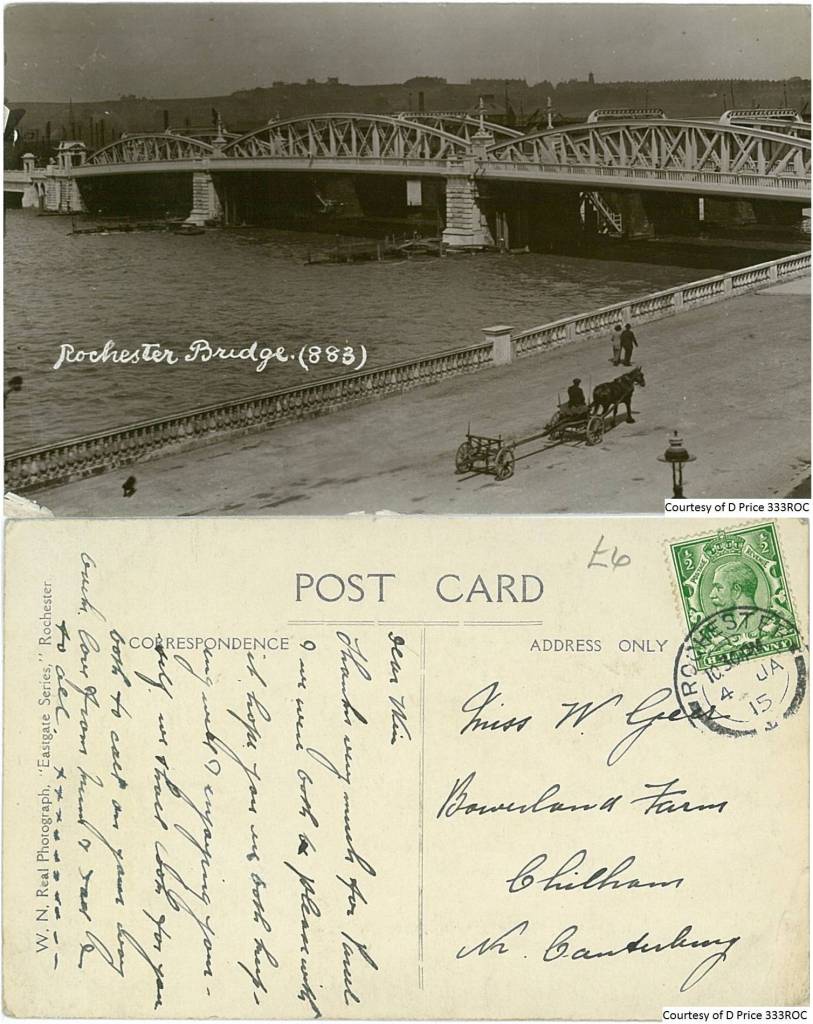 ‘Dear Win thanks very much for parcel and we were both pleased with it. Hope you are both keeping well and enjoying yourself. We shall look for you both to call on your way back. Love from mum & Dad & all. Xxxxxxxxxx’

The postcard below shows a view of Eastgate House in Rochester. The card was sent 15th Aug 1917 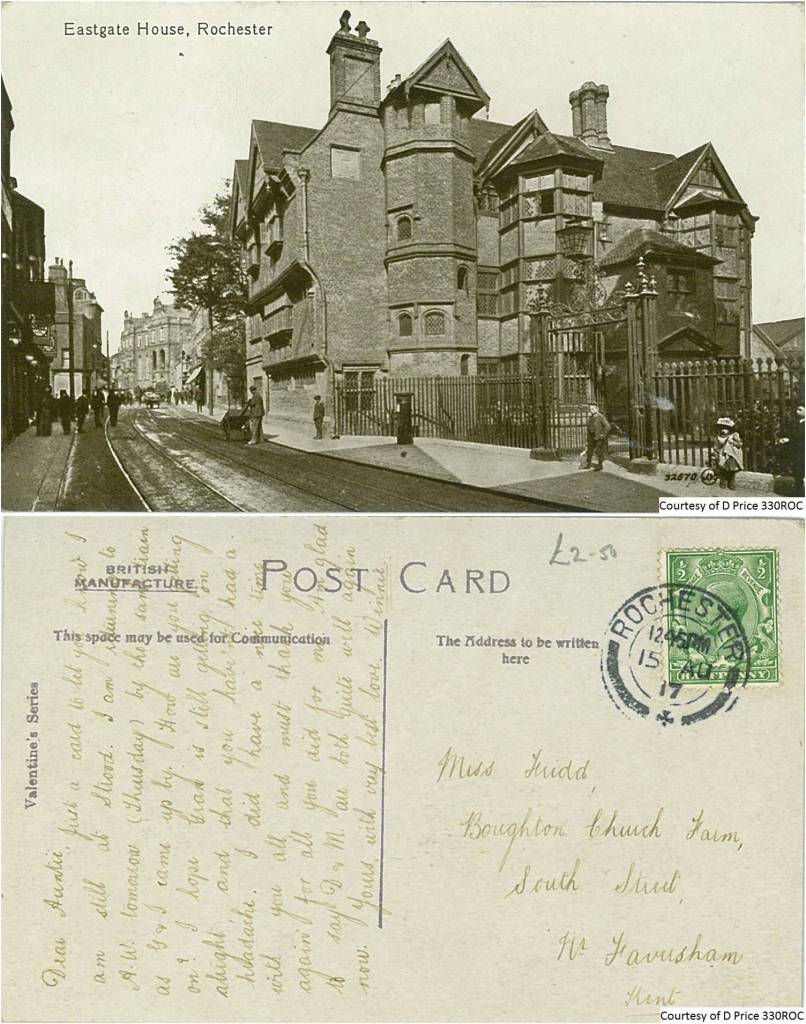 15th Aug 1915‘Dear Auntie just a card to let you know I am still at Stroud I am returning to AW tomorrow Thursday by the same train as G and I came up by. How are you getting on? I hope Nan is still getting on alright and that you haven’t had a headache I did have a nice time with you all and must thank you again for all that you did for me. I am glad to say that D and Mere both quite well again. Yours with very best love Winnie.’ 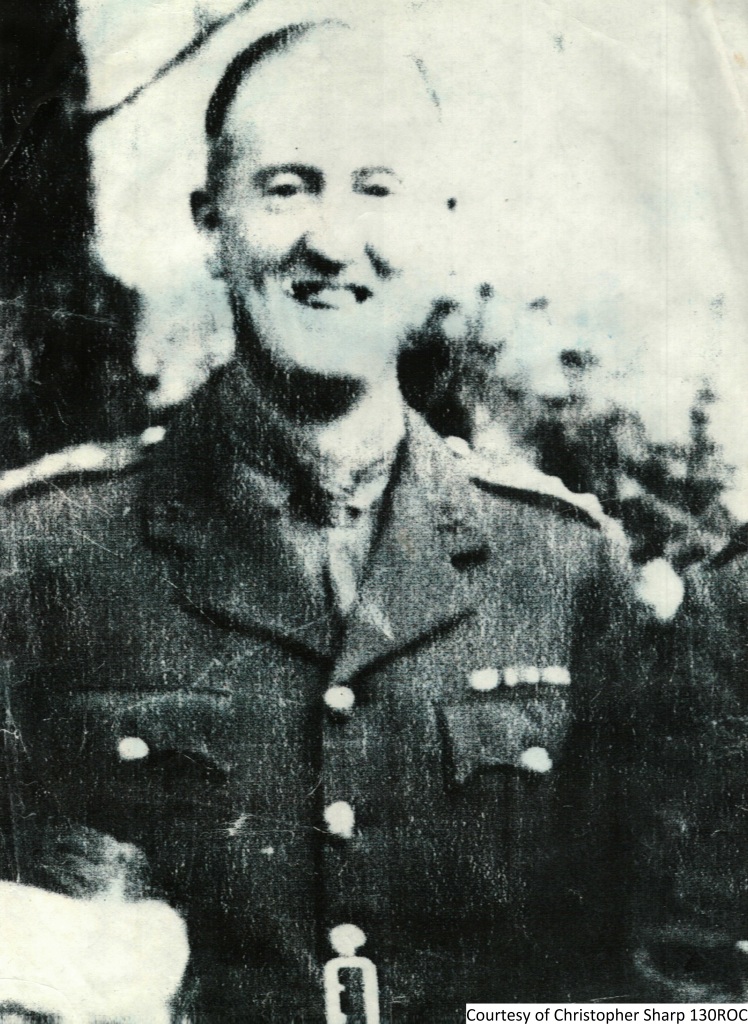 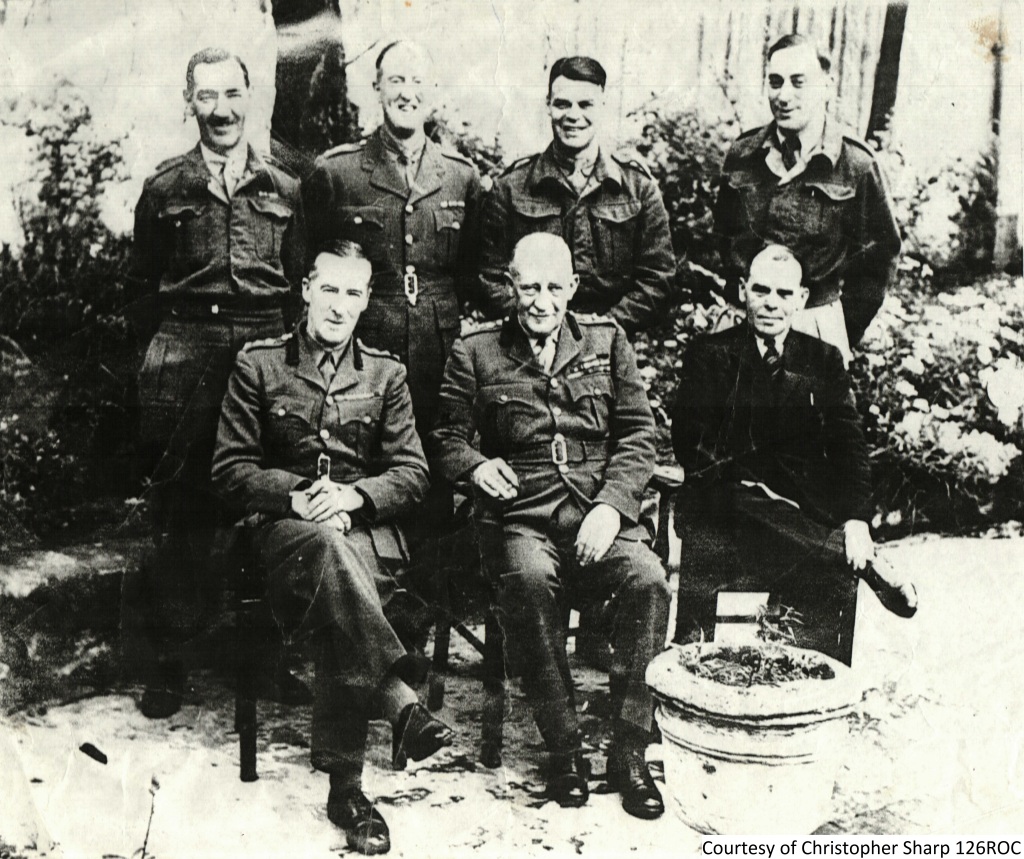 Views of Rochester. From the text, this postcard appears to be written from a soldier who has just been stationed in Rochester. The card was sent 15th August 1915. 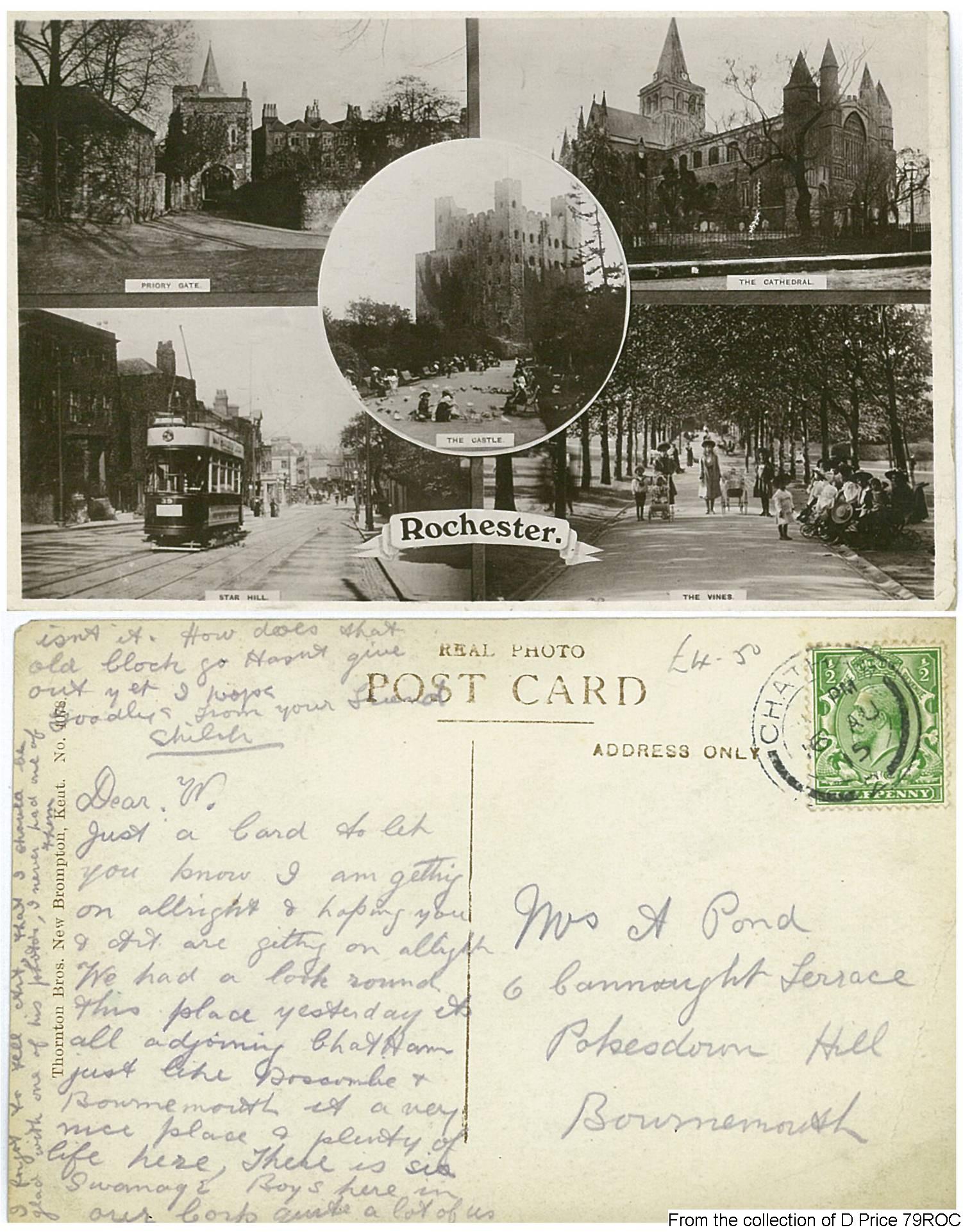 Dear W. Just a card to let you know I am getting on allright & hoping you & Ant are getting on allright. We had a look round this place yesterday its all adjoining Chatham just like Boscombe and Bournemouth it a very nice place & plenty of life here. There is six Swanage Boys here in our Corp quite a lot of us, isnt it. How does that old block go hasent give out yet I hope. Goodbye from your friend Shiloh. 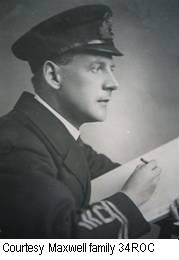 'Donald Maxwell was a Rochester based artist. In the First World War he drew some of the first pictures depicting air warfare and, as an officer in the RNVR and later as an official Admiralty war artist, he created an important pictorial record of naval operations. His work is displayed in the Imperial War Museum and Chatham Dockyard Museum amongst others.'