Private Douglas J. Dray (named after his uncle) grew up in Ramsgate and enlisted as part of the Royal Fusiliers. 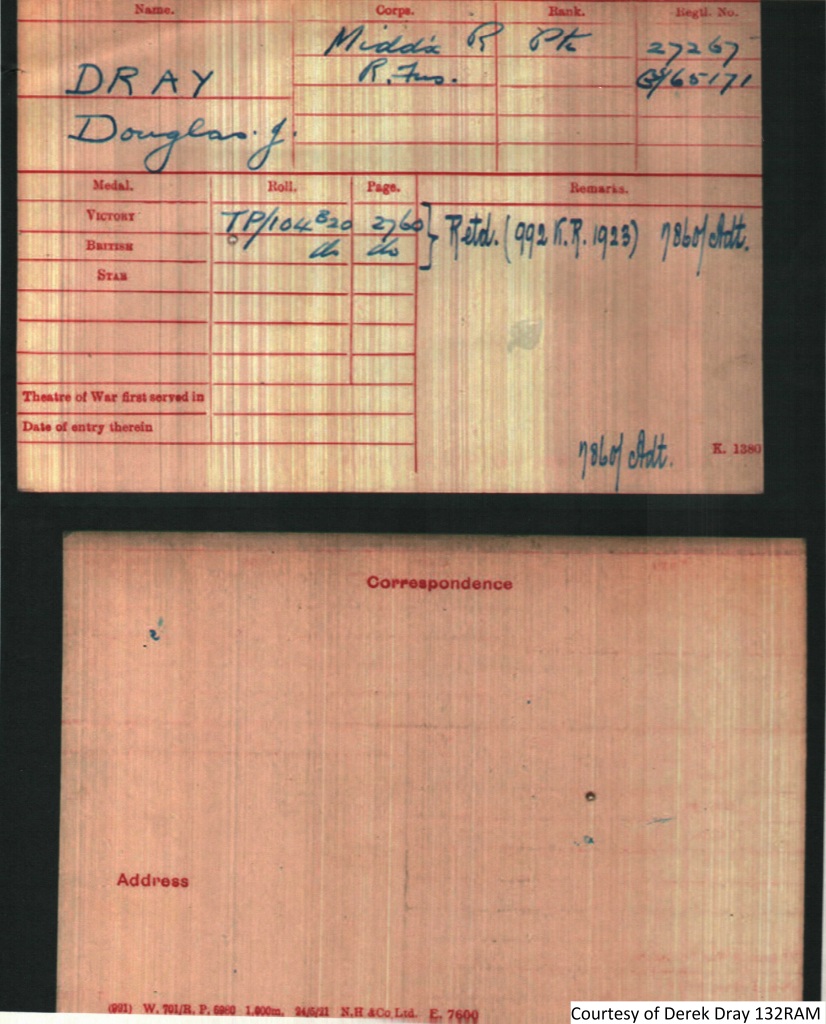 Douglas was killed in action on the 24th April 1917, age 19. He is buried in Chili trench Cemetery in France. 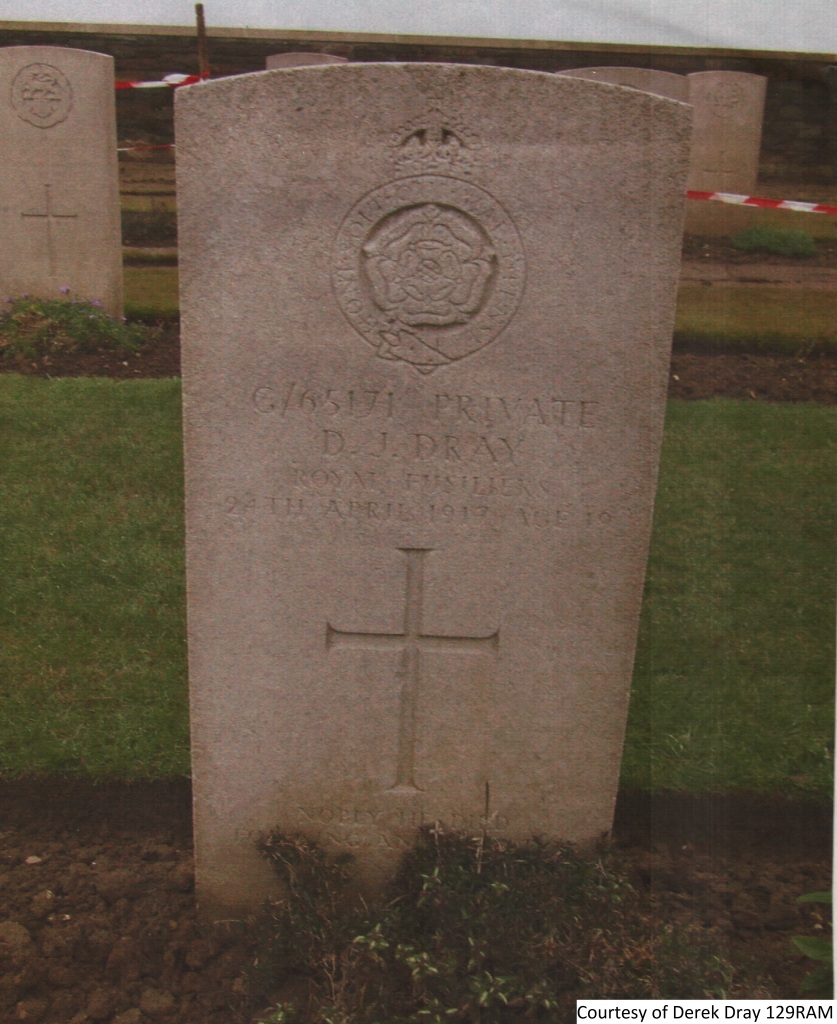 Pictured below is the certificate that was presented to Douglas’ sister, Rose Foreman. Rose was still at school in Ospringe when she received this certificate which was dated 1919, during the Armistice. Rose worked at St Lawrences as a housemaid and went on to have a son Derek. Rose met Derek’s father, at St Lawrences where he was working as a handy man. 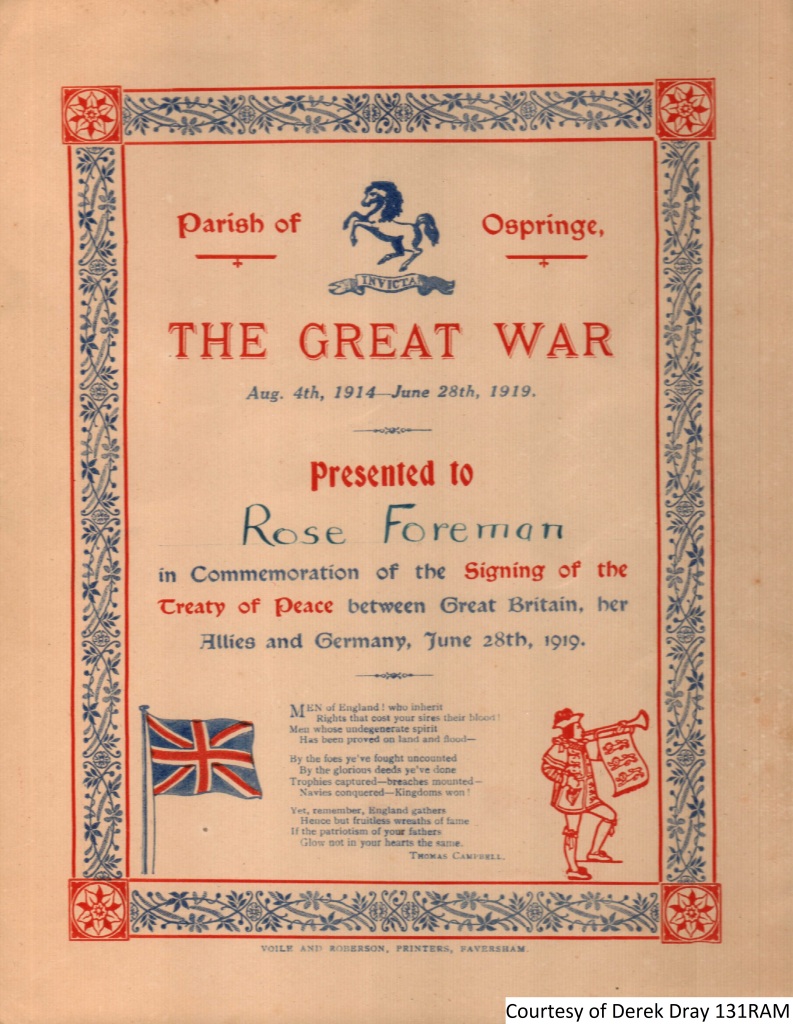