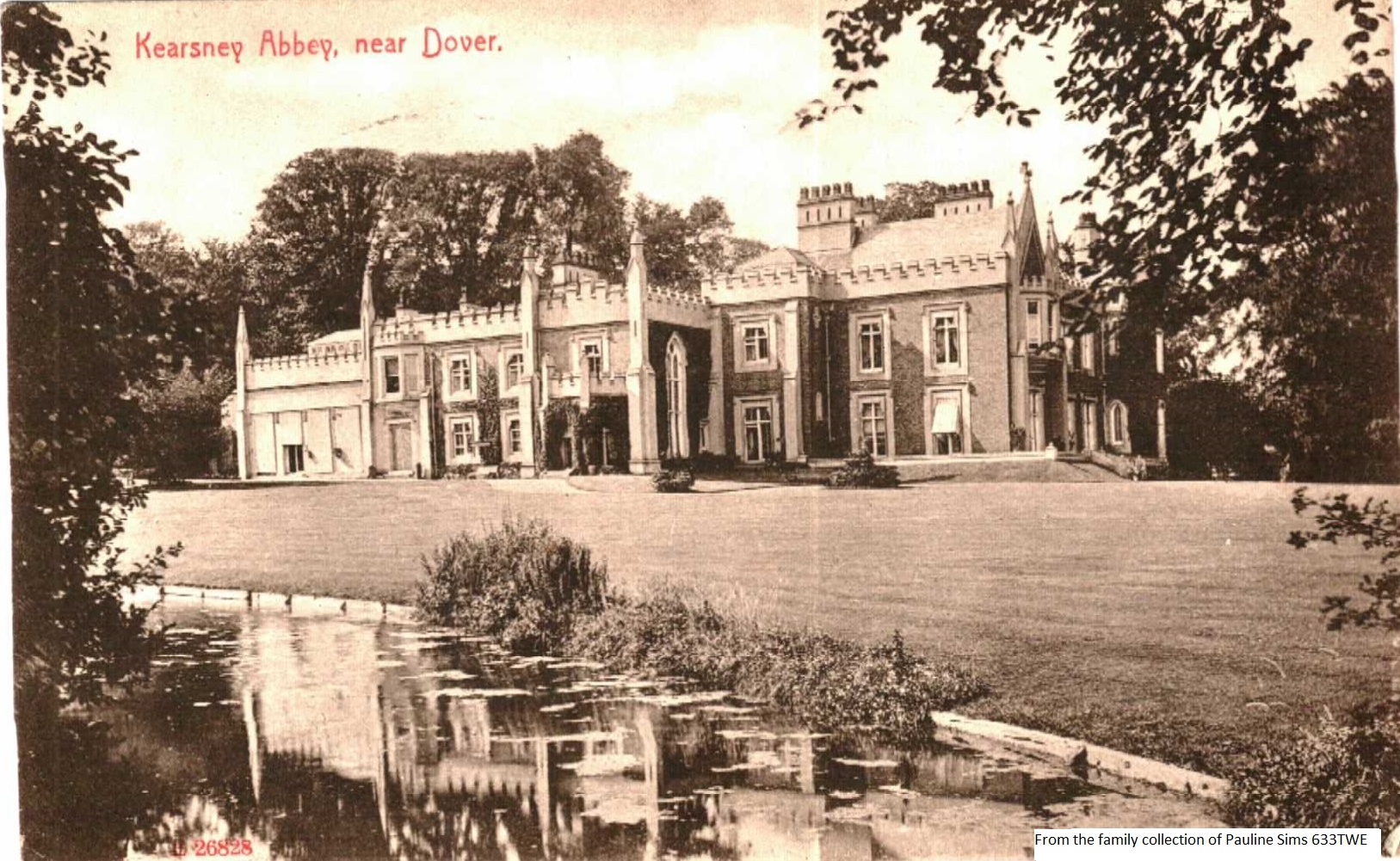 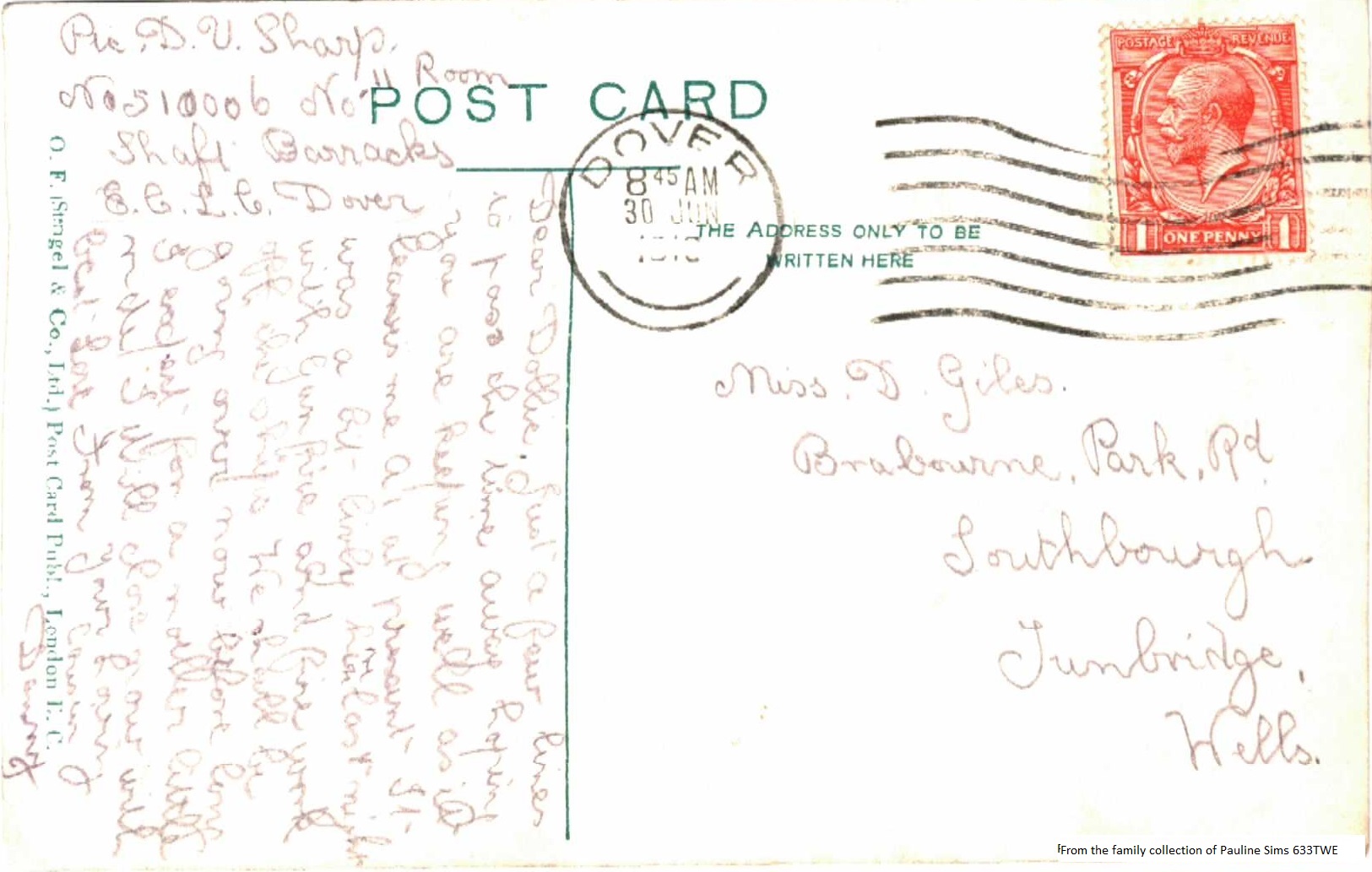 Dear Dollie, Just a few lines to pass the time away hoping you are keeping well as it leaves me a1 at present J1 – was a bit lively … last night with gun fire and fire work off the ships. We shall be going over now before long. I expect for a rather little ride. I will close now with best love from your loving cousin Danny

In this picture you can see Kearsney Abbey near Dover. It was sent from Dover on 30 June 1918 at 8.45am by Douglas Sharp to Dorothy Giles on his way home from being a POW.

Pauline Sims’s mother, Dorothy Giles, was in service with Amelia Scott, at Bradbourne Park Road, Southborough. She was mainly known for her support of The Suffragette movement and improving life for women. During the War she established a Soldiers’ Laundry. Amelia Scott was awarded The Order of the Golden Palm by the King of Belgium for her help to Belgian refugees during World War One and attended a Buckingham Palace garden party for women war workers on account of the soldiers’ laundry which she managed from 1915-1918.