Broadstairs in the Great War

Welcome to the town page for Broadstairs. Explore your town map to discover people who lived in your town during the First World War.

Until the middle of the eighteenth century, Broadstairs was little more than a hamlet to the larger agricultural settlement of St Peter’s that was a mile and a half inland. Residents earned their living from the sea, initially with ship building and then as a fishing port, the harbour being protected by a small stone pier. Broadstairs grew to become a popular resort in Victorian times, with the railway reaching the town in 1867, and Charles Dickens being one notable resident.

The town was especially popular as a location for convalescent homes and private schools prior to the First World War, and during the War these buildings proved to be very useful: many troops were billeted in the town for the purpose of convalescence, and buildings were brought into use as hospitals, including the Yarrow Hospital which provided initial treatment to Canadian troops.

In common with other towns on the Kent coast, Broadstairs was attacked from the air by Zeppelins and Gotha bombers and also was shelled from the sea. There is evidence that demonstrates that air raid shelters were provided for civilians because of the severity of the air raids.

During WW1, men from Broadstairs served in all services including the mercantile marine, and in all theatres of the War. The churchyard of St Peter’s Church contains 37 graves from the First World War. 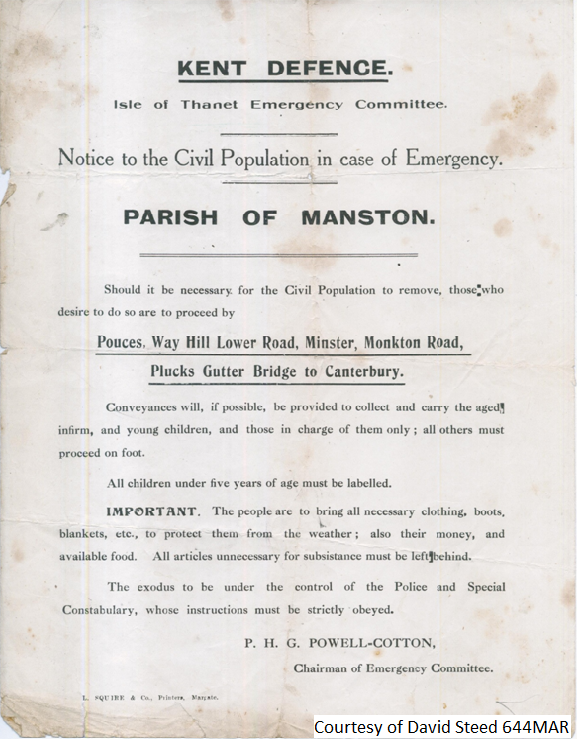 Son of: A. Coombe of Fulham

Cause of death: Trying to save a small boy from drowning at Joss Bay

Voyage: Mined in the English Channel

Prior to joining Territorial’s, attached to Officers Training Corps, Oxford

Cause of death: Injuries sustained in crash to trees due to low cloud and mist near Marchelepot

Son of: Richard and Mary Jane Price, of Broadstairs

Cause of Deat: Drowned in a river at Petworth, Sussex

Father: Crew member of a Trinty House Light Ship on the East Coast

Son in law of: Superintendant of Broadstairs and St Peter's Fire Brigade (Mr.T.Farrier)

Employed: As a waiter at The Balmoral Hotel, Broadstairs

Cause of Death: Killed accidently by a bomb (grenade)

Son of: John Drew Piggott and Harriett Piggott of Broadstairs

Cause of Death: Wounds at sea

Employed by: The Automobile Association

Cause of death: Killed in action - battle of Armentieres - Action at Radingham)

Cause of Death: Killed in action at Ypres

Cause of Death: Killed by enemy shell-fire - Battle of Armentieres, Action at Radingham

Son of: William and Adelaide Neale of Broadstairs, Kent

Cause of incident: Grounded in storm off North coast of Ireland, 9th January, 1918

Son of: Walter Moore of Cranbrook

Cause of Death: Killed in action, Salonika

Employed by: Mr. Lanes of the high Street

Employed by: Mrs. Harrison of the ‘Broadway’, Broadstairs

Cause of death: Influenza

Cause of death: Wounds inflicted by Gas

Served in the South African War and in the Yeomanry

Cause of death: Pneumonia

Employed by Mr. A Whiting of ‘The Railway Tavern, Broadstairs, Kent

Son of: James and Jane Kirby of Hampstead, London

Cause of Death: Killed in action 1917

Nephew of: Cllr Pemble of St Peter’s and of Corporal Edgar Stevens

Served in: The Dardanelles, Egypt and France

Cause of death: Fever in Malta

Employed by: J. T. May & Son, Builders as a bricklayer

Cause of Death: Died of wounds

Husband of: Maud A. G. Harty of 57 Albion Street, Broadstairs

Son of: William and Ann Harris

Employed as: Postman in Broadstairs

Cause of death: Air accident, aircraft spun in on a practice flight

Cause of death: Killed in air-operation whilst flying in D.H.4, serial A7856

Cause: Collided with P&O Liner Kashmir in fog

Location: West of Scotland, off the Isle of Islay

Employed by: J.T. May, Builder

Employed by: Mr. R. I. Sims of Sowell Street, St Peter’s Broadstairs, Kent as a baker

Cause of death: Killed in Action

Employed: At father's firm as a builder and decorator

Grave Refrence: Pier and Face 1A and 8A

Cause of Death: Vessel destroyed by internal explosion

Cause of Death: Killed in action – In France

Served in: France in September 1916

Cause of Death: Pneumonia, following influenza

Son of: Henry and Alice Bunce

Cause of death: Diabetes

Cause of Death: Pneumonia

Cause of death: Died after an operation at the Nethercourt V.A.D. Hospital

Son of: Henry William and Louisa Britton of Broadstairs

Son of: Henry and Elizabeth Brenchley of Broadstairs, Kent

Cause of Death: Wounds - Injured in legs by a rifle-grenade

Unit: H.M.Fleet Messenger 'Susetta'- (Second Officer Mercantile Marine Reserve) 'Susetta’ built in 1904 for William Rowland, of Runcorn. July 1915. Requisitioned by the Government for use in the ill-fated Dardanelles campaign 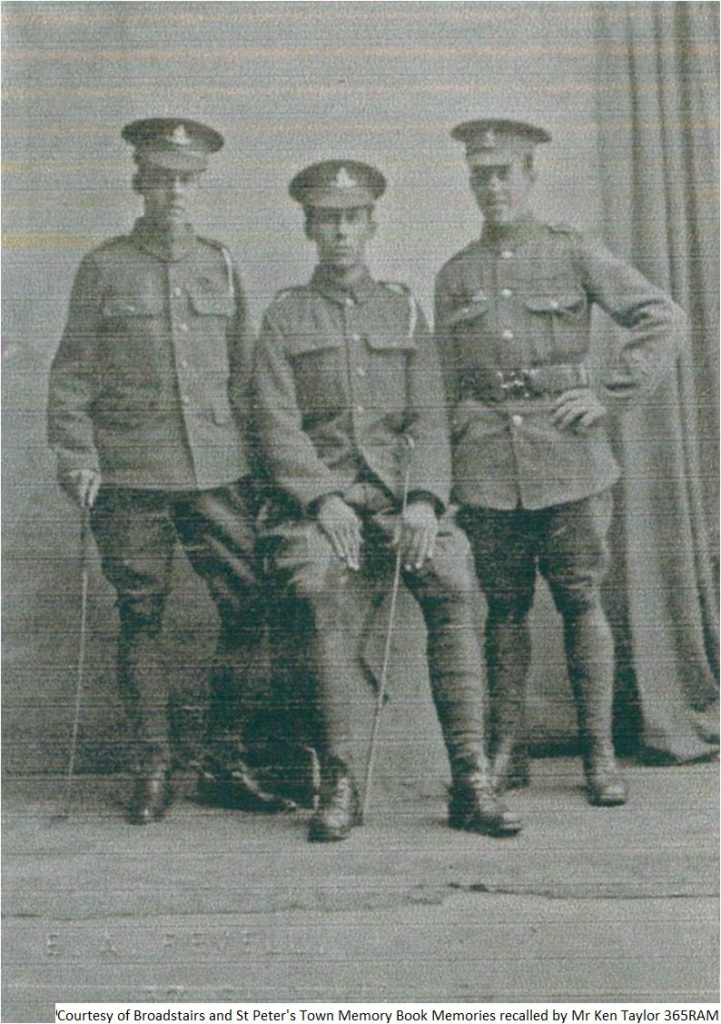 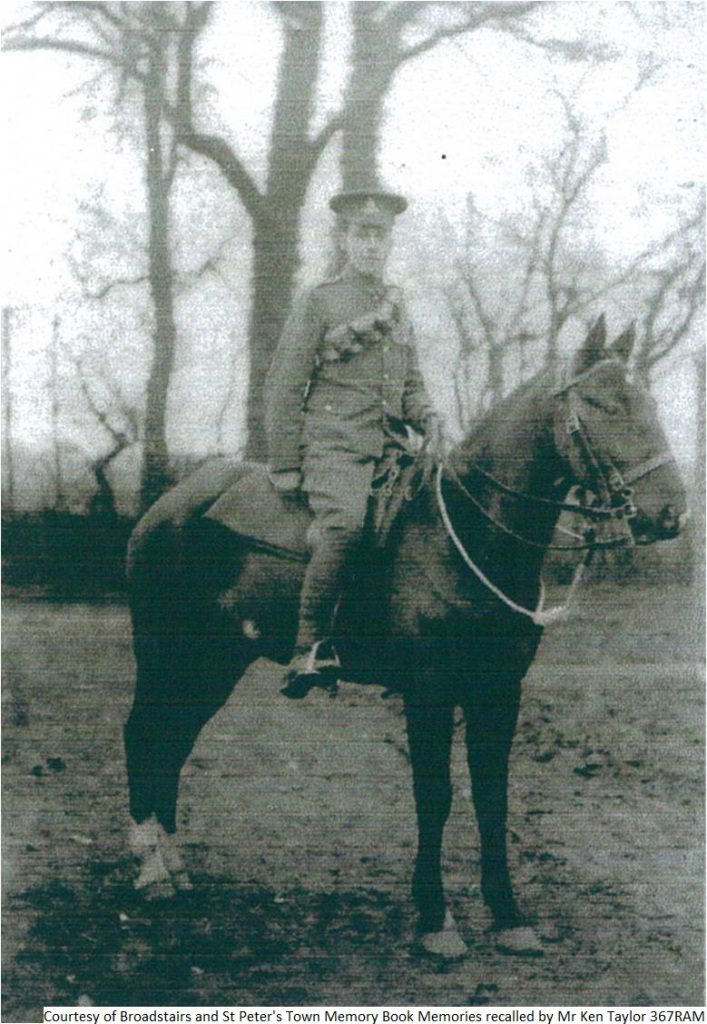 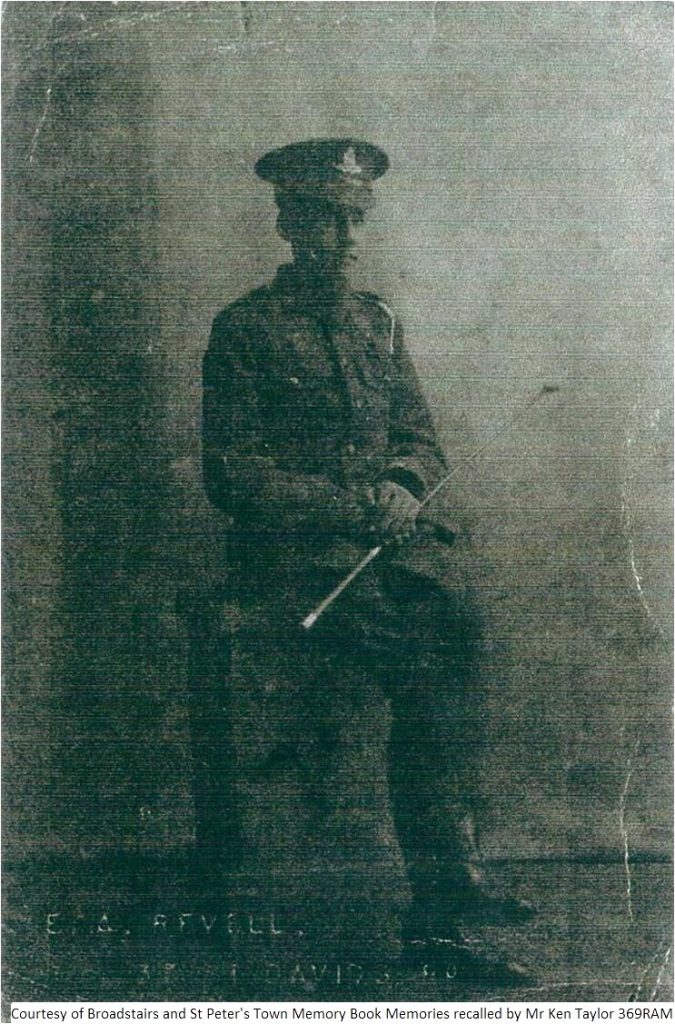 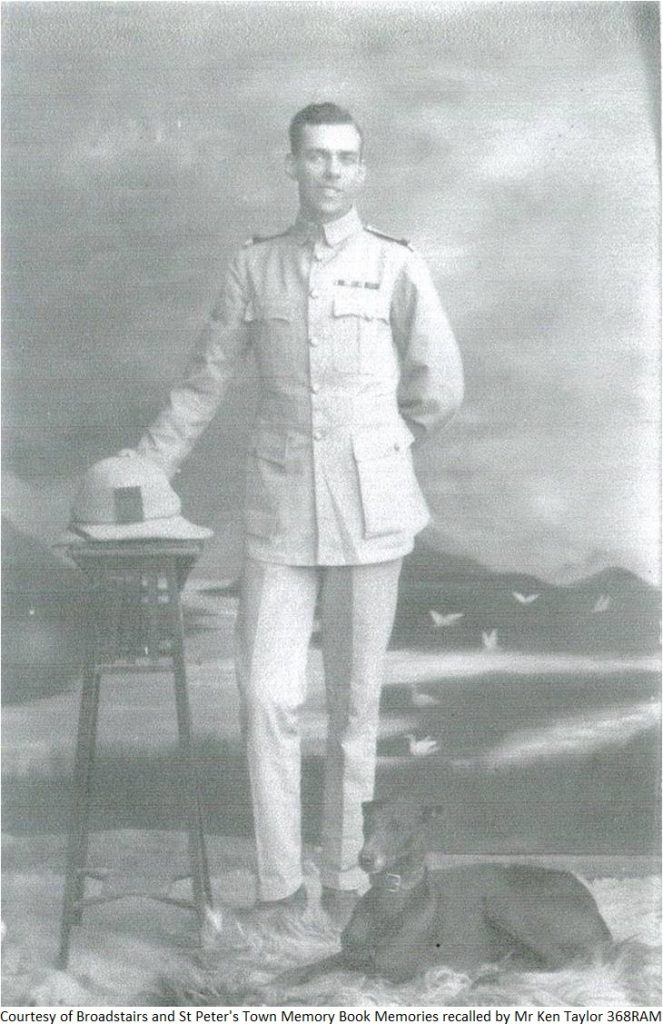 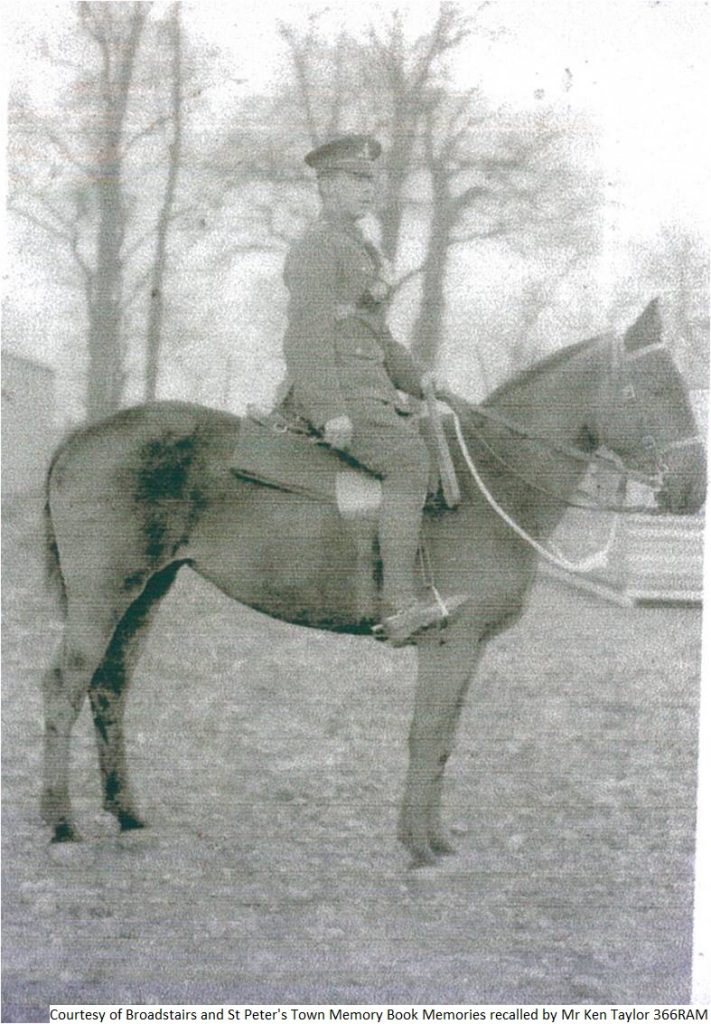 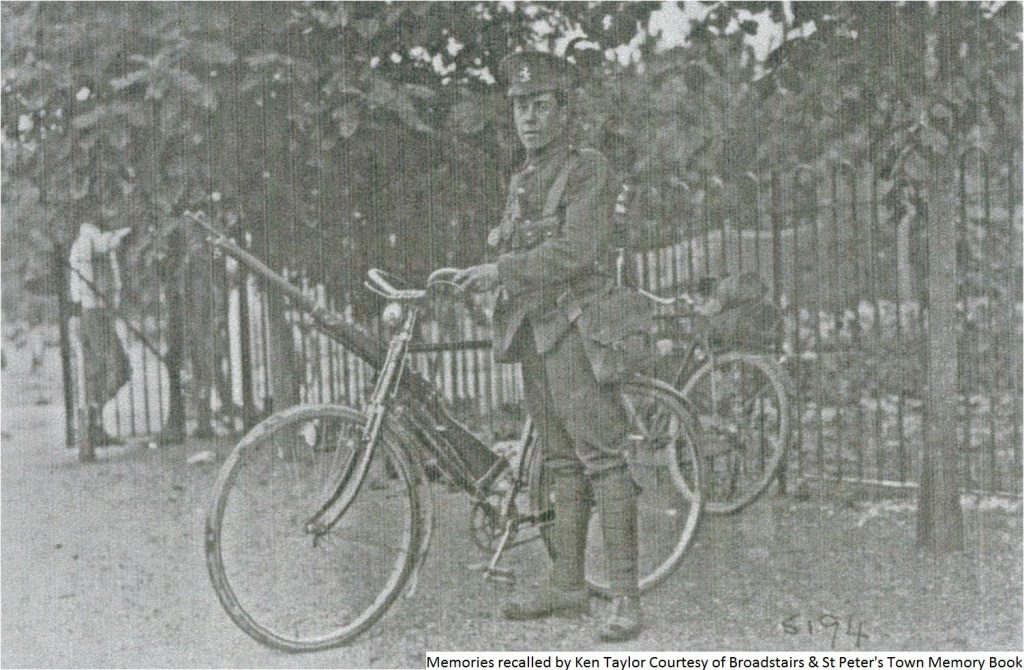 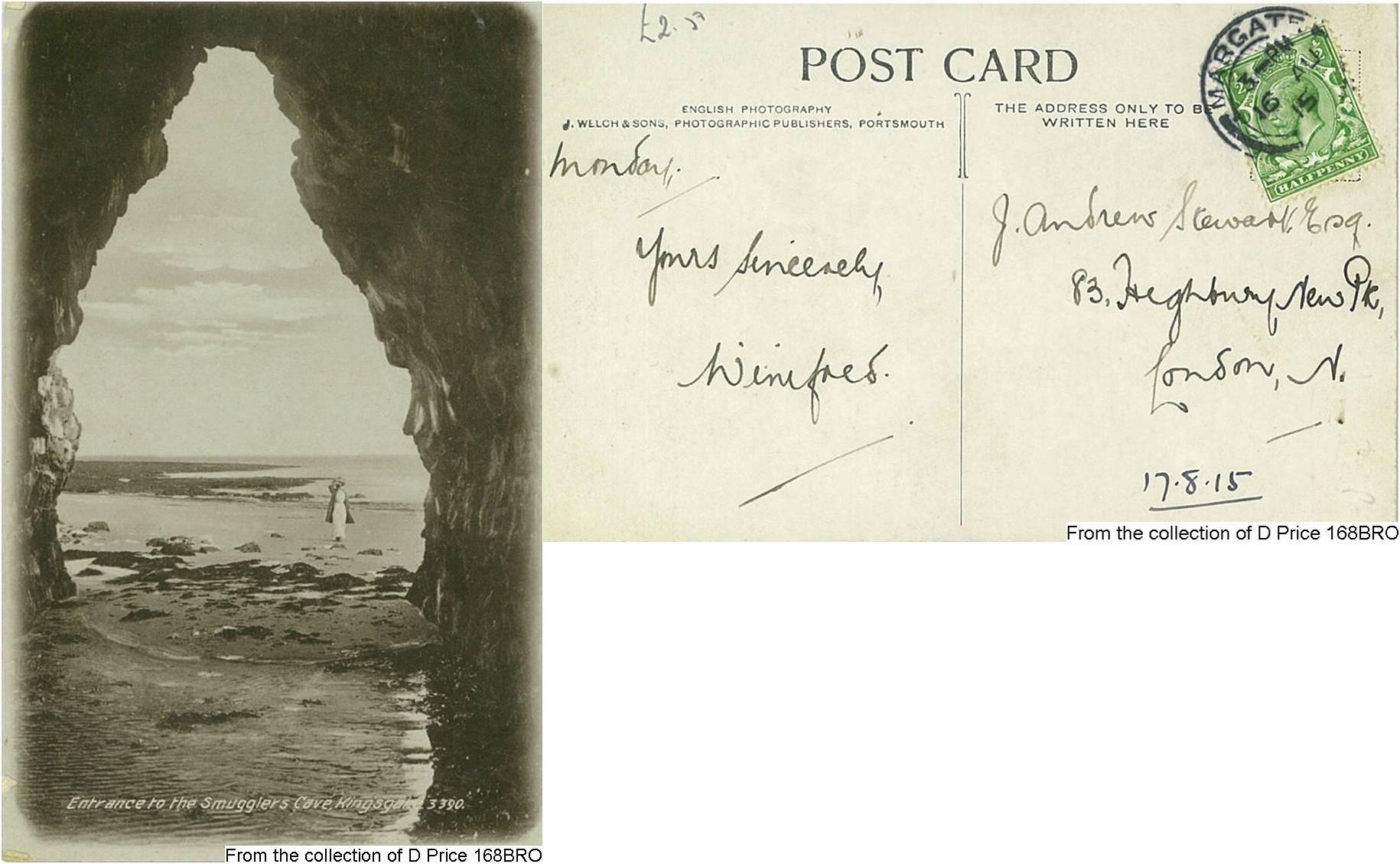 *We have since had new information regarding the location of this picture. Maggie Cook has contacted Kent in WW1 to say she believes this picture may be along Broadstairs beach as in the background 'Eagle House' can be seen. Thanks also to James Brazier, whose research has confirmed to us that this picture was taken at Viking Bay in Broadstairs. 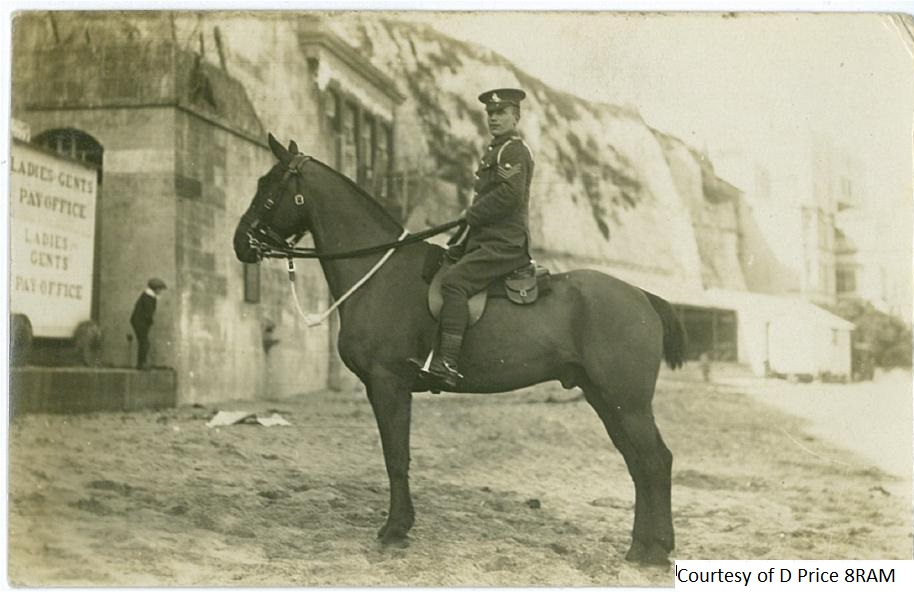 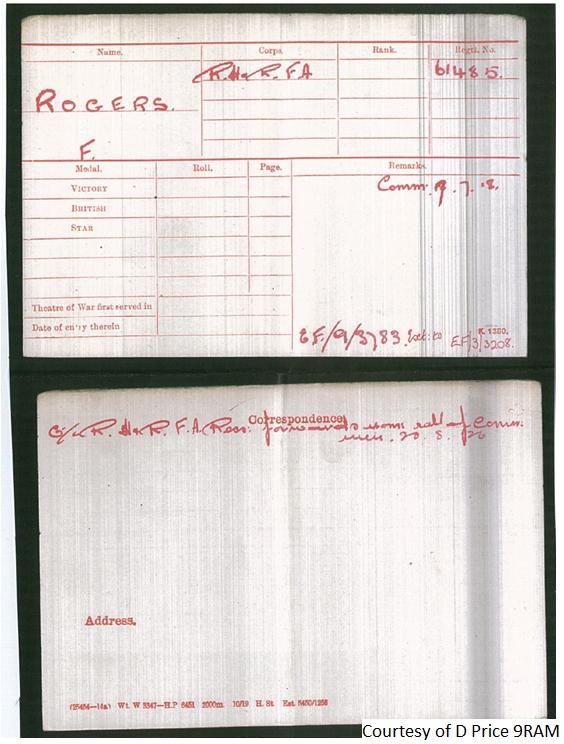 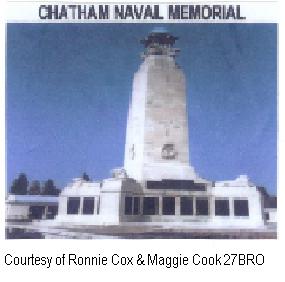 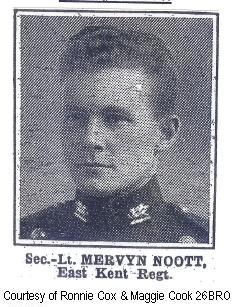 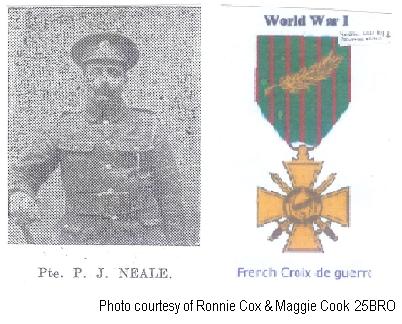